Arizona’s forfeiture laws are so complicated that even lawyers often struggle to understand them—let alone the average person. People caught up in Arizona’s forfeiture maze face a system where each turn can lead to a dead-end. Property owners have only 30 days to either petition the prosecutor to reconsider the forfeiture or ask permission to go to court to fight back. But this process requires owners to file a sophisticated legal document with a lot of information—often without the benefit of a lawyer. If they miss the 30-day window or mess up the document, they lose their property forever. And most of the time, it is the prosecutor—not a judge—who decides what to give back and what to keep. Even worse, police and prosecutors get to keep 100 percent of what they forfeit, setting up a financial incentive to seize as much property and cash as they can. In fact, Arizona law enforcement seized more than $25,000,000 in 2017 alone.

Navajo County prosecutors used a procedure that turns prosecutors into judges to keep the Platts from having their day in court. After prosecutors started the forfeiture proceeding, Terry and Ria mailed in the paperwork to get it back before the 30-day window closed. But prosecutors told the court the paperwork didn’t count without giving a reason why or letting the court see the paperwork, and instead demanded the court give the car to the prosecutors’ office. Amazingly, Arizona law says that courts have to take prosecutors at their word when they demand “uncontested forfeiture,” an administrative proceeding where there is no judge, but rather a prosecutor who reviews petitions and decides whether to keep the property or return it.

Arizona’s forfeiture maze is unconstitutional and this case is an example of precisely the sort of abuse that Arizona courts have warned about in the past. Arizona’s forfeiture scheme makes it too easy for law enforcement to take property from innocent owners while robbing them of their due process rights. That is why the Institute for Justice and the Platts filed a lawsuit to put a stop to “uncontested forfeiture,” bring Arizona’s forfeiture statutes in line with the requirements of due process, and win the return of Terry and Ria’s car.

Shortly after IJ got involved, the prosecutors changed their tune and “voluntarily” returned it. And the Platts’ story helped convinced the Arizona legislature to eliminate a number of troubling features of Arizona’s forfeiture laws. But Arizona still allows “uncontested forfeiture” from those who have never been charged with, much less convicted of, any crime. So the Platts and IJ have continued to fight in court to ensure the violation of Terry and Ria’s rights is recognized and so that this cannot happen to them or others in the future. Opposition to Motion to Strike Claims

Motion to Dismiss by Navajo County 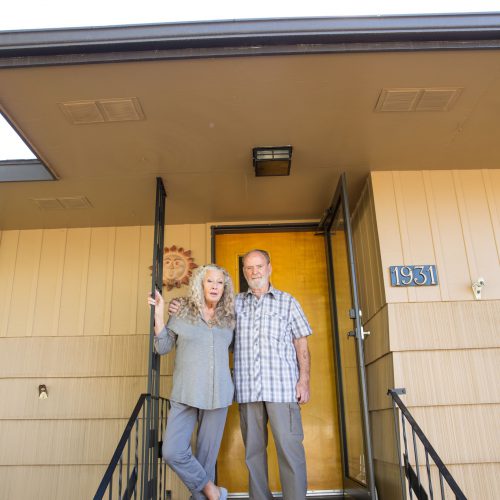 When the Platts found themselves ensnared by Arizona’s forfeiture scheme, Arizona had just  earned a D- in IJ’s 2015 Policing for Profit study for having some of the worst forfeiture laws in the nation. Arizona law allows law enforcement to seize property often based on a showing of mere probable cause—the lowest standard of proof there is. When property owners mail in paperwork to claim their property, prosecutors can act like judges and throw out the property owner’s case without their claim ever being read in court. Exacerbating the problem, law enforcement officials can keep and spend up to 100 percent of what they forfeit. These laws set up a perverse financial incentive that encourages law enforcement to try to forfeit as much property and cash as possible and makes it incredibly difficult for innocent property owners to fight back. Victims are thrown into a maze of confusion that often leaves them without a way out.

Soon after Terry and Ria’s car was seized, they received a “Notice of Pending Forfeiture Making Uncontested Forfeiture Available” in the mail. The notice contained two pages of fine print informing them that Navajo County wanted to forfeit their car—and they had only 30 days to file a claim (with the court) or petition (with the prosecutor) if they wanted to object to the forfeiture. Terry and Ria consulted a lawyer who told them it would cost $4,000 to fight the forfeiture and the chances of winning were slim. Unable to afford a lawyer, the Platts tried to respond to the highly complex and confusing notice as best they could and mailed a handwritten response to the prosecutor in time to meet the 30-day deadline. However, their response would not get to a judge, as they thought. Instead, their response went to the prosecutor and Terry and Ria found themselves lost in Arizona’s forfeiture maze.

Using a process called “uncontested forfeiture,” prosecutors—not a judge or jury—would decide if Terry and Ria would get their car back.

The government argued that—although Terry and Ria provided all the required information and signed the petition—they did not include the words “under penalty of perjury” with their signatures. This, the government said, meant Terry and Ria were precluded from ever getting their car back. Notwithstanding the detailed information in the petition and an additional 29 pages of supporting documentation, including a photocopy of a two-year-old check to their auto lender and their vehicle title, the government claimed that by not including those four words, “the Platts deprived the State of any opportunity to consider the Petition.”

Arizona’s forfeiture statutes are complex, highly technical laws which even lawyers (to say nothing of ordinary people) often struggle to understand. Even though forfeiture seeks to take property from its owners, the owners are not a party to the forfeiture. Instead, to protect their rights and object to forfeiture, owners must either petition the prosecutor to reconsider the forfeiture or make themselves a party to the litigation by filing a claim. Either way, they must comply with a long list of technical requirements, including complex legal citations and mailing requirements, for their case to be considered. 1 And they have just 30 days to provide this information.

If a property owner misses the deadline, or even if the prosecutors simply don’t think the claim or petition is good enough, the property owner loses any ability to contest the forfeiture. This means that the government will be the only party to the forfeiture. Moreover, when the government is the only party to the forfeiture, the government gets an even lower burden of proof to forfeit the property; mere probable cause as opposed to a preponderance of the evidence or, following the legislative reforms, clear-and-convincing evidence. 2   As the Arizona Supreme Court has already recognized, this “virtually assur[es] forfeiture.” 3

Even if a property owner can successfully make themselves a party to the forfeiture, the procedures are still stacked against them. Property owners are presumed guilty and have to prove their innocence—without the benefit of a lawyer, which the government is not required to provide because forfeiture is not considered a criminal proceeding. Essentially, the property owner will be left alone to figure out Arizona’s “broad and far-reaching” forfeiture statutes. 4

No discussion of Arizona’s forfeiture statutes is complete without mention of the profit incentive. Law enforcement officials—both prosecutors and police—have a direct and perverse financial interest in forfeiting property. The Attorney General and various County Attorneys, for example, control the proceeds from forfeited property. 5 By law, these prosecutors hold the proceeds for the benefit of police agencies and the prosecutors’ office. 6 These proceeds are then used for, among other things, paying salaries and other compensation for the very people who are working on forfeiture. This means that both police and prosecutors have an obvious financial incentive to take property through forfeiture, motivating them to win at all costs rather than pursue justice impartially.

Magnifying all the constitutional faults of forfeiture is a peculiar system called “uncontested forfeiture,” the trap Terry and Ria unknowingly fell into: a system in which a prosecutor—who has a conflict of interest because he stands to profit from the forfeiture—also gets to act as the judge.

The U.S. Supreme Court has long recognized that “administrative adjudicators” with a conflict of interest “should not adjudicate” disputes. 7 After all, it violates the 14th Amendment’s due process protections to subject a person’s “liberty or property to the judgment” of a government agent who has a financial incentive to judge against the person. 8 Due process is violated not just when the adjudicator receives the profits of the judgment directly, but also when the adjudicator’s “executive responsibilities for . . . finances may make him partisan to maintain the high level of contribution” from the adjudications. 9

This is exactly what happens in “uncontested forfeiture.” The prosecutor, whose office benefits from and controls forfeiture proceeds, is given adjudicatory power to unilaterally reject objections to forfeiture. And worse yet, in Terry and Ria’s case, the prosecutor argues the courts are without power to allow property owners into the case to object.

Arizona Reformed Forfeiture Laws But Did Not Address Some Important Issues

In 2017, in response to cases like the Platts’, the Arizona Legislature enacted important reforms to this forfeiture system. The reforms,

The 2017 reforms did not, however, address the two key issues in this case: the profit incentive or uncontested forfeiture. That is why IJ continues to litigate the case.

This case is being litigated by IJ Attorneys Paul Avelar and Keith Diggs.

3: Wohlstrom v. Buchanan, 180 Ariz. 389, 391, 884 P.2d 687, 689 (1994) (“Amicus argues that because the state still had to show probable cause, petitioner did not really lose anything. Few who are familiar with the process would agree. Because no one was present to challenge the state’s case and petitioner had no chance to prove a forfeiture exemption under § 13-4304(3), this proceeding was essentially ex parte. And, as any lawyer knows, it is considerably easier to prevail in an ex parte matter than in a contested one.”).

7: Gibson v. Berryhill, 411 U.S. 564, 579 (1973).[/c] After all, it violates the 14th Amendment’s due process protections to subject a person’s “liberty or property to the judgment” of a government agent who has a financial incentive to judge against the person. 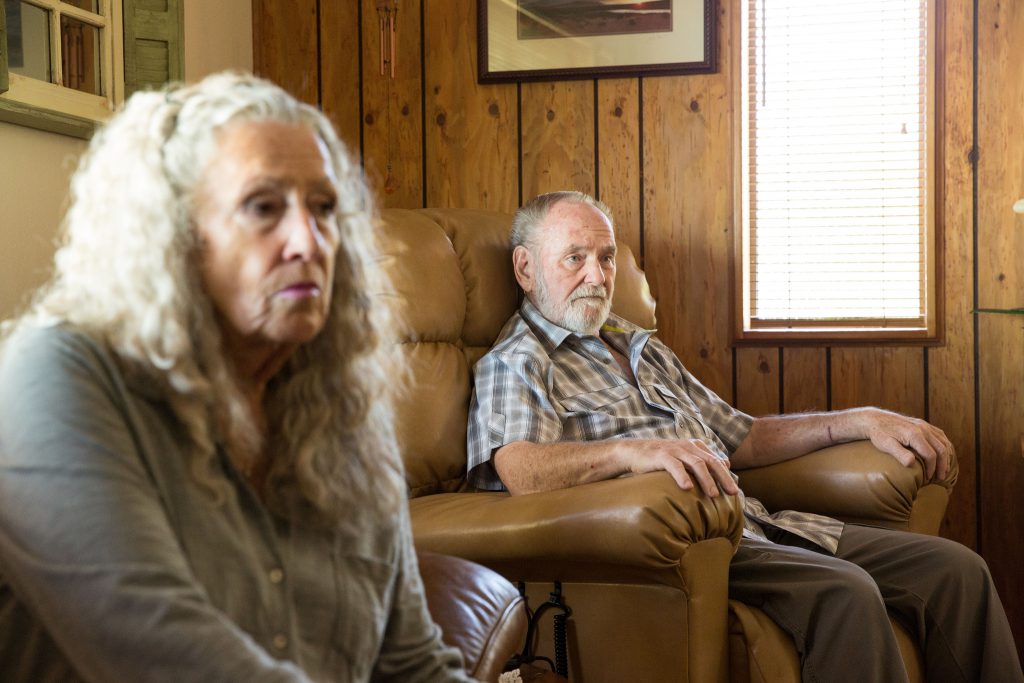 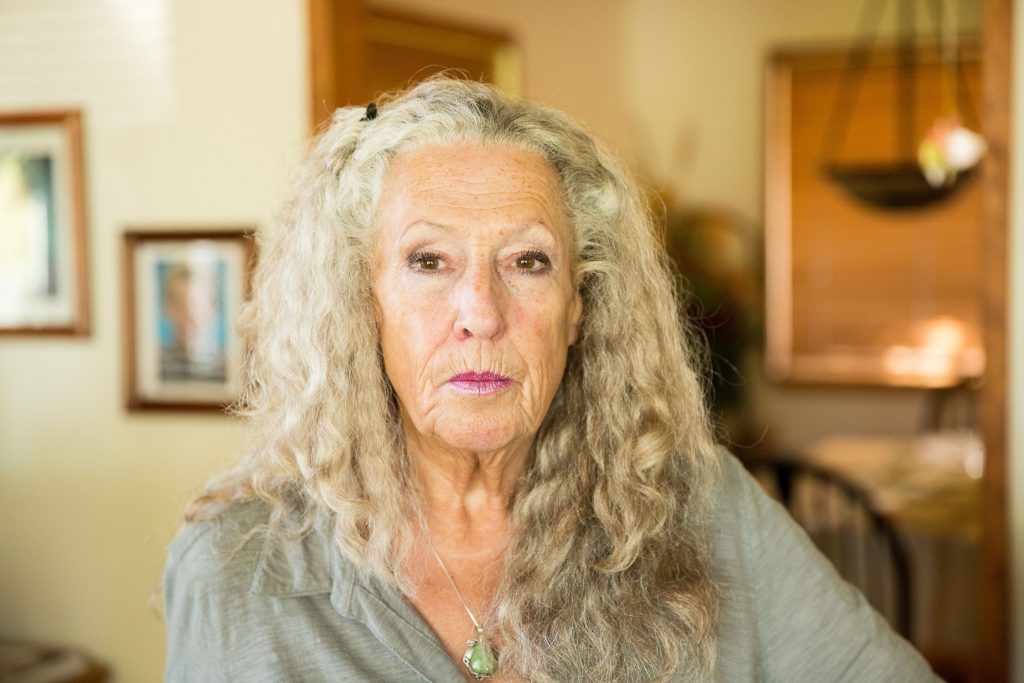