New IJ Study Documents the Power of One Entrepreneur

New IJ Study Documents the Power of One Entrepreneur 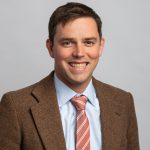 Let’s face it: America could use some entrepreneurial heroes right about now. And the good news is, they are out there.

A recently released Institute for Justice report documents how one entrepreneur can transform not only her industry, but also the lives of those around her.

The Power of One Entrepreneur: Melony Armstrong, African Hairbraider (www.ij.org/Power) explains how a lone hairbraider from Tupelo, Miss., helped create at least 300 jobs across the state through her advocacy and education, while also improving the lives and lot of those around her by providing economic opportunity and demonstrating how an entrepreneur can succeed in the face of tremendous odds. Although this report tells the story of one entrepreneur—Melony Armstrong—it is a story that can be told and retold through countless other entrepreneurs like her in small towns and big cities nationwide.

IJ Director of Strategic Research Dick Carpenter, Ph.D., the report’s co-author, said, “If the impact of this one entrepreneur in a relatively small Mississippi community can be as wide and deep as documented in this report, imagine the transformation entire communities of unhampered entrepreneurs could create in America’s largest cities where hope and opportunity are in such great demand.”

The Melony Armstrong report is the first in a series of profiles on former IJ clients that the Institute for Justice is creating under the title, The Power of One Entrepreneur. Other entrepreneurs to be featured in reports released early next year will be in different industries and in different regions across the nation.

In Tupelo, Miss., for example, Melony Armstrong demonstrates the power of one entrepreneur. A petite, 40-year-old African-American mother of four who owns Naturally Speaking, a hairbraiding salon in Tupelo, Melony has grown into an inspiring economic force bringing needed hope and opportunity to her community and her state.

But first—like too many entrepreneurs nationwide—Melony had to overcome regulatory barriers that kept her from pursuing her occupation, employing others, teaching her craft and mentoring other aspiring entrepreneurs. These regulations, seen in industries as diverse as taxicabs and funeral services, are typically supported or even enforced by industry insiders on state regulatory boards and do little more than keep out competition and suppress consumer choice.

To open her doors as a hairbraider, Mississippi law required Melony to spend 300 hours in cosmetology classes, none of which covered hairbraiding, to earn a “wigology” license. Then, to teach others how to braid hair, Mississippi required Melony to spend another 3,200 hours in classes (again, with no instruction in hairbraiding) to obtain a cosmetology license and a cosmetology instructor’s license—hours she could use more productively running her business, teaching others about braiding, volunteering in her community or nurturing her family.

Melony joined with the Institute for Justice in August 2004 to challenge these onerous government regulations. Weekly, she travelled seven hours round-trip to the state Capitol to convince legislators to do away with Mississippi’s senseless regulation of hairbrading. In April 2005, Mississippi’s governor signed a new law that did just that, requiring only basic health-and-safety regulations for braiders.

Since the restrictions were lifted, more than 300 individuals have registered hairbraiding businesses in Mississippi, taking once-underground businesses “legit” (moving from the informal into the formal economy) and opening new enterprises in places where customer demand was once unmet. And because of the change in Mississippi’s laws, aspiring braiders are moving there from neighboring states.

The regulatory change has also freed Melony to hire other stylists to work in her busy salon, thus unleashing her entrepreneurial potential and her economic and social impact on the broader community. She has taught more than 125 individuals how to braid and employed 25 women in her salon. For many, this job represents their first steady paycheck and a way to support themselves and their families.

“The results of the lawsuit have given an opportunity to people who had the talent to braid but couldn’t and were on public assistance,” said Chervy Lesure, a hairbraider who trained under Melony and worked in her salon before opening her own salon with her sister.

“Small-business entrepreneurs like Melony and those she has trained and inspired represent the backbone of the American economy,” said IJ Research Associate John Ross, the report’s co-author.

Institute for Justice President and General Counsel Chip Mellor said, “Individuals like Melony offer a key part of the answer to the questions, ‘How can America recover from its current economic downturn? How can we create long-term, sustainable growth?’ That power lies where it always has in America: Not in needless government red tape, but in the power of one entrepreneur.”

John E. Kramer is the Institute’s vice president for communications.