Behind the Scenes at the CYAC Trial

Behind the Scenes at the CYAC Trial 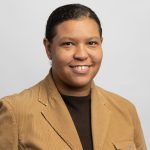 IJ's trial successfully defending the property rights of our clients required not only strong minds and strong spirits, but also strong back as out team moved IJ's litigation "war room" to a different hotel, thereby saving the Institute $14,000.

Going to trial is about the hardest thing a lawyer does. The nights are sleepless. There are thousands of documents. Witnesses say unexpected, even crazy, things. You have to write entire briefs in one day and be prepared to argue any legal issue on the spot. The judge could do anything at any minute to sink the case. You go down into the trenches, get shelled around the clock and stagger out weeks later in a daze.

In March, a team from IJ manned the frontlines in the fight against eminent domain abuse in a trial involving our CYAC boxing gym case. Here’s a glimpse into what you don’t see on shows like Law & Order.

The IJ Gypsy Caravan: Private practice lawyers often live like kings on their corporate clients’ dime. But an IJ public interest lawyer is more Motel 6 than Four Seasons. So when our judge had to bump the trial back one week after all five members of our IJ team (Senior Attorneys Dana Berliner and me, Staff Attorneys Dan Alban and Doran Arik, and Paralegal Kyndra Griffin), arrived in San Diego we needed to economize fast. Although we had initially negotiated a reasonable rate at a reasonable hotel, we finagled an even better deal at a different hotel from the one we initially booked (saving $14,000!), and spent an entire morning wheeling bazillions of documents, supplies, suitcases and electronics down the street on hand dollies.

Chivalry Dies, But Kyndra Survives: As our paralegal, Kyndra, needed to copy, organize and be able to instantly identify mountains of documents. To do this, she constantly shuttled between the “war room” (a converted hotel suite) and the offices of our local counsel a few blocks away. The first time she announced that she was going to the local counsel’s office at night, I chivalrously said I would escort her, protecting her from the evildoers of downtown San Diego. Over the next few days, it dawned on me that Kyndra was faster and tougher than I, and that she was going to go over at all hours with or without me, so I meekly accepted my own wimpiness and stopped trying to follow her around.

Doran Does 2,000 Pages in Two Days: Doran started at IJ in January and was immediately tossed into the CYAC woodchipper, working hours that would terrify the most highly paid Wall Street lawyer. And we piled on even more during trial. She bore this with the endurance of Lance Armstrong, but had to dig even deeper when it fell to her to go through 2,000 pages of environmental and redevelopment reports in two days, flagging everything important. Given her general state of exhaustion and the mind-numbing content of these documents, Dana and I would have felt less guilty asking her to juggle flaming chainsaws blindfolded. For two days, like a Zen monk, Doran sat cross-legged on the floor of the war room immersed in reams of bureaucratese, preparing to lead us from ignorance to enlightenment. Her diligence paid off in spades when those moments arose, again and again, in which we needed to know something that was in those documents, and every time Doran came through.

Dan Steps Up Big Time: Dana was doing the work of three people getting our expert examinations ready and I was writing a brief to prevent a bunch of confusing and irrelevant evidence from coming in. It became obvious that neither of us would be ready to do the questioning of a key hostile witness at trial. Dan, who had only been at IJ since this past summer, and who had been helping Dana prepare for this witness, volunteered to work through the night to be ready to do the examination. Dan and I skipped trial that morning to hone his outline and relentlessly drill different scenarios in which the questioning could go haywire. When the time came, he stepped up to the podium and delivered an outstanding examination of the witness, eliciting testimony that turned out to be crucial to our victory.

Dana Handles the Experts Like an Expert: A major part of our case was the testimony of two experts. Einstein would have been baffled by Dana’s ability to cram 48 hours worth of work into every 24-hour day, but that is what Dana had to do to prepare them. In the middle of our first expert’s testimony, the judge unexpectedly ruled that huge areas of his testimony were inadmissible, and her detailed outline of questions to ask had to be rewritten, in her head, on the spot, to stay within the judge’s ruling and still get what we needed. And all of this had to be done without betraying any sense of frustration or loss of confidence. The next day with our other expert, after Dana wrote a new line of testimony overnight to fit under the judge’s ruling, the expert stepped onto the witness stand and promptly spilled a pitcher of ice water all over the court reporter. Dana and I looked at each other and shrugged. This seemed like one of the least insane things that had happened so far.

I Go Charlie Sheen: I work out a lot and was theoretically “in training” for an ironman triathlon while the trial was going on. I called IJ President Chip Mellor at one point to update him and whined that not only hadn’t I worked out for three days, I couldn’t remember going three days without physical activity since 1994. I then had to go five more days without working out. This radical lifestyle shift took place just as the nation was gripped with Charlie Sheen fever. I found myself constantly peppering the trial team with inspirational Charlie Sheen quotes such as “you can work all night, you’ve got tiger blood and Adonis DNA.” As the CYAC trial seemed ready to sap my last drop of sanity, I wondered how I had gone from swashbuckling freedom fighter to Charlie Sheen groupie. Luckily, at about that time, my wife showed up with our nine-month-old son, Will, for a brief visit. We dubbed him “Little Will,” made him the Team CYAC mascot, and this snapped me back to reality.

When the trial finally ended, we packed up the war room in a fog, knowing that we had been through something extraordinary. The last thing to come down was a fortune cookie message taped to the TV that said, “Functioning superbly comes automatically to you.”

I guess that cookie was onto something. One month later, the judge handed down a sweeping victory for the CYAC and property owners across California. All I could do was harness my inner-Charlie Sheen and think, “Winning!”