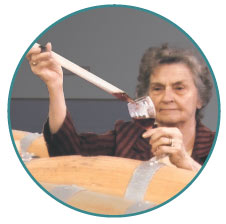 The case technically is about wine, but it’s really about one of the core freedoms secured by the Constitution: the opportunity to engage in interstate commerce.

A key failing of the Articles of Confederation was the propensity of states to erect protectionist trade barriers. The Framers of the Constitution, acting through the commerce clause and the privileges and immunities clause, created a national free-trade zone.

The salience of that promise is never greater than in the Internet era, which has produced more outlets for consumer goods and services than at any previous period in history.

But predictably, it also has produced a backlash among special interests with a powerful stake in preserving the status quo, who have responded with all sorts of restrictions on the interstate flow of commerce in everything from cars to contact lenses.

The legal battle lines are drawn around wine. In recent decades, the number of wineries has grown exponentially to more than 2,100, mostly small boutique enterprises. At the same time, the number of distributors has shrunk. But laws in 27 states require that all out-of-state wine flow through in-state distributors. The result: drastically reduced consumer choices, diminished entrepreneurial opportunities and huge monopoly profits for the middlemen.

After 26 months of litigation against the State of New York and seven law firms representing powerful private interests (including the state’s four largest wholesalers), we presented oral argument last month in Swedenburg v. Kelly, our constitutional challenge to open up the nation’s second-largest wine market.

IJ represents two out-of-state wineries and three New York consumers who would like to purchase their wines. The wholesalers, who have essentially taken over defense of the trade barriers from the State, have fought tenaciously to protect their turf, even advancing the absurd argument that the wholesaler laws promote “temperance” objectives. The defense is a joke considering that not a single instance of minors ordering wine over the Internet has been reported (outside the context of state-generated sting operations), while 3,000 complaints are filed each year against retailers and other New York distributors for underage access.

After extensive briefing and boxloads of exhibits, the parties gathered for argument in a packed courtroom of the U.S. District Court for the Southern District of New York on April 17 before Judge Richard Berman. The spirited argument lasted two hours. Judge Berman promised to rule as quickly as possible.

Several other cases around the nation raise similar issues, and so far the tally is split 3-3, with courts upholding bans on direct shipment in Indiana, Florida and Michigan as a proper exercise of the state’s regulatory power over alcohol under the 21st Amendment, and striking them down as unconstitutional trade barriers in Texas, North Carolina and Virginia. With a split like that, the issue seems destined for resolution by the U.S. Supreme Court.

It is in New York where defenders of the status quo have circled the wagons, amassing resources like never before to protect their state-created monopoly. This case will go far in determining whether markets remain free in the Internet era—and whether the right to pursue an honest living continues to have resonance in America’s third century.