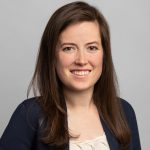 As the new school year begins, families across New Hampshire are enjoying new choices for their kids’ education. Thanks to a major legislative victory spurred by an IJ lawsuit, people like IJ clients Dennis and Cathy Griffin, who live in a New Hampshire “tuitioning town,” are now eligible for tuition payments for their students even if they choose a religious, rather than secular, private school.

New Hampshire’s tuitioning towns, like those that are the subject of IJ litigation in Maine and Vermont, are towns that lack public schools for at least some grade levels. For those grade levels, tuitioning towns instead pay tuition for their students to attend private schools or public schools in other districts. Until the passage of this legislation, New Hampshire families in tuitioning towns were ineligible for these tuition payments if they chose to send their children to religiously affiliated private schools, even if they were the best or closest option for the family.

Dennis and Cathy joined IJ last August in filing a constitutional challenge to New Hampshire’s exclusion of religious schools from the town tuitioning program. That challenge, launched on the heels of IJ’s victory in Espinoza v. Montana Department of Revenue, argued that New Hampshire’s exclusion violated the rule set out by the U.S. Supreme Court in Espinoza—namely, that the First Amendment bars states from excluding religious schools from generally available educational choice programs solely because the schools are religious.

Governor Sununu signed the bill in July, ensuring that New Hampshire families in tuitioning towns could look forward to the new school year with the ability to choose the best schools for their children. For Dennis and Cathy, that means their grandson, Clayton, can participate fully in the state’s tuitioning program as he begins eighth grade at the school that’s right for him.