Jeremy’s shop is a private space. It sits on his property just a few dozen feet from his home, where he and his wife home-school their five young children. His wife helps with the books and his children are frequent visitors during the day. Customers visit the shop by appointment only and, even then, there are private areas in the shop where customers are not allowed.

But Jeremy’s desire for privacy doesn’t matter to the Ohio Department of Natural Resources (ODNR). Although Ohio does not regulate the work of taxidermists and deer processors, it does require them to maintain records of the animals they work on. And to enforce that recordkeeping requirement, ODNR grants its wildlife officers free rein to inspect taxidermy and deer processing shops without warrants.

For years, these warrantless searches were only a minor inconvenience for Jeremy. But following a personnel change at ODNR in 2011, the searches became increasingly intrusive and disruptive. During an inspection of his deer processing shop at the height of hunting season in 2020, he politely asked an officer to come back and inspect his taxidermy shop when it opened in a few weeks. Jeremy was then criminally prosecuted and threatened with jail time. Now, Jeremy has no choice but to comply with future warrantless searches or else face additional criminal charges.

ODNR’s treatment of Jeremy and other taxidermists and deer processors is unconstitutional. The Fourth Amendment generally forbids warrantless searches of private businesses. And although ODNR has pointed to an exception for “closely regulated industries,” Ohio doesn’t even regulate taxidermists or deer processors—it just requires them to keep simple records. If the government can side-step the Fourth Amendment by requiring businesses to keep records, then no business would ever be free from warrantless searches.

Now Jeremy, represented by the Institute for Justice, is fighting back to protect his constitutional rights. Jeremy has filed a federal lawsuit asking the court to hold that ODNR’s warrantless inspections violate the Fourth Amendment, because a simple recordkeeping requirement does not make it open season for government officials to barge into your place of business whenever they want. 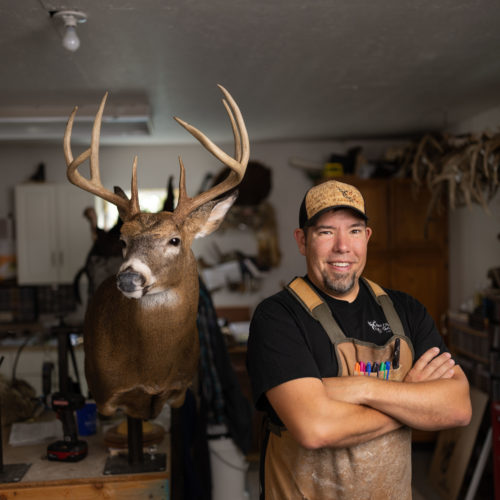 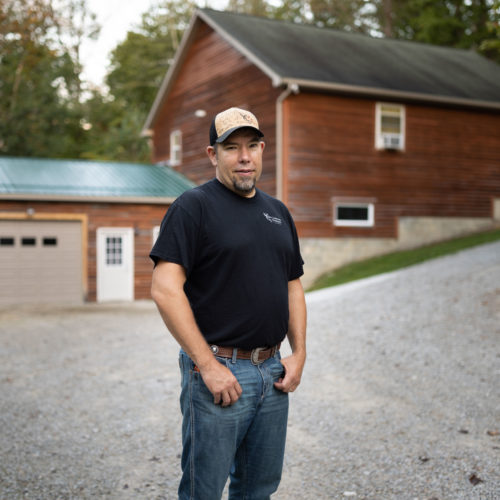 Victory for Ohio Taxidermist Who Fought Against Warrantless Inspections

For Jeremy Bennett, taxidermy is his calling and life’s work. He taught himself the craft in high school through a mail-order course and started a small taxidermy business in his parents’ basement. After high school, he continued to practice taxidermy part time for several years, slowly growing his reputation and customer base through hard work and quality craftsmanship. In 2005, Jeremy took the leap and devoted himself full time to taxidermy. He personally designed and built the two-story shop that houses his business. And because many of his taxidermy clients are hunters, Jeremy began offering deer processing services (breaking down a deer and providing selected cuts of meat to the hunter). Doing business as New Creations Taxidermy and Deer Processing, Jeremy processes deer on the lower floor of his shop during peak hunting season and works on taxidermy on the upper floor the rest of the year.

Jeremy’s shop is more than just a workplace: It’s a private space on private property that he wants to be secure against unwanted visitors. The shop sits just a few dozen feet from his house, where he and his wife home-school their five young children. Sometimes, the kids do lessons or assignments in the shop. And Jeremy’s wife helps with various tasks around the shop, too. Signs on the outside the shop inform visitors that the shop is private property and open by appointment only, while signs on the inside make clear that there are certain areas where only shop employees can go.

Unfortunately for Jeremy, the Ohio Department of Natural Resources (ODNR) has different ideas. According to ODNR, its wildlife officers have nearly unfettered authority to enter and snoop around Jeremy’s shop, without his consent and without a warrant.

ODNR does not regulate taxidermists or deer processors—but it requires them to submit to warrantless records inspections anyway.

Ohio does not regulate the work of taxidermy or deer processing in any way.

But Ohio does regulate hunting. And to help enforce limits on when and how hunters may hunt, Ohio requires taxidermists and deer processors to keep records of the animals they work on. The records do not have to be maintained in any particular form, but they must be kept for at least two years.[1]

To enforce the recordkeeping requirement, ODNR regulations direct wildlife officers to enter taxidermy and deer processing shops “at all reasonable hours and inspect the records and premises where operations are being carried on.”[2] The regulations do not define “reasonable hours” or “where operations are being carried on,” so in practice, wildlife officers decide for themselves when and where to search. There are no limits on how often wildlife officers may conduct warrantless, suspicionless searches, or how long they may take to conduct a search.[3] Nor are there any limits on the items or containers the officer may rifle through, or any other substantive restrictions on how the officer can conduct the search.[4] This essentially gives officials free rein to conduct warrantless searches of taxidermy and deer processing businesses.

ODNR’s regulations do not require any suspicion of wrongdoing before conducting a warrantless inspection. Ironically, the only time there are meaningful constraints on searching taxidermists and deer processors is when a wildlife officer has “good reason to believe” a shop contains illegally hunted animals. In that case, a shop owner may refuse a search and require wildlife officers to obtain a warrant.[6] But if wildlife officers lack good reason to suspect illegal activity, they are free to demand entry.

Jeremy has experienced wildlife officers’ broad search authority firsthand. For many years, he had a positive relationship with the officers who inspected his shop. But after a new officer was assigned to Hocking County in 2011, the searches became more intrusive and disruptive, and the relationship deteriorated. Searches could take up to five hours as the officer explored non-public spaces of Jeremy’s shop, rummaged through business papers, cabinets, and drawers. One time, the officer even emptied out all of the freezers and then left the mess behind for Jeremy to clean up. When Jeremy asked the wildlife officer what he was looking for, Jeremy recalls the officer replying: “Everybody does something wrong. I just have to find out what you’ve done.”

Things took a turn for the worse on December 9, 2020. Following an hour-long inspection of his deer processing shop, the officer asked to inspect Jeremy’s taxidermy shop. The inspection had already been extremely disruptive, as it was the height of deer hunting season, the shop was quite busy, and Jeremy was short-staffed due to COVID-19. Also, the taxidermy shop was closed for the season and just being used for storage.

So, Jeremy politely responded that the taxidermy shop was closed, but that the officer was more than welcome to come back when the shop was open in a few weeks. The officer left without objecting, so Jeremy thought that was the end of the matter. But a few months later, Jeremy was criminally prosecuted and threatened with jail time for “refusing” the officer warrantless entry into his taxidermy shop. Jeremy ultimately agreed to plead no contest and pay a fine of $150.

The criminal charges are behind him, but Jeremy remains subject to ODNR’s program of warrantless, suspicionless searches. Private property isn’t really yours if government officials can barge in whenever they want without your consent or a warrant. But that is precisely the situation Jeremy faces now, backed by the threat of additional criminal charges.

Jeremy should not have to live in fear of criminal prosecution just for asking a government official to come back later. The Fourth Amendment protects the “right of the people to be secure in their persons, houses, papers, and effects, against unreasonable searches and seizures.” Under the Fourth Amendment, warrantless searches of non-public areas of businesses are unreasonable unless one of the narrow exceptions to the warrant requirement applies. But no such exception applies to Jeremy’s shop.

ODNR has pointed to a narrow exception that permits warrantless searches for a small set of “closely regulated industries,” so long as there are sufficient limits on the frequency, timing, duration, and scope of the searches.[7] The Supreme Court has only ever identified four such industries that qualify for this exception: liquor, firearms, mining, and junkyards.[8] But it would be nonsensical to apply this exception for closely regulated industries here because, other than recordkeeping, Ohio does not regulate taxidermists or deer processors at all.

And even if Ohio did closely regulate these businesses, ODNR fails to satisfy two of the criteria required to make its warrantless searches reasonable under the Fourth Amendment. First, the warrantless searches must be “necessary to further the regulatory scheme” behind the searches.[9] But there is no reason why Ohio cannot obtain a warrant or provide taxidermists and deer processors with precompliance review (that is, an opportunity to challenge the search before an impartial decisionmaker, like a judge, before being punished for refusing to comply). Indeed, the Supreme Court has held that warrantless inspections are not “necessary” to enforce mere recordkeeping requirements.[10]

Second, the “inspection program, in terms of the certainty and regularity of its application, must provide a constitutionally adequate substitute for a warrant.”[11] But ODNR’s regulations and policies provide its wildlife officers with nearly unfettered discretion to determine who to search, when, for how long, and for what purposes. Such open-ended searches, guided only by the principle, “I’ll know it when I find it,” violate the Fourth Amendment.

The court and the parties

The Institute for Justice is a nonprofit, public interest law firm that fights for property rights nationwide. This case is the first lawsuit filed as part of IJ’s Project on the Fourth Amendment, which seeks to restore and protect Americans’ rights to security and privacy against unreasonable government searches and seizures. This project builds on IJ’s years of work protecting property owners from unconstitutional searches. IJ is currently litigating on behalf of property owners and tenants facing unconstitutional home inspections in Illinois, Iowa, Pennsylvania, and Washington State. And in Tennessee, IJ is challenging wildlife officers’ practice of trespassing on private land and even installing surveillance cameras to search for potential hunting violations.

In 2016, the Department of Labor demanded $550,000 from a family farm in southern New Jersey. In their case, the agency served as prosecutor, judge, and jury, and the agency won every time. The brothers… 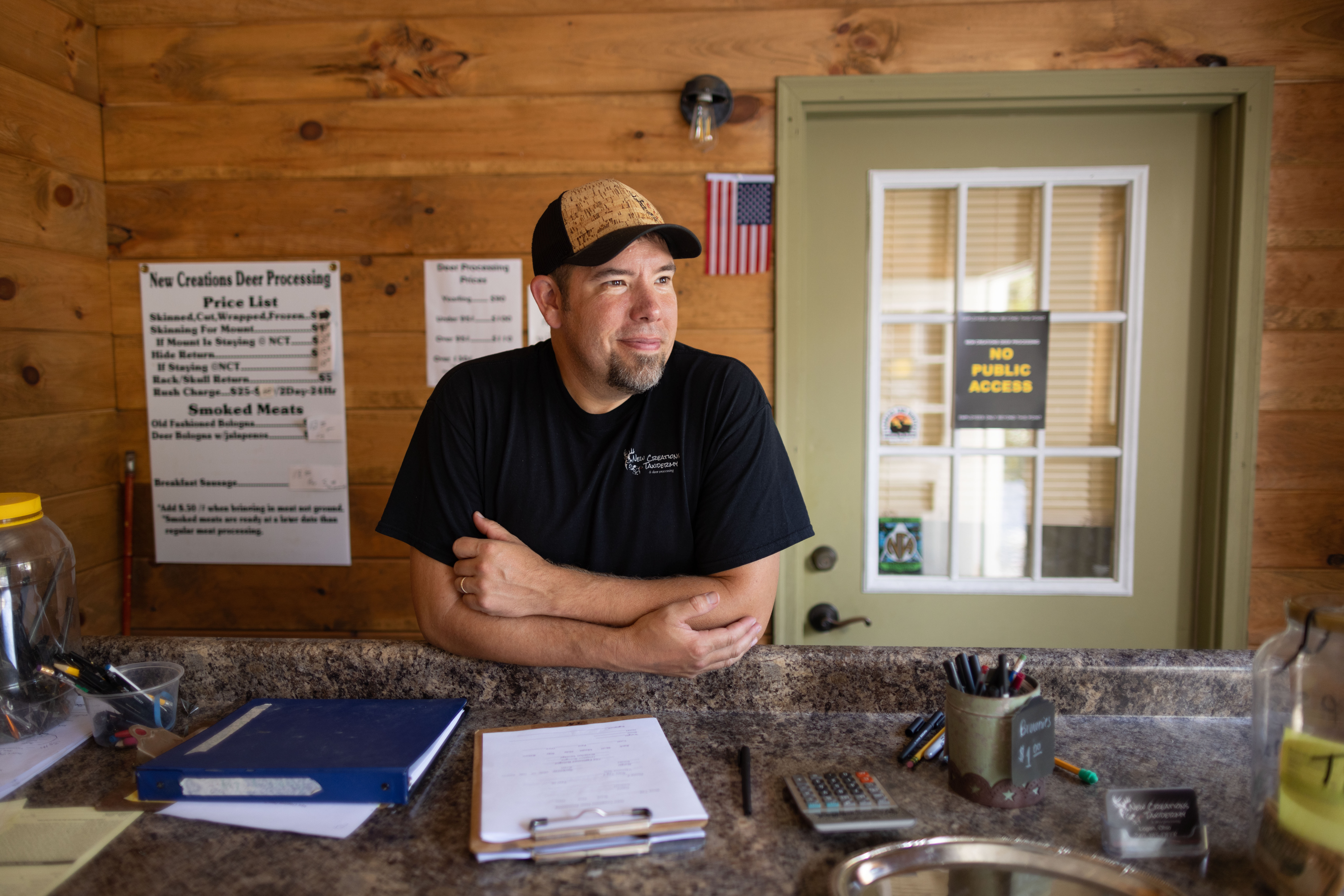