Jeremy Sark and Marie Dougherty are classic small-town entrepreneurs. Jeremy opened Sark’s Automotive, an automotive repair shop and U-Haul rental business, in 2013 in Mauldin, South Carolina. Marie joined him in 2016 and has been running the business with Jeremy ever since. Since opening, the business has grown and today Jeremy and Marie employ 17 people and serve over 10,000 customers per year. But Mauldin officials, pursuing long-elusive private economic development, decided that U-Haul trucks and trailers are simply too ugly for the new downtown they envision. The Mauldin City Council amended the city’s Zoning Ordinance to outlaw U-Haul rentals almost everywhere as of December 31, 2022, forcing Jeremy and Marie to close this important part of their small business.

Mauldin has been trying to modernize and create a downtown area for more than a decade. Developers—and their plans—have come and gone. Pursuing yet another grand plan in 2021, the city amended its Zoning Ordinance to change which uses are permitted on N. Main Street and near downtown. Mauldin grandfathered in every existing business except U-Haul rentals, meaning only U-Haul rentals have to close (or relocate) under the new zoning laws—apparently because some private developers once indicated that truck and trailer rentals were a bad look for a city.

But that violates South Carolina law—the government can’t prohibit someone from continuing a safe, reasonable, preexisting use of private property. That’s why Jeremy and Marie have joined up with the Institute for Justice (IJ) to fight the city’s unconstitutional zoning law that will close down their U-Haul business. Victory for U-Haul Business as Mauldin, South Carolina, Agrees Not to Ban Its Truck Rentals

Jeremy and Marie Are Hardworking Entrepreneurs

Sark’s Automotive opened in 2013. Since then, Jeremy and Marie have performed automotive repairs and rented U-Haul trucks and trailers from their location on N. Main Street in Mauldin, South Carolina. Mauldin is a small town of 25,000 just south of Greenville. Just like most small-town entrepreneurs, Jeremy and Marie lead busy lives. They spend long hours at the shop to provide for themselves and their loved ones, pouring everything they have into their business. Several of their six children work in the family business.

Jeremy and Marie have been successful—Sark’s Automotive has grown steadily since opening. It currently has 17 employees and serves around 50 customers a day. Over the years, they have spent roughly $300,000 to make the property suitable for the business and planned to stay at the location indefinitely.

Small-town Mauldin has big-city plans. For a decade, city officials have worked with a string of developers and investors on plans to give downtown Mauldin a makeover with the hopes the town could grow to be more like neighboring Greenville. The developers and their plans came and went without being completed. Finally, a developer out of Greenville seems ready to make a move. The developer apparently has contracted to purchase land from the city with the plan to build a new “City Center” with pickleball courts, upscale restaurants and retail shops, and multi-family housing. But the development is far from assured—construction has not begun and its projected opening has already been delayed a year.[1]

Even though the developer is in place, city officials decided they needed to eliminate many of Mauldin’s longtime businesses. According to the mayor, a developer expressed a dislike for U-Haul businesses.[2] The city’s response: “[W]e need to clean that up.”[3] That’s it. A random developer with no stake in Mauldin states an opinion about U-Hauls, and the city decides to destroy an important part of the Sarks’ successful business from out of the blue.

So, as part of a broad overhaul to the city’s zoning laws, the City Council prohibited the “sale and rental of moving trucks [and] trailers”—i.e., U-Haul—in all zones but one, effective December 31, 2022.[4] (Banning a land-use while giving existing instances of that land-use a period of time to wind up is called “amortization.” Cities use amortization to avoid having to compensate property owners for taking their property or business, on the theory that the property owner has reasonable time—in the government’s view—to recoup their investment in the property.) Sark’s Automotive is not in the one zone where U-Hauls will be allowed, so Jeremy and Marie’s U-Haul business has to close or relocate by January 1, 2023.

It would be far too expensive for Jeremy and Marie to buy or lease a new property in the zone where U-Haul rental is allowed. Plus, their current location on Main Street is otherwise perfect. The amortization provision will force them to stop renting U-Hauls after nine years of serving Mauldin’s residents—all because the city’s leadership thinks there is no place for Jeremy and Marie’s U-Haul business in the private economic development that has eluded the city officials for a decade.

Closing the U-Haul portion of Jeremy and Marie’s business means they will lose tens of thousands of dollars in revenue annually, will have to lay off at least one (and possibly two) of their valued employees, and will pay more for business insurance because they will lose discounts through U-Haul. They will also lose the work they do repairing U-Haul trucks and trailers. But that’s only the direct damage Jeremy and Marie will suffer. Renting U-Hauls also generates auto repair business from people who learn about Sark’s Automotive when they drop off their U-Haul rental truck or trailer. Some of these customers return to Jeremy and Marie to have their personal vehicles repaired for years. By pursuing private economic development without integrating the businesses that have brought Mauldin to this point, the city has dealt a serious blow to the business Jeremy and Marie have invested in, as well as the community it serves.

Taking Jeremy and Marie’s U-Haul business serves no practical purpose for the city. Sark’s Automotive is hardly out of place at its location on Main Street. On one side of their location is an auto parts store and on the other is a big box furniture store. Directly across the street is a mayonnaise manufacturing plant. Other nearby businesses on N. Main Street include a retailer of manufactured homes, a swimming pool-repair company, an auto paint and body shop, a tire shop, more auto parts stores, and a rental car business. Perhaps recognizing the similarities between the rental car and U-Haul rental businesses, the city went out of its way to state that rental car businesses were exempt from the new ordinance.[5] Every other business in the city of Mauldin will be allowed to continue just as it was before under the city’s new zoning laws—only U-Haul businesses must stop or move.

Worse yet, the ban does nothing at all to improve the city’s appearance (even if that were a legitimate reason to destroy a business, which it is not). Jeremy and Marie’s location is well-maintained, and the U-Hauls keep a low profile—most of them are kept behind the Sark’s Automotive body shop. Plus, there is a property less than a quarter-mile away, also on N. Main Street, where U-Haul rentals will continue to be allowed. Since nearby properties have similar commercial or industrial uses, the neighborhood where the Jeremy and Marie are currently located will be virtually unchanged.

All in all, closing down Jeremy and Marie’s U-Haul business does not transform N. Main Street into some fancy area of town, but rather eliminates a safe, ordinary, productive business that fits in with its surroundings and provides income, good jobs and tax revenue for Mauldin and its residents.

Using a sunset provision to prohibit a current use of property in the future is called “amortization.” Legally, you have a right to keep using your property as you have been as long as the use is not dangerous or a nuisance. Under some circumstances, the government can take that right, but it has to pay compensation for the lost use. But, to circumvent the obligation to pay compensation, crafty governments started “amortizing” uses they didn’t like by giving people an extended time (usually one to five years) to stop the use. Government officials claim the time given to continue the use is itself “compensation” allowing the property owner to recoup his or her investment.

But the government shouldn’t be able to take your property rights just by letting you have them for a bit more time. Letting you continue your current use of your property is not “compensation”—it’s the law. If it were “compensation,” the government could ban any use of property as long as it provided advance notice. But rights cannot be erased by government fiat. One more year of operating their U-Haul business does not come even close to compensating Jeremy and Marie for the indefinite number of years they will lose out on revenue.

The South Carolina Supreme Court has long ruled that unless there is a clear, pressing danger, an existing business must be allowed to continue after a zoning change that would otherwise prohibit it. In short, the city’s power to regulate property through zoning does not include the power to terminate ordinary, preexisting businesses just because the city doesn’t want them there anymore.

The U-Haul ban also violates the Due Process and Equal Protection Clauses of the South Carolina Constitution (Art. I, Section 3). Due process in South Carolina protects property rights from arbitrary government regulations that do not advance a legitimate government interest. The Equal Protection clause ensures that similarly situated people are treated equally by the government. Closing down Jeremy and Marie’s safe, preexisting U-Haul business will harm them (and Mauldin), while doing nothing to advance Mauldin’s health and safety, or even its appearance. And the city is allowing every other business—even those very similar and very nearby to the Jeremy and Marie’s U-Haul business—to continue under its new zoning ordinances.

The amortization provision also “takes” Jeremy and Marie’s property rights in the U-Haul business without any compensation, let alone just compensation. That violates the city’s obligation under the eminent domain power to make compensation before it takes private property. Additionally, the city is taking the property for private economic development, which the Takings Clause of the South Carolina Constitution (Art. I, Section 13(a)) explicitly forbids.

Founded in 1991, the Institute for Justice is a non-profit, public interest law firm and the nation’s leading advocate for private property rights. For over 30 years and at no cost to clients, IJ has litigated in the courts of law and in the court of public opinion to defend free speech, property rights, economic liberty and educational choice. IJ has brought suit against various property rights abuses, including a challenge to a North Carolina city’s amortization of short-term rentals, and a case in Texas where a city tried to stop an auto mechanic from opening because he didn’t have 28 parking spots for his two-bay shop. 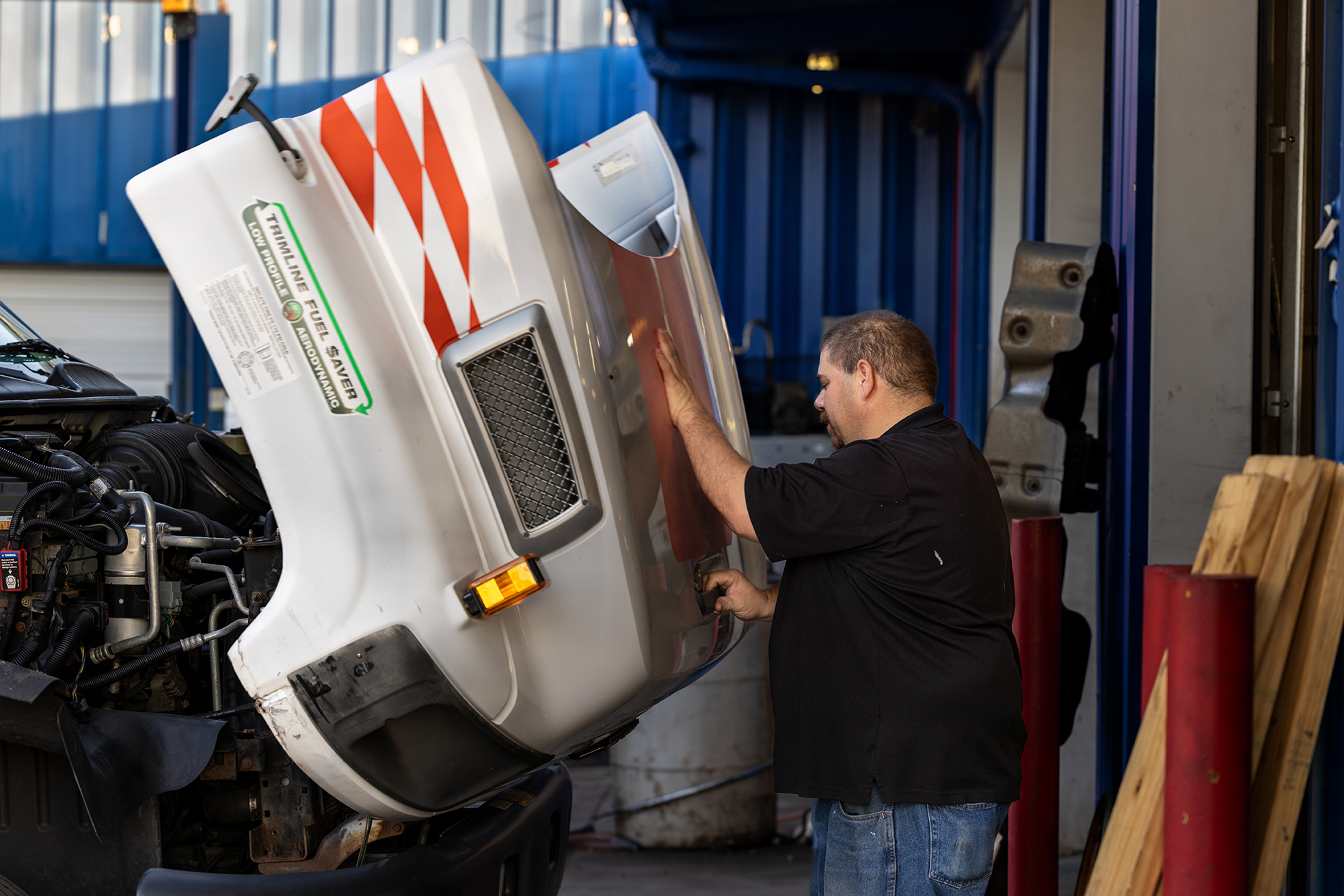 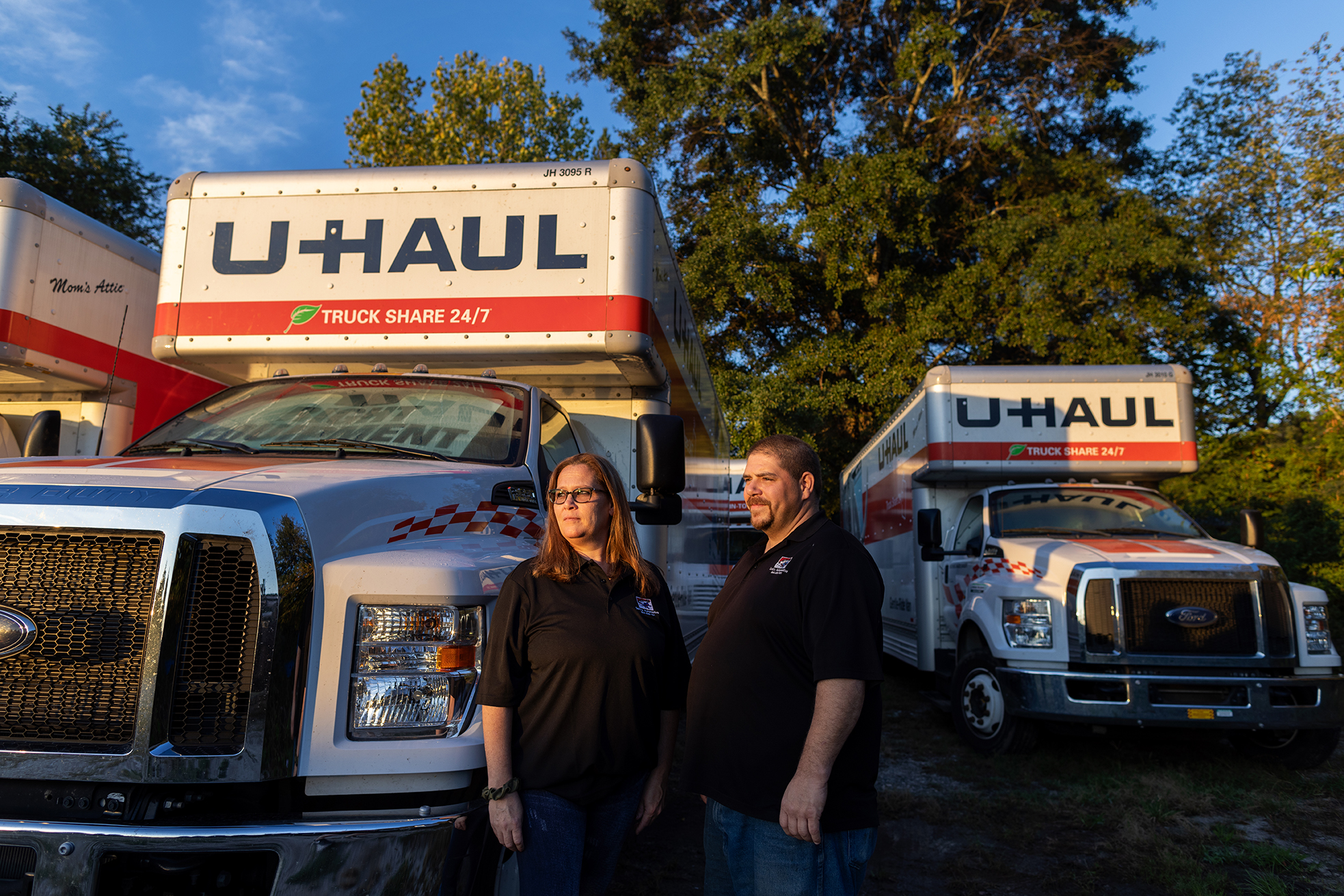