What Can State Legislators Do?

If local or state government employees violate constitutional rights within the scope of employment, PECRA requires that governments stand behind their employees’ official actions. This incentivizes governments to take responsibility for hiring, training, managing and disciplining employees the way private employers do. PECRA does not create personal liability for government employees nor does it affect criminal prosecutions. 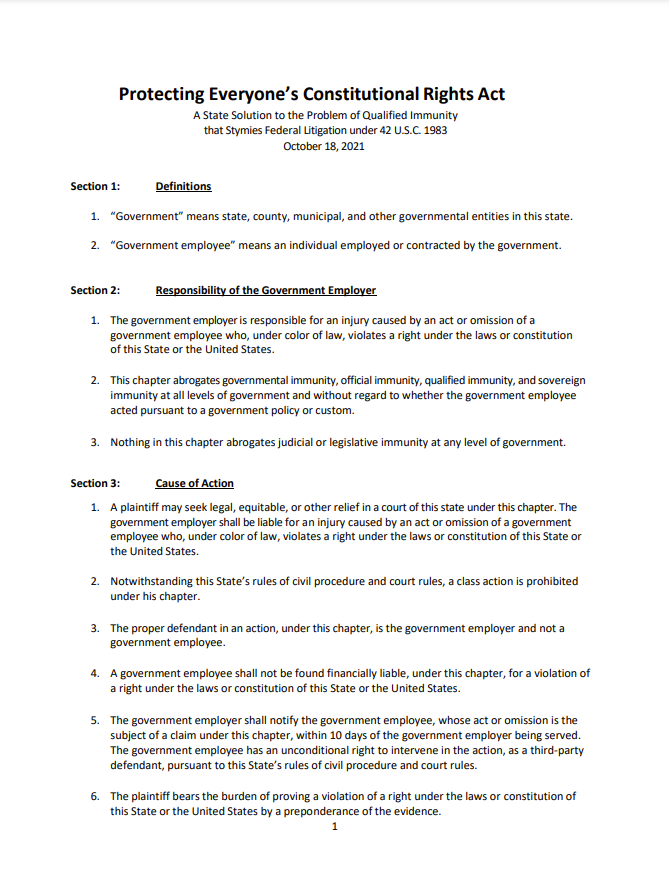