Stephen Lara did everything right. But, as readers of Liberty & Law know well, even innocent people aren’t safe from civil forfeiture.

Stephen is a 39-year-old retired Marine from Lubbock, Texas. He is a devoted father of two teenage daughters and, once a month, he drives from Texas to see them in California, where they live with their mother. Eager to be closer after spending the pandemic in Texas caring for his elderly parents, he has been shopping for a home near the California-Nevada border.

In February 2021, Stephen was making his usual trip west through Reno when he was pulled over by the Nevada Highway Patrol for supposedly following a tractor-trailer too closely.

The officer complimented Stephen’s driving, thanked him for observing the speed limit, and explained that NHP was “conducting a public information campaign” to help drivers avoid danger.  Confident that the officer was only there to help, Stephen cooperated with his escalating investigation, even volunteering that he was carrying a large amount of cash.

Ninety minutes later, Stephen had been robbed of his life savings—$86,900—which he carried with him after a spate of robberies in his parents’ neighborhood. The officer who pulled Stephen over wanted to let him go; he was overruled by NHP Sergeant Glenn Rigdon, who ordered the money seized specifically so that it could be “adopted” by the U.S. Drug Enforcement Administration.

“Adoption” is a process by which federal law enforcement agencies can take over a seizure by state and local law enforcement. If the federal government is successful in forfeiting the property, its “equitable sharing” program guarantees the state or local agency that seized the property up to 80% of the proceeds for use in the agency’s budget.

In Stephen’s case, the DEA sat on his life savings for months, ignoring the legal deadlines requiring it to charge Stephen with a crime, begin a civil forfeiture case against his property, or return the money within six months of seizure. The DEA did none of those things. So, on August 30, IJ sued it in federal court on Stephen’s behalf.

Early the morning of September 1, the agency announced it would return all of Stephen’s money. In less than 24 hours, it had learned of our lawsuit, answered hard questions from The Washington Post, and committed to reviewing its policies for federal adoptions.

I was with Stephen when we learned he would be getting his money back. Filled with joy, he told us, “This isn’t over.”

And it isn’t. At the same time we filed in federal court, we also filed a major constitutional challenge in state court. Our state case aims to make federal adoptions impossible in Nevada as violations of the state constitution’s guarantees of reasonable seizures supported by probable cause and due process of law—not based on mere suspicion or for the financial benefit of the seizing agency. If we are successful, it will be the first time a state court has struck down federal adoptions. And a victory will take the profit motive out of roadside seizures. 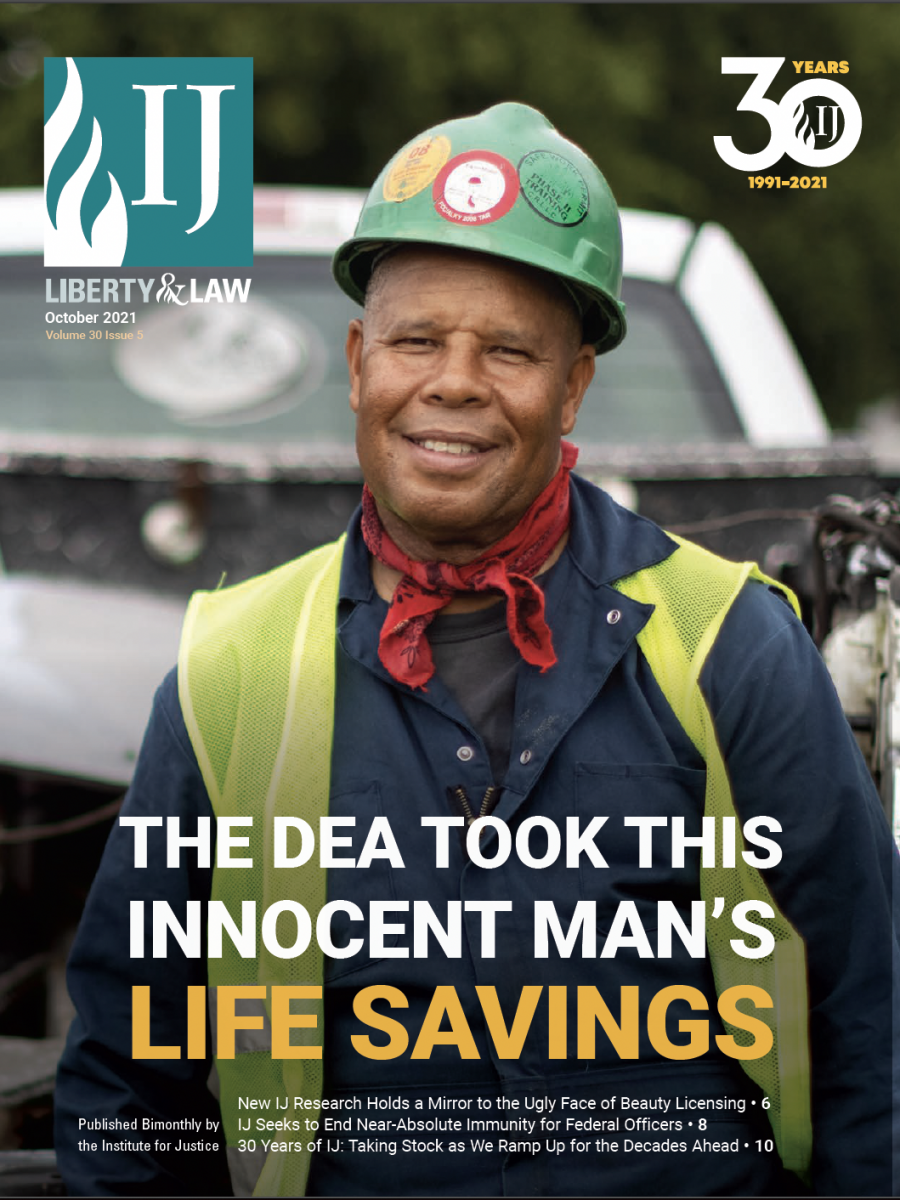