“Life on the farm” conjures images of wide-open spaces, grazing animals, and lemonade on the front porch. That is, unless you’re in the Town of Eagle, Wisconsin, where “life on the farm” means endless property inspections and abusive code enforcement.

The Town of Eagle (which is separate from the Village of Eagle), a small municipality where most of the 3,500 residents live on multi-acre tracts of land, has weaponized its code enforcement to punish local residents and to produce a profit. With the help of the Municipal Law & Litigation Group—a private law firm that is paid by the hour to prosecute code violations—the town uses its codes to retaliate against citizens who speak out against town officials, to fine citizens tens of thousands of dollars for minor violations, and to pass the attorneys’ fees on to unwitting citizens. The law firm has even threatened citizens with jailtime if they can’t pay up. The town subverts basic constitutional rights, devastating the residents unfortunate enough to be caught in the town’s crosshairs.

But the law is clear: governments may not infect their enforcement systems with perverse financial incentives. Prosecutors must serve the interests of justice, not the interests of their pocketbooks. Nor may towns retaliate against their citizens for engaging in constitutionally protected activity, such as criticizing local government. If a code is worth enforcing, it must be enforced uniformly, without bias, and to protect public health and safety. And governments may only impose fines for a code violation that are reasonable and proportionate to the violation.

The town’s officials have been skirting these constitutional requirements for far too long, but they can’t evade the law any longer. The Institute for Justice teamed up with Erica and Zach Mallory, and Annalyse and Joseph Victor, and filed challenges in Wisconsin state court to hold the town, town board and the Municipal Law & Litigation Group accountable for their unconstitutional code enforcement practices. In August 2022, the Victors settled with the town and dismissed their case. The Mallorys’ case continues in federal court. 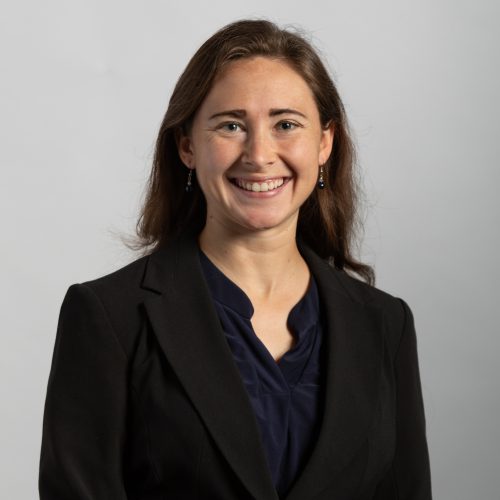 Download Order on Motion for Judgment on the Pleadings (Mallorys) PDF

Order on Motion for Judgment on the Pleadings (Mallorys) Eagle Families Fight Back Against Out of Control Fines and Fees

Erica and Zach Mallory thought they had found their little slice of heaven in the Town of Eagle. In 2016, the Mallorys purchased nearly four acres to raise chickens and lambs, grow fruits and vegetables, and maintain beehives. Only after laboring over their land and building the reputation of their farm, Mallory Meadows, did Erica and Zach learn that the Town of Eagle has a dark side: its code enforcement system.

When Erica spoke out on behalf of neighbors she believed had been unfairly targeted by code enforcers, the small farm found itself under the microscope of those enforcers. Town officials threw the book at Erica and Zach for minor violations like an unpermitted flower shelf, patches of tall grass and the birth of two new livestock, which put the Mallorys just over the code’s livestock limit. The town also insisted that the Mallorys tear down a small farm stand that stood in front of the house and served neighbors. The town typically does not enforce minor infractions like these—at least not when they are committed by residents who remain silent about the way the town is run.

One member of the town board told the Mallorys they had “ticked off all the board members with [their] meeting comments and on [F]acebook,” and “that wasn’t good because the board members voted with emotion” to pursue enforcement. The Mallorys are now facing the threat of more than $20,000 in fines and fees and have been forced to alter their property and tear down farming structures against their will. Like Erica and Zach, Annalyse and Joe Victor also believed they’d found their perfect home in the Town of Eagle. Before they bought their nearly 10 acres of rural property, Joe, a truck driver, noticed that the previous owner had parked his large trucks on the land. Reasonably believing they could do the same, and, after speaking with the neighboring property owners, the Victors bought the property and Joe began parking his trucks there. That is, until the town cited the Victors for multiple violations related to their trucks.

The Victors made every effort to come into compliance as quickly as possible, but their efforts weren’t good enough for the town. The town filed a complaint to enforce the fines in court, where an $87,900 judgment was entered against the Victors without their knowledge since the town did not properly notify the couple of the hearing. The town’s attorney even went so far as to ask the judge to threaten Annalyse with up to six months in jail if the Victors failed to promptly pay every dollar. This judgment, which far exceeds the Victors’ ability to pay, now hangs over their head, preventing them from obtaining a mortgage so that they can move away from the town and make a fresh start.

While the town cited the Mallorys and the Victors for different violations and had different motivations for targeting each couple, the couples have one thing in common: the town relied on the Municipal Law & Litigation Group to enforce these violations. In the Mallorys’ case, the firm warned the couple that the town will only settle the enforcement action out of court if the Mallorys agree to cover all costs and fees—including the firm’s bills—related to the enforcement. In the Victors’ case, more than $20,000 of the $87,000 judgment against them is for the law firm’s attorneys’ fees. Because the town delegates responsibility to these private attorneys, the law firm is able to direct, pursue and draw out enforcement actions, resulting in ever-increasing attorneys’ fees that are passed on to unassuming citizens like the Mallorys and the Victors.

Governments may not retaliate against citizens for exercising their constitutional right to speak. Nor may governments impose fines and fees that are disproportionate to a person’s offense. Yet, the Town of Eagle has done both. And to make matters worse, it cedes control over these problematic enforcement actions to a private law firm, creating a perverse financial incentive to police for profit, not for justice.

The First Amendment and the Equal Protection Clause of the Fourteenth Amendment prohibit governments from selectively enforcing ordinances against individuals for exercising their constitutional rights, particularly engaging in free speech. The Town of Eagle violated both amendments when it threatened to enforce ordinances against Erica and Zach—ordinances that it does not enforce against others—because the couple has spoken out against town leaders. This type of retaliation threatens both property rights and free speech. Unfortunately, these abuses often go unchecked because the courts have made it all too easy for governments to conceal their retaliatory motives. In this case, however, at least one member of the town board has admitted that the Mallorys’ speech was the reason for the government’s enforcement actions, which provides the ideal opportunity to hold the government accountable. The Institute for Justice intends to do just that, reaffirming the importance of constitutional protections against governmental retaliation.

The Excessive Fines Clause of the Eighth Amendment and its analogue in article I, section 6 of the Wisconsin Constitution both operate to limit the government’s power to punish citizens and to protect citizens against inordinate fines. Nearly $90,000 in fines and fees for the Victors’ parking equipment on their own property is excessive, in violation of both the federal and state constitutions. This case will allow IJ to help clarify what makes a fine “excessive” after the decision in Timbs made it clear that the 8th Amendment applies to state and local governments.

The Institute for Justice successfully argued in Indio and Coachella, California, that a government “scheme injecting a personal interest, financial or otherwise, into the enforcement process may bring irrelevant or impermissible factors into the prosecutorial decision,” and raises serious constitutional concerns.[i] Plainly, prosecutors have a duty to serve the interests of justice, not the interest of their pocketbooks. Yet, in the Town of Eagle, private entities—the Municipal Law & Litigation Group in particular—have a significant profit incentive to bring, and draw out, enforcement actions that do not serve the interests of the town or its taxpayers. Due process demands more.

The Town of Eagle’s constitutional violations are extensive and inexcusable, and the Mallorys and Victors have joined with IJ to put a spotlight on their abusive behavior. IJ has filed a lawsuit in Wisconsin state court on the Mallorys’ behalf to challenge the town’s selective enforcement, improper profit motives, and other due process violations. On behalf of the Victors, IJ will move the circuit court of Waukesha County to vacate the $87,900 judgment against them, enabling the Victors to challenge the excessiveness of the town’s fines and fees and the profit motives that contaminate the town’s enforcement procedures.

The Town of Eagle is far from alone when it comes to enforcing its codes in an unconstitutional manner. Many cities across the U.S. rely on income from fines and fees to prop up municipal budgets and end up abusing their residents in the process. The 2019 report, The Price of Taxation by Citation, put three Atlanta suburbs under the microscope and showed how their abuse of fines and fees damaged community trust. IJ successfully defended property owners from out of control code enforcement in California and Missouri. In Georgia and Florida, IJ is currently fighting on behalf of homeowners cited for cracked driveways, improperly stacked firewood and tall grass.

The case is being litigated by IJ Attorneys Kirby West, Marie Miller, and Alexa Gervasi.

Founded in 1991, the Institute for Justice is the national law firm for liberty and the nation’s premier defender of private property rights. IJ litigates in the courts of law and in the court of public opinion to defend free speech, property rights, economic liberty and educational choice. IJ defended homeowners from unconstitutional forfeiture practices in Philadelphia. In Chicago, IJ is fighting the city’s abusive car impoundment practices. And IJ is defending renters from warrantless inspections in Pennsylvania and Illinois.

Anthony Novak was arrested by his local police after he parodied the department on Facebook. His lawsuit against the city was dismissed after the officers were given qualified immunity.

Waylon Bailey was arrested after making a joke about his local sheriff's office. His First Amendment lawsuit was dismissed after the deputies were granted qualified immunity.