Each year, over 50,000 Ohio students participate in one of the state’s five educational choice programs. Two of the most popular programs are the Educational Choice Scholarship Program (the “Traditional Program”) and the Educational Choice Expansion Scholarship Program (the “Expansion Program”). The Traditional Program and the Expansion Program provide K-12 scholarships to students who are assigned to underperforming schools and to students whose families meet certain income designations, respectively.

But now both programs are under attack. Vouchers Hurt Ohio, an organization composed of a group of public school districts filed a legal challenge to strike down and permanently enjoin both the Traditional Program and the Expansion Program on January 4, 2021. In the lawsuit, the school districts claim that the programs unconstitutionally divert money from the state’s public schools to private schools.

But the programs do no such thing. Instead, they empower families to direct a student’s state-allocated education dollars to a school that better fits their child’s unique needs. That many eligible families choose to send their children to private schools isn’t a constitutional problem; it’s an indictment of the quality of education Ohio children are receiving at their government-assigned schools.

The Institute for Justice, the nation’s leading advocate for school choice, is defending Ohio’s Traditional Program and Expansion Program on behalf of parents who are using them for their children. 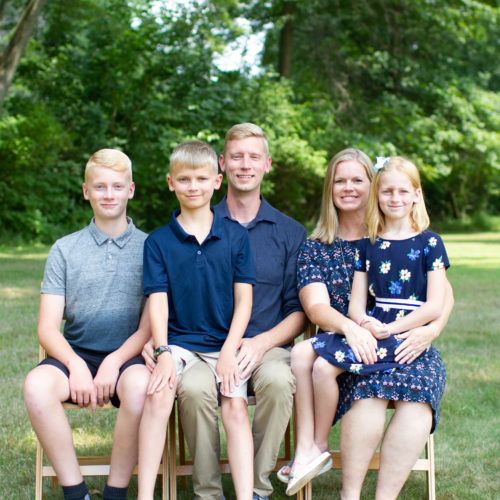 Over two decades ago, IJ successfully defended Ohio’s first school choice program before both the Ohio Supreme Court and the United States Supreme Court. In that case, Simmons-Harris v. Goff, the Ohio Supreme Court held that school choice programs were consistent with the state constitution. Rejecting the argument that the Ohio constitution implicitly forbids alternatives to the public school system, the court held that Ohio could provide additional educational options. The United States Supreme Court affirmed the ruling in the historic decision Zelman v. Simmons-Harris.

Since Simmons-Harris, Ohio has become home to five school choice programs: the Traditional Program, the Expansion Program, the Jon Peterson Special Needs Program, the Autism Scholarship Program, and the Cleveland Scholarship Program. The constitutionality of these types of programs has been reinforced time and again by state and federal courts across the country, including most recently at the United States Supreme Court. In that IJ case, Espinoza v. Montana Department of Revenue, the Court held that an educational choice program may not be invalidated simply because it includes religious options.

In response to the recently filed lawsuit, IJ has partnered with local counsel Emmett Robinson to defend EdChoice. IJ and Emmett Robinson are representing five Ohio families who either use or want to apply for the Traditional or Expansion Programs. Each of these families wants their children to be in an educational environment that best suits their needs. IJ filed a petition for these parents to intervene as defendants in the case so that they can argue on behalf of EdChoice and the children who need it.

Christopher and Chelsea Boggs live in Columbus with their three children, each of whom receives a scholarship under the Traditional Program. All three children use their scholarships to attend Tree of Life Christian School in Columbus. The Boggs family prefers Tree of Life because of the school’s strong academics and for the faith-based education it provides.

Brian Ellis lives in Akron along with his wife and their three school-aged children, all of whom receive a scholarship under the Traditional Program. The Ellis children use the scholarships to attend Archbishop Hoban High School and St. Augustine Catholic School. With two disabled children who require special attention, Brian is particularly passionate about keeping his children out of their low-performing, assigned public schools.

Kathryn Sliwinski is a single mother who lives in Columbus with her son, who has ADHD. He uses the Traditional Program to attend Blessed Sacrament School in Toledo, where he benefits from the smaller class sizes and special attention he receives. Without the Traditional Program, Kathryn would have no choice but to send her son to his assigned public school.

Benjamin Highley lives with his wife in Middletown. The four youngest of their five children attend Middletown Christian Schools using the Expansion Program. There, they benefit from Middletown Christian’s stronger academics and an education that is more aligned with the family’s worldview.

In March 2021, Kentucky created a school choice program that benefits thousands of low-and-middle-income families throughout the state. Just a few months later, a lawsuit attacked the program. IJ has intervened on behalf of two…

Vermont has one of the most robust school choice programs in the country, but there is one massive exception. The state does not provide the tuition benefit for parents who want to send their children…