Intrepid investigative reporters are intimately familiar with federal and state laws that compel the government to provide public records upon request. These requests for information are a crucial tools for reporters looking to shine a light on the misdeeds of government officials. When the government stonewalls, reporters are forced to wage drawn out court battles to compel officials to comply with the law. Media outlets spend vast amounts of time and resources vindicating the public’s right to know about the workings of government.

LancasterOnline is a news outlet pursuing this goal in Lancaster, Pennsylvania. LancasterOnline is part of the media group LNP, which traces its history back to one of the oldest newspapers in the United States. For over 200 years it has reported the daily news in an area of the country rich in history and culture. Lancaster County may be known as the heart of Amish culture, but most Lancastrians drive cars, not buggies. And some of those cars, along with cash and other property, are seized and forfeited to local law enforcement. But the public is unaware of what is being taken and how the proceeds are being spent.

Carter Walker, a young reporter covering the county government for LNP, wants to change this. When he heard that the Centre County District Attorney’s office willingly released records about its forfeiture proceeds and spending, he asked the Lancaster County District Attorney if it would do the same. The office refused the request, relying on irrelevant exceptions to Pennsylvania’s Right to Know Law (RTKL).

Despite some reforms in recent years, civil forfeiture in Pennsylvania still happens largely in the dark. The only information about forfeiture the public receives is through annual reports from the state Attorney General’s office, which provides only basic, topline accounts of forfeited property and where the property goes. Reporters like Carter seek the crucial details about how officials take property and how they spend the proceeds.

When Carter appealed the DA’s denial of his request to Pennsylvania’s Office of Open Records, it concluded that the records should be public under the RTKL. But now the Lancaster District Attorney is appealing that decision in court.

Carter and LNP are now teaming with the Institute for Justice to make forfeiture records in Lancaster County and the neighboring Berks County available to the public. Because civil forfeiture distorts law enforcement priorities, the public must have access to information that can expose misdeeds. Only then will officials be held accountable. 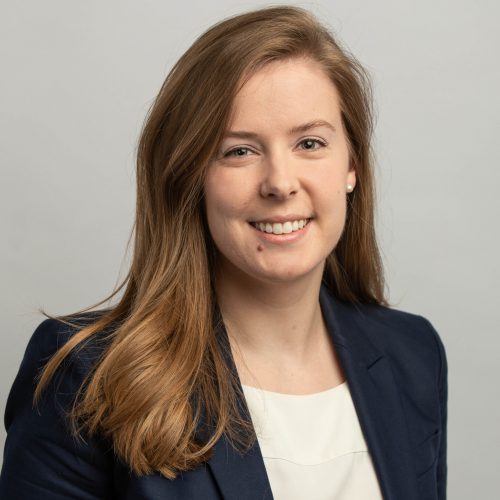 The Secret World of Civil Forfeiture

Each year, law enforcement agencies across the United States seize and keep billions of dollars in cash and property using a process called civil forfeiture. Under civil forfeiture laws, police may seize your home, car, cash or other property upon the mere suspicion that it has been used or involved in criminal activity. And to make matters worse, Pennsylvania and most other states let those same law enforcement agencies keep and spend some or all of whatever they seize and forfeit, giving them a direct financial incentive to abuse this power. These features make civil forfeiture one of the greatest threats to property rights in the nation.

Indeed, press reports have shown how civil forfeiture laws have created a system rife with questionable and excessive spending. Across the country, law enforcement officials have used civil forfeiture proceeds as slush funds to make questionable expenditures like high-end dining and fancy equipment (including a Zamboni). Indeed, just last week New York Magazine reported that Manhattan DA Cy Vance spent nearly $250,000 in forfeiture proceeds on things like a round-trip, first-class flight to London and a stay at a five-star hotel in Paris. The many excesses of civil forfeiture have been well documented, leading to legal action and calls for reform.

Of course, to push for reform, one must first know the extent of the problem. And to do that, reporters and researchers strive to bring the government’s actions, and their forfeiture records, into the light of day. Through public information requests, reporters like Isaiah Thompson (who wrote a multi-part series on Philadelphia’s forfeiture practices) and organizations like the Institute for Justice have compiled detailed and damning reports on the practice. Recently, a multi-part series of stories from the Greenville News has prompted lawmakers to introduce forfeiture reforms in South Carolina. This reporting has led to a national conversation about civil forfeiture and motivated people to take action.

But transparency about civil forfeiture is hard to come by in Pennsylvania. The only forfeiture information made available to the public comes in the form of annual reports from the Attorney General’s office. And those reports provide only basic, topline accounts about what property county DAs are forfeiting and total amounts of proceeds spent. This is particularly troubling considering the commonwealth’s forfeiture laws received a D- in Policing for Profit, the Institute for Justice’s 50-state survey of forfeiture practices nationwide. Though Pennsylvania has made some steps toward reform, increased transparency is crucial for further improvements.

Carter Walker, a young reporter for the Lancaster, Pennsylvania media group LNP, sought to educate his readers on how civil forfeiture was being used in their own backyards. Thankfully, he had a powerful tool at his disposal: Pennsylvania’s Right to Know Law (RTKL), which requires state and local governments to produce public records, including financial records. Accordingly, Carter asked Lancaster County District Attorney Craig Stedman to turn over documents about his office’s civil forfeiture practices, including how the office seized and forfeited property, how it sold that property, and how it spent the proceeds.

Stedman, however, was not in a mood to share. His office denied Carter’s request in total, claiming that state law required him to keep all forfeiture records confidential. But on appeal, Pennsylvania’s Office of Open Records (OOR) disagreed. It held that the RTKL was “designed to promote access to official government information in order to prohibit secrets, scrutinize the actions of public officials and make public officials accountable for their actions.” And since neither state law nor any concerns about ongoing investigations justified keeping the public in the dark, it ordered the Lancaster DA to produce the documents.

Lancaster County commissioners have waded into the dispute. They have their own concerns about forfeiture in Lancaster County and are seeking to intervene in the case. After a separate records request by LNP showed that Stedman had used forfeiture money to lease an SUV and then claimed mileage reimbursements as if he had been using a private vehicle, the commissioners launched a review of his office’s use of forfeiture proceeds. In response, Stedman sued three commissioners in court, alleging that they lacked the authority to investigate his office.

Moreover, the Lancaster DA has continued to fight Carter’s request for forfeiture documents by appealing the decision of the OOR to a state court—specifically, the Court of Common Pleas for Lancaster County. That is why the Institute for Justice has teamed up with Carter and LNP to ensure that forfeiture records in Lancaster County and neighboring Berks County are made available to the public. The Berks County DA is also appealing an Office of Open Records determination in Carter’s favor, granting an identical RTKL request.

Civil forfeiture distorts law enforcement priorities and threatens our constitutional rights. It is crucial that the public learn how officials account for the property they take and the proceeds they spend. Pennsylvanians deserve an opportunity to shed some light on civil forfeiture.

Moreover, citizens in every state have the right to know how law enforcement uses its power to take property. Freedom of Information Act (FOIA) laws vary from state to state, but successfully defending the right of Pennsylvanians to access forfeiture information will put law enforcement in other states on notice that, if they drag citizens into court over reasonable requests, IJ will be there to push for transparency and accountability.

The Institute for Justice is the national law firm for liberty. Through litigation, communication, outreach and strategic research, IJ secures protection for individual liberty and extends the benefits of freedom to those whose full enjoyment is denied by the government. IJ litigators and researchers frequently file Freedom of Information Act (FOIA) requests and appeal improper denials in court. In 2011, an IJ suit in Georgia forced agencies to provide civil forfeiture reports. In 2018, IJ won a FOIA challenge at the Illinois Supreme Court forcing the state to provide information about the regulation of cosmetologists. IJ is also currently suing the Internal Revenue Service and U.S. Customs and Border Protection for access to forfeiture information.

The Legal Claims Empyreal is suing both the San Bernardino County Sheriff, who has repeatedly seized state-legal proceeds from its vehicles, as well as the federal law enforcement agencies and personnel with whom they partnered.