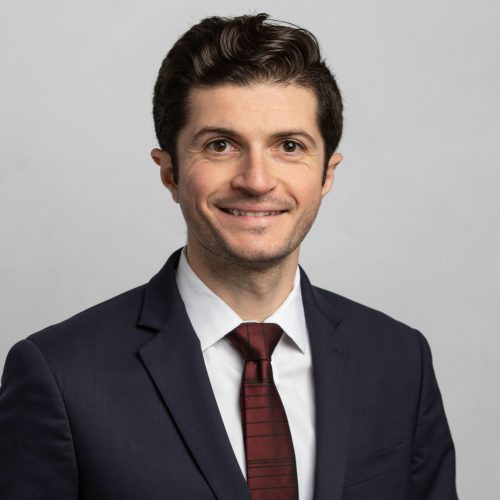 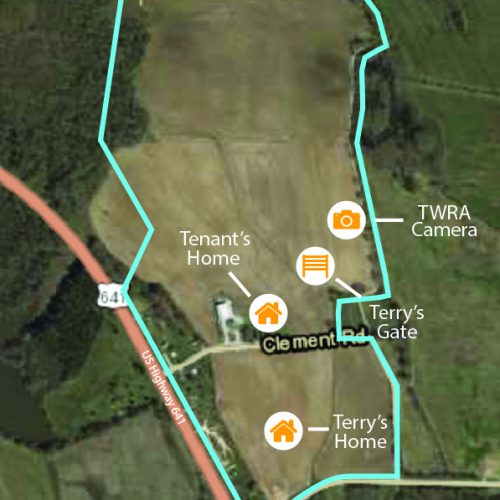 Hunter’s attachment to his land, which was an important part of his childhood, runs just as deep. It’s where he and his dad spent several days a week fishing, hunting, and cooking over campfires on the riverbank. Hunter still carries on that family tradition, inviting friends over to hunt, fish, and relax. Like Terry, Hunter also uses his land to grow crops.

Terry’s and Hunter’s properties are not open to the public: Both are gated and posted with “No Trespassing” signs. Terry and Hunter do this because they want and expect privacy for themselves, their families, their tenants, and their friends. But for years, TWRA has been treating Tennesseans’ private lands like public property. Based on nothing but their own whims, TWRA officers routinely enter private lands to snoop for potential hunting violations. Despite not having any probable cause to believe a crime is being committed—let alone judicial authorization or the owners’ permission—the officers trespass, wander around as they please, and take photos and videos. They even install cameras to surveil the properties and their owners around the clock.

Terry and Hunter have experienced TWRA’s harassment firsthand. Although Terry has no record of hunting violations, TWRA officers barged onto his land in December 2017—without a warrant or probable cause. They installed two surveillance cameras in Terry’s trees, even cutting the branches of one tree to get a clear view of Terry’s property. The cameras could capture images of people and cars, of Terry and his son farming and hunting, and even of the back of their tenant’s home. TWRA officers did the same to Hunter. When Hunter discovered a surveillance camera that TWRA installed in one of his trees, he took it home, not knowing where it came from. Its pictures showed officers installing the camera and monitoring him and his friends. And on other occasions, Hunter has seen TWRA officers wandering around his property without permission. When Hunter told one officer that he didn’t have permission to barge onto his land, the officer replied: “When you bought your hunting license you invited me.”

TWRA’s actions have left Terry and Hunter shaken and insecure on their own land. They fear that government officers and cameras are constantly surveilling them, their families, their tenants, and their friends. And because the officers are uninvited snoopers, they not only are violating people’s property and privacy rights, but also unreasonably putting themselves in danger from unsuspecting hunters who might not see them or might mistake them for game.

Now, to protect the property and privacy rights of all Tennesseans, Terry and Hunter are fighting back against TWRA’s warrantless intrusions and the agency’s treatment of a hunting license as an open invitation to snoop around private property.

Tennessee Courts Do Not Follow the U.S. Supreme Court’s Misguided “Open Fields” Doctrine, and TWRA Must Follow the State Constitution in Enforcing the State’s Laws

TWRA is a Tennessee state agency. It implements and enforces the state’s wildlife and hunting laws. To hunt in Tennessee, a person must obtain a hunting license from TWRA and follow the state’s hunting laws and regulations. One of those laws says that TWRA officers may “go upon any property, outside of buildings, posted or otherwise.”[1] It’s this authority that TWRA relies on to routinely enter, wander around, and install surveillance cameras on rural private land throughout the state.

TWRA thinks its suspicionless, warrantless searches are okay because of the “open fields” doctrine, first invented by the U.S. Supreme Court in 1924. The text of the Fourth Amendment specifically mentions “persons, houses, papers, and effects,” and in a Prohibition-era decision the Court read those terms narrowly to hold that the Constitution does not protect any land beyond the home and its immediate surrounding area (known as the “curtilage”).[2] The Court reaffirmed the “open fields” doctrine in 1984, ruling that private property owners categorically have no “reasonable expectation of privacy” on any private lands the Court deems to be an “open field.”[3]

This doctrine has been widely criticized, and for good reason.[4] It breaks with the broad purpose behind the Fourth Amendment, which is to make us secure in our own property. It flouts the Court’s more recent return to a property-rights-based approach to the Fourth Amendment.[5] And it ignores the Court’s recent concerns about how the ease and ubiquity of electronic surveillance threaten to eviscerate everyone’s expectations of privacy.[6] Yet, for now, the “open fields” doctrine remains the law with respect to the federal Constitution.

But it’s not the law with respect to the Tennessee Constitution. The Tennessee Supreme Court has rejected the “open fields” doctrine on several occasions as inconsistent with a free society that respects private property and privacy. That’s good for Tennesseans, because accepting the “open fields” doctrine would mean that much of their private property would receive zero constitutional protection. Terry and Hunter are bringing this case so Tennessee courts can remind TWRA officials that, in the Volunteer State, “No Trespassing” signs apply to the government too.

The U.S. Supreme Court gutted crucial property and privacy protections by inventing and reaffirming the “open fields” doctrine. But that workaround applies only under the Fourth Amendment to the U.S. Constitution. And it applies only to the enforcement of federal law by federal officers. The “open fields” doctrine cannot and does not gut the Tennessee Constitution’s protections against government action taken pursuant to state law.

Terry and Hunter have brought their case under Article I, Section 7 of the Tennessee Constitution, which protects each individual’s “persons, houses, papers and possessions” from “unreasonable searches and seizures.” By entering private land, roaming around, taking photos and videos, installing surveillance cameras, and performing constant surveillance, TWRA is conducting unreasonable warrantless searches of Terry, Hunter, and their possessions. That is unconstitutional, and so is the state law that purports to authorize these intrusions.

Terry and Hunter are asking Tennessee courts to reaffirm and revive the state’s rejection of the “open fields” doctrine. The Tennessee Supreme Court has made clear that the state constitution’s protection of people’s “possessions” includes any property that is “actually possessed or occupied,” and that law enforcement officers may not “search about with the hope or expectation of finding contraband goods.”[7] The same Court later observed that “its decisions applying the state constitution have been somewhat more restrictive than comparable federal cases.”[8]

The Tennessee Supreme Court should now clearly reject the “open fields” doctrine as inconsistent with the Tennessee Constitution. In doing so, the Court would join the high courts of New York, Mississippi, Montana, Oregon, and Vermont.[9] And it would signal to the U.S. Supreme Court that it should reconsider its erroneous erosion of property and privacy rights under the Fourth Amendment. The Court and the Parties

The Institute for Justice is the national law firm for liberty and the nation’s leading advocate for property rights. This case is the latest in IJ’s nationwide initiative to secure property owners’ rights against unconstitutional searches. IJ is currently litigating on behalf of property owners and tenants facing unconstitutional home inspections in Illinois, Washington State, Pennsylvania, and Indiana. And in New York, IJ is challenging law enforcement’s coercion of individuals’ waiver of their right to be free from unconstitutional searches.

[4] E.g., Kingston, Keeping Up With Jones: The Need to Abandon the Open Fields Doctrine, 52 No. 5 Crim. L. Bulletin ART 5 (2016) (calling for abandonment of the doctrine and explaining that the Court’s “claim that land outside the curtilage is wholly unprotected by the Fourth Amendment is illogical considering existing case law”); Colb, What Is a Search? Two Conceptual Flaws in Fourth Amendment Doctrine and Some Hints of a Remedy, 55 Stan. L. Rev. 119, 129-31 (2002) (criticizing the doctrine because “it is almost certainly not the case that everyone feels free to violate the law against trespass,” and because it “permits police to engage in what is criminal misconduct on the theory that they could have made the same observations by a legal, alternative means”); Saltzburg, Another Victim of Illegal Narcotics: The Fourth Amendment (As Illustrated by the Open Fields Doctrine), 48 U. Pitt. L. Rev. 1, 21-22 (1986) (calling the doctrine “indefensible as a matter of precedent, history and common sense” and “a severe threat to liberty”). 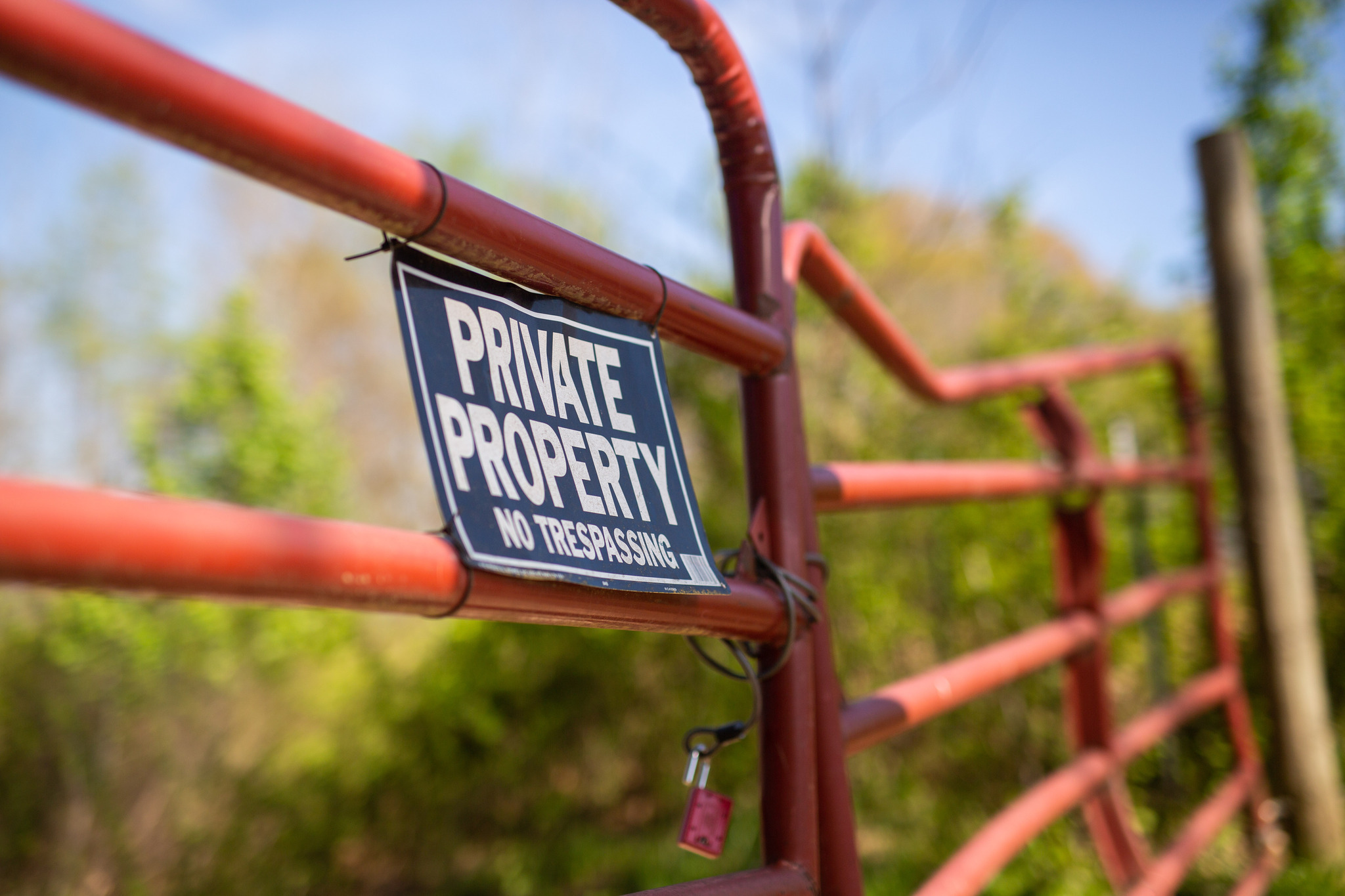 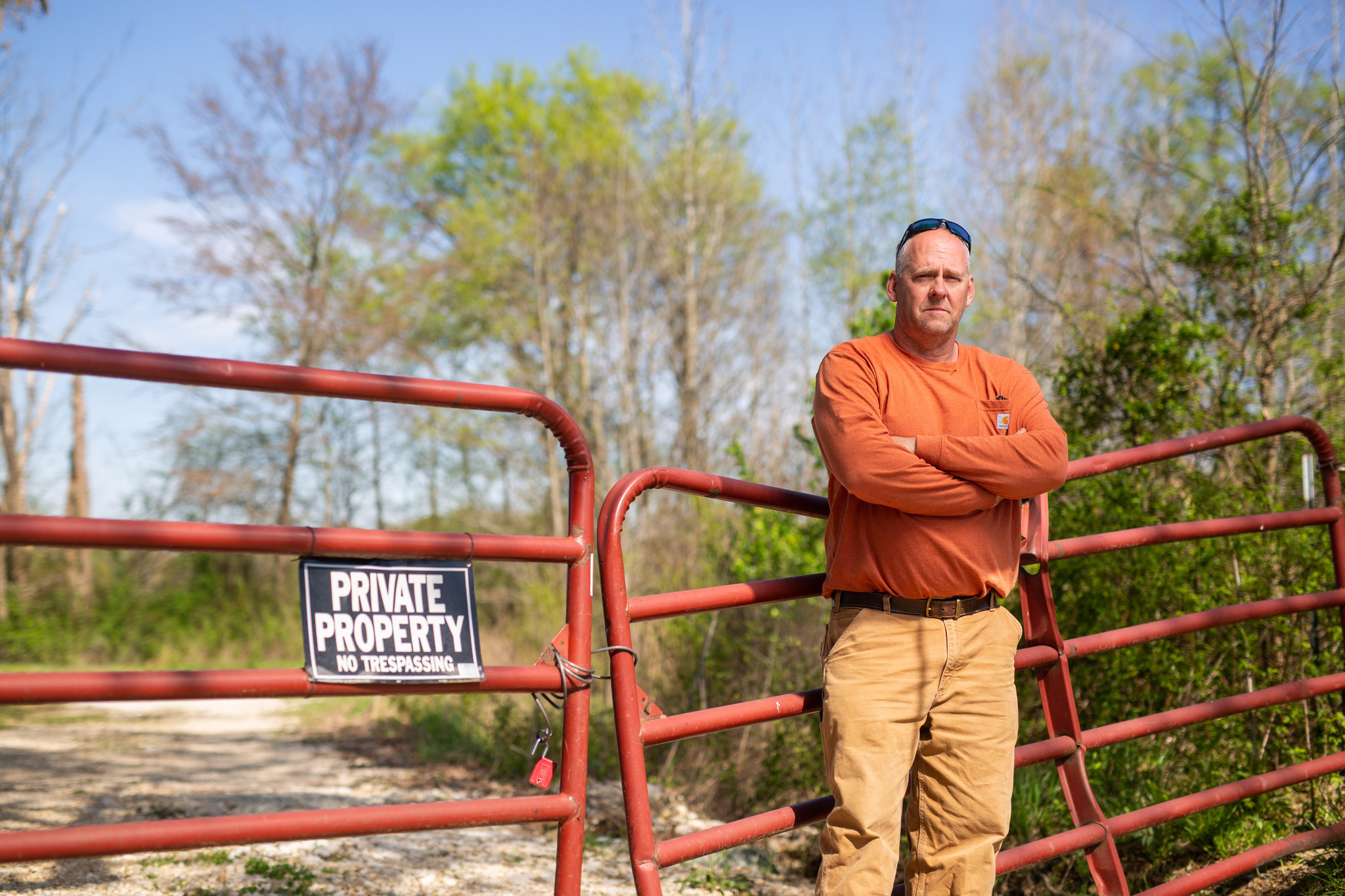