Last July, in a suburb north of Dallas, a fugitive took refuge in a suburban house that was listed for sale. After a prolonged standoff, a SWAT team stormed the house, launching tear-gas grenades through windows, knocking down doors, leveling a fence with an armored vehicle. When the smoke cleared, it seemed as if the nightmare was over, but for the homeowner, it had just begun.

Vicki Baker, who owned the home, had spent a year fixing it up to sell it. In fact, it was under contract and set to close a few days after the raid. But afterwards, the buyer understandably walked away. The home was in a shambles and both the city and Vicki’s insurance company refused to pay for the lion’s share of what it would eventually cost to repair her house. The city effectively said, “tough luck.”

That’s not merely unfair; it’s unconstitutional. When the government deliberately destroys an innocent owner’s property in service of the public good—in this case, public safety—it is obligated to compensate that owner. In this case, the police determined that the public benefit of apprehending a fugitive outweighed the costs of destroying the house he was inside. That was their decision to make, but—under both the federal and Texas constitutions—they must pay for it. 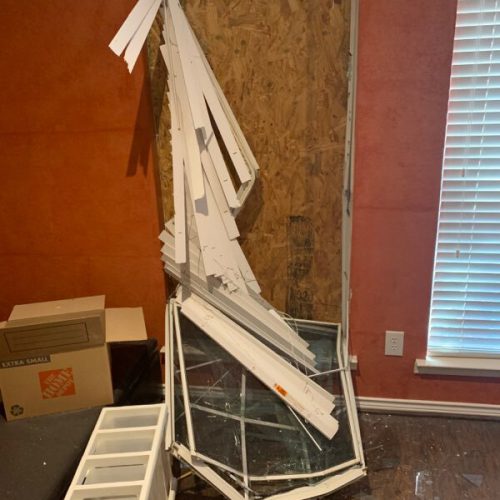 A SWAT team destroyed a Texas home and refused to pay for the damage. Now the homeowner is fighting back.

A Handyman from Hell

The last few years have been hard on Vicki Baker. In 2012 her adult son suffered a traumatic brain injury that left him with lasting disabilities and a few years later, in 2018, she was diagnosed with cancer. But thankfully 2019 offered a glimmer of hope. With her cancer in remission and her son on the road to recovery, she decided it was time to leave behind her longtime home in McKinney, Texas and retire to the mountains of Montana. Her plan was simple: she’d let her kids live in the house and get it ready to sell.

Before she left, Vicki and her daughter, Deanna, hired a local handyman named Wesley Little to work on the house. But after Vicki left, Deanna told her mom that Little made her uncomfortable, so Vicki decided to let him go. More than a year later, Vicki was relieved to find a buyer for the house. Her dream of retiring in peace in Montana was almost complete.

That morning, Deanna was reading the news and noticed an article about a fugitive on the run who had abducted a 15-year-old girl. To her surprise, Deanna recognized the fugitive; it was Little. She phoned her mother, who said not to worry, but a few hours later Little arrived at the house, with the girl in tow, and said he needed a garage and a place to stay the night. Terrified, Deanna let him inside and said she needed to run a few errands. She called the police as soon as she was a safe distance away.

Minutes later, the police arrived, surrounded the house and started to negotiate with Little. After a few hours, the girl escaped unharmed, but she told police that Little was armed and that he would not come out. Deanna had given the police the keys to the house, a garage door opener, and a code to the back gate, but the police decided instead to call a SWAT team to storm the house. Police later told Deanna that their plan was “shock and awe.” Using the department’s BearCat armored tactical vehicle, the SWAT team toppled Vicki’s fence and drove through her front door. They also used explosives to blow through her garage door and fired more than thirty explosive tear gas canisters through the windows. When they finally stormed the house, they found that Little had committed suicide in her bedroom.

The only living thing remaining inside was Deanna’s dog which was left deaf and blind from the explosions.

A House Left in Ruins

As the smoke cleared, the level of destruction to Vicki’s home became clear. The following day her daughter donned a mask to protect her from the lingering tear gas and used her phone to send a video of the destruction to her mom. Vicki could see that the house was uninhabitable. The SWAT team had broken every single window and a thick, toxic film from the tear gas coated everything inside. Police told Vicki the house was unsafe to enter and that she needed to hire a hazmat crew to safely dispose of her furniture, carpet, and clothes—all of which were ruined.

All told, the destruction totaled more than $80,000 in damage. The buyer for the home walked away, understandably. Vicki called her insurance company, but they refused to pay for most of the damage, citing a clause that disclaims coverage for damage caused by the government. Then Vicki turned to the city of McKinney, which also refused to pay, saying that they’ve never paid for police damage.

Vicki was left holding the bill. Thankfully, she was able to raise a small amount of money from the community, but no where near enough to rehabilitate the home. Eventually she was forced to take money out of her retirement account to finish the repairs. Finally, months later she sold the home, but for considerably less than she had it sold for before the assault.

Legal Claims—the Right to Compensation for Intentional Destruction of Property

Under both the federal and Texas constitutions, the government may selectively “take” private property for public use—but only if it pays the property’s owner the fair market value. Many people are familiar with this concept in the realm of eminent domain, where the government might decide to condemn property to build a road, school, or park. But the principle applies just as strongly when the government “takes” property by intentionally destroying it. For instance, if the government builds a dam that causes an innocent person’s property to become flooded, the government has to pay for the destroyed value of that land.

This analysis applies even to actions taken pursuant to the government’s so-called “police power.”  Unfortunately, some lower courts in recent years have held that the U.S. Constitution does not obligate the government to reimburse owners for property damaged by police actions. Just a few weeks ago, the South Dakota Supreme Court held that the police are exempt from the state takings clause. And in a similar case in 2019, a federal court in Denver held that an innocent owner was not entitled to compensation, even when the SWAT team damaged his house so badly that it had to be torn down. IJ represented the homeowner in asking the Supreme Court to review the case, but the Court denied the petition.

This emerging trend leaves innocent homeowners footing the bill for police operations with which they had nothing to do. These cases, however, are based on a severe misreading of Supreme Court precedent. Indeed, the Supreme Court has repeatedly and explicitly held that the police power is not exempt from the constitution’s Takings Clause. Similarly, the Texas Constitution unquestionably requires that Vicki Baker receive fair compensation for her house.

To be clear, Vicki does not claim that the city of McKinney (or its police) acted unreasonably, wrongly, or outside of its authority. The city decided that the best course of action in this case to protect the public was to drive an armored vehicle through her front door, breaking every window and filling the house with tear gas. That’s fine, but it’s unfair—and unconstitutional—for Vicki to bear those costs and not the public.

The costs of policing—a shared societal benefit—should not fall disproportionately on innocent, unlucky property owners like Vicki. That’s why the Institute for Justice is supporting Vicki in her bid to establish that police, too, are not immune from the old but true maxim of “you break it, you buy it.”

The Institute for Justice (“IJ”) is the nation’s premier defender of property rights. At no charge to the client, IJ defends the rights of homeowners against eminent domain abuse, as in Kelo v. City of New London and Bailey v. City of Mesa; abusive fines and fees against homeowners, as in the City of Dunedin; and against abusive zoning laws, as it is doing on behalf of the Catherine H. Barber Memorial Shelter in North Carolina and on behalf of mobile-home owners in Arizona. Moreover, IJ is fighting to end the unfair governmental practice of civil forfeiture across the country.

IJ is headquartered in Arlington, Virginia. It also has state offices in Texas, Florida, Minnesota, Washington, and Arizona. For more on IJ’s work touching not only on property rights, but also on economic liberty, educational choice, police accountability, and free speech, visit www.ij.org.

A court said the Fourth Amendment’s protection against unwarranted arrests is “hazy.” Now, with IJ’s help, a family is asking the U.S. Supreme Court to clear the haze and rein in police’s ability to arrest someone for no reason.

A police officer in Arkansas held two innocent children at gun point when he was supposed to be searching for an adult suspect. IJ is asking the Supreme Court to hear the family’s case and…

Will Federal Cops Remain Above the Law?

When police violate the rights of Americans, as they did to Kevin Byrd and Hamdi Mahmoud, they should be held accountable. IJ is asking the Supreme Court to take both of these cases and ensure…

José Oliva was brutally beaten by federal officers in an unprovoked attack at a VA Hospital. This attack violated his Fourth Amendment rights, and IJ filed a petition to have the Supreme Court take on… 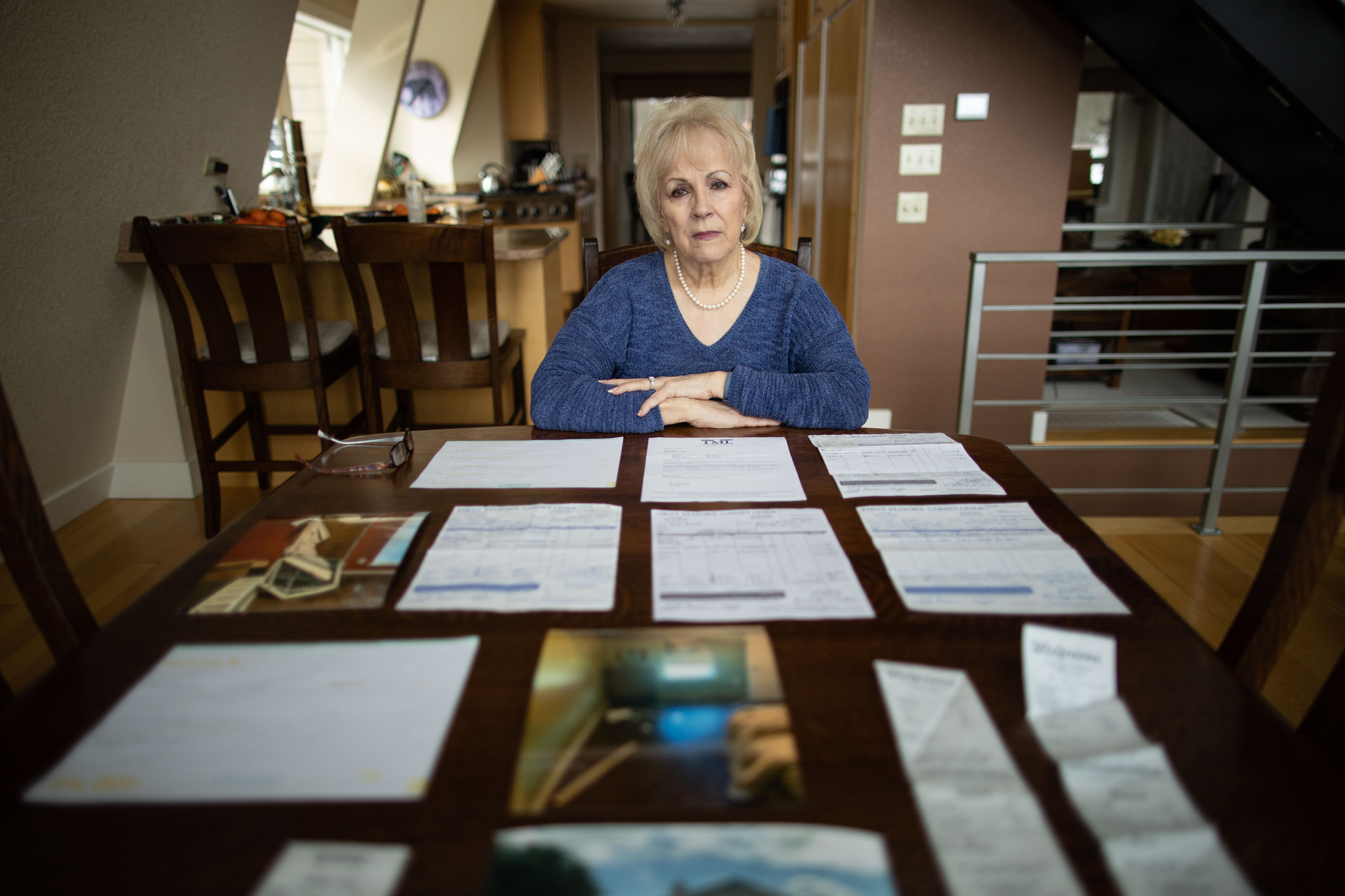