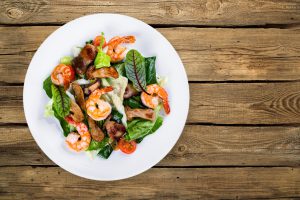 Did you know that it’s illegal in California to prepare an authentic Mexican burrito or Japanese sushi roll at home and sell it at farmers’ market or anywhere else?

But California lawmakers are looking to change that with a new bill that could expand the types of food people can legally prepare and sell from home. Assembly Bill 626, which recently passed the Assembly Health Committee, would enable local governments to license “microenterprise home kitchen operations” that prepare a variety of hot meals—like authentic Nepalese dumplings, Jamaican jerk chicken or tamales—and sell them to eager consumers.

AB 626 is a promising, though imperfect, response to the rise of a growing number of tech companies that make it easier for ordinary people who don’t own restaurants or food trucks to sell homemade foods. Fairly new businesses like Josephine (which supports the bill), Meal Surfers, MyTable and Umi Kitchen are promising to “bring the sharing economy to your kitchen.” Like ridesharing or short-term rental services “foodsharing” would allow innovative people to benefit from yet another familiar, daily activity—cooking.

In bringing the national conversation on food freedom back to the forefront of California policy discussions, AB 626 is an improvement on the status quo, but it could go further to cut burdensome red tape on homemade food sales and empower hardworking entrepreneurs. If enacted, the new law would force entrepreneurs to tangle with a patchwork of different local regulations that could make it difficult or impossible to sell hot food to customers in different counties. Even worse, the bill would limit sales from each home kitchen operation to no more than 60 per week—which would be fewer than nine meals per day for anybody who wants to sell meals daily.

Such arbitrary restrictions unnecessarily harm the ability of hardworking families to develop and grow their business. Nobody (beyond special interests) would support an arbitrary cap on how many rides an Uber driver could give or how many cakes a bakery could sell. It likewise makes no sense for the government to tell homebased cooks, who are nowhere near capable of producing storefront quantities of food, what they can sell.

Lawmakers have worked to expand food freedom before. The state’s 2012 “cottage food operations” law made it legal for people to sell certain nonperishable home-baked goods, but like AB 626, it didn’t go far enough in cutting red tape and allowing for a vibrant, healthy marketplace of delicious, home-cooked meals.

For a useful food reform model, California lawmakers should look to Wyoming, which enacted its groundbreaking Food Freedom Act in 2015 and expanded it in March. As Reason reported, the Wyoming law deregulated many direct-to-consumer food sales statewide and became a model for similar reforms in Colorado and North Dakota.

Homebased food sales provide economic opportunity for entrepreneurial cooks, many of whom are working-class immigrants and minorities. Whereas restaurants demand long hours with limited flexibility, working from home allows cooks to set their own schedules, limit transportations costs, and juggle household responsibilities like childcare. Such work can also provide much-needed supplemental income to retirees and people with other jobs that don’t pay enough.