The Derby City may embrace competition on the horse track, but Louisville, Kentucky, is betting against food trucks by using government power to give a leg up to its favorite brick-and-mortar businesses. That is why IJ teamed up with two Louisville food truck entrepreneurs to challenge the city’s anticompetitive 150-foot proximity ban. This case is the newest front in our National Street Vending Initiative, which seeks to legalize street vending across the nation.

Worse still, the 150-foot ban arbitrarily treats food trucks differently based on what they sell. So while a food truck serving burgers is banned from operating within 150 feet of a burger joint, a pizza truck can park right out front. As if that were not enough, a restaurant that does not sell similar food can force a nearby food truck to shut down at any time by simply adding food to its own menu that is similar to whatever food the truck sells.

Among the vendors caught in Louisville’s crosshairs are Troy King and Robert Martin. City officials forced Troy to shut down his food truck, Pollo, by threatening to fine him and tow the truck away simply because he was vending within 150 feet of a restaurant selling chicken. Robert stopped bringing his food truck, Red’s Comfort Foods, which serves gourmet hot dogs and sausages, downtown after city officials cited him for serving customers within 150 feet of a restaurant that serves pork and bread. But whether you can operate your business should not turn on whether a competitor sells the same thing.

This case seeks to extend a victory in another IJ case that involved the government attempting to use its power to stifle competition. In a landmark 2002 ruling, the 6th U.S. Circuit Court of Appeals—which includes Kentucky—held that economic protectionism is not a legitimate government interest. In that case, the court struck down a law involving the sale of caskets  and designed to protect licensed funeral directors from competition. Similarly, Louisville’s 150-foot proximity ban also protects a discrete interest group from competition.

Food truck entrepreneurs operate their vending businesses to support themselves and their families, but Louisville shuts them down to protect restaurants from food truck competition. This law has greatly harmed the vending community, including our clients, so IJ teamed up with Troy and Robert to fight back and challenge the constitutionality of Louisville’s 150-foot ban in federal court.

And IJ will keep on fighting for all startup entrepreneurs until the courts rule once and for all that it is customers, not the government, who get to pick winners and losers in the marketplace. 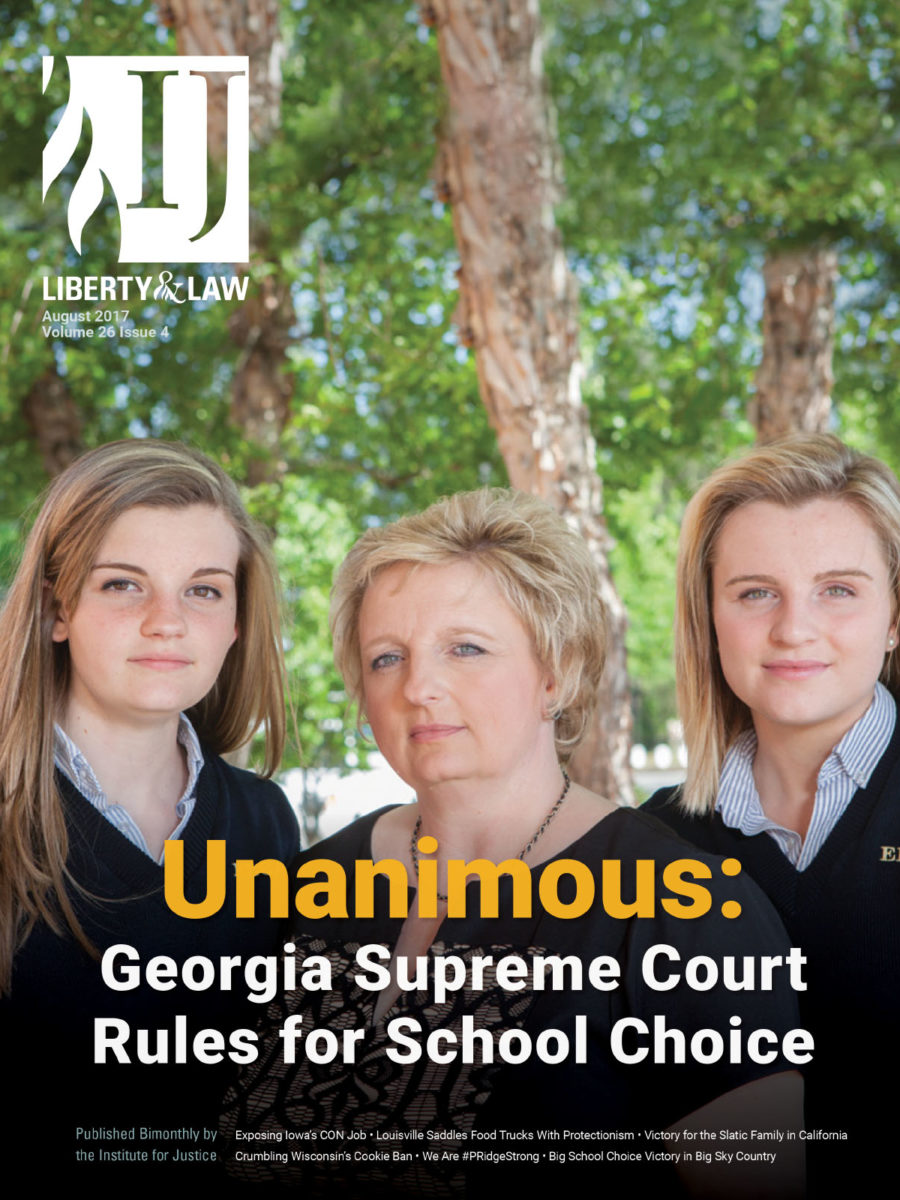