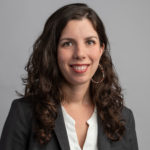 Due to the national shortage of child care, neighborhood day cares are more important than ever. But in West Austin, some politically connected golfers are trying to shut down a home day care in the city of Lakeway by exploiting the city’s strict zoning laws for home businesses. IJ sued to protect Bianca King and her neighborhood day care in February.

Bianca King is a single mother to two small children whose life was turned upside down when she was laid off from her job in the aerospace industry during the pandemic. Bianca decided to turn this upset into an opportunity. She has always had a gift with children, so she decided to open a small home day care business.

Bianca began watching a few of her neighbors’ children during the workday as she stayed home with her own two children. The children love going to Bianca’s house, and her clients are grateful to have found such an intimate and high-quality day care for their children. Bianca watches only two to four children at a time, in addition to her own two. She is also inspected and certified by the state.

Unfortunately for Bianca, her house backs up to the tee box on the eighth hole of a private golf course, and three golfers complained that hearing and seeing children in Bianca’s backyard interferes with their golf game. And who was one of those golfers? The former mayor of Lakeway.

The city received these complaints and told Bianca that her certification from the state was not enough—she also needed to apply to the city for a home business permit. This triggered a five-month administrative process, including two public hearings. Many of Bianca’s neighbors and clients wrote letters in support of Bianca. But the former mayor, Joe Bain, and two other golfers complained they did not like seeing toys and a swing set in Bianca’s private, fenced-in backyard while they were on the course. They also complained they did not want to hear children playing during their golf game.

Of course, Bianca’s own two children would still play with toys in her yard regardless of whether she had a home day care. There are also several other homes with children that back up to the course.

Even so, the city denied Bianca the permit she needed to stay in business. It did so by relying on its home business ordinance, which allows the city to deny home business permits for 19 different reasons, including if the businesses are not completely “undetectable.” Now Bianca risks criminal prosecution and fines of up to $2,000 a day if she keeps operating.

IJ sued to protect Bianca as well as home businesses across the nation. Although home businesses are more common than ever, many cities are still aggressively cracking down on them—even banning businesses as ordinary and inconspicuous as tutoring, music lessons, and home baking.

Americans have a right to use their property in ways that don’t interfere with their neighbors. Bianca’s business is harmless, and she has a right to stay in business. We are optimistic the Texas courts will agree.

Erica Smith Ewing is an IJ senior attorney, and Jared McClain is an IJ attorney.