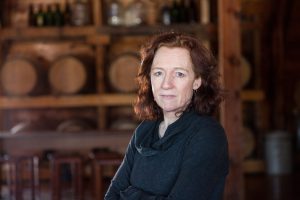 Minneapolis, Minn.—In a major victory for winemakers nationwide, yesterday afternoon a federal judge struck down a Minnesota law that prohibits wineries from making wine unless a majority of the grapes are grown in Minnesota—a restriction put in place to protect the state’s grape industry from economic competition. Minnesota’s law, versions of which are enforced in over a dozen other states, makes it difficult—if not nearly impossible—for Minnesota’s burgeoning wine industry to make wines that consumers are accustomed to drinking.

“This is a huge win for the future of the wine industry and small wineries in Minnesota,” said Nan Bailly, owner of Alexis Bailly Vineyard. “We are finally free to make the wines we want to make, not the wine dictated by the state legislature.”

The victory is the first ruling to find a law like this unconstitutional. Given the number of states that use the same protectionist barriers, it has major implications across the country. Those states—including New York, Pennsylvania, Illinois and others—may now have to face similar challenges to the one here. And given how clear the Minnesota judge’s ruling was, those states will be hard-pressed to continue justifying their restrictions on free trade in wine products.

Most wines Americans are accustomed to drinking are made with grapes that struggle in Minnesota’s cold climate. Northern grape varieties, which can grow with some difficulty in Minnesota, often produce wine that is too acidic for most consumers. To make a Minnesota wine palatable, most wineries blend Minnesota grapes with grapes grown elsewhere to create a wine that is essentially Minnesotan but more appealing to a traditional palate. The state’s law mandating that Minnesota grapes constitute the majority of a farm winery’s final product therefore handicaps vintners. As a result, the government’s in-state grape requirement restricts farm wineries from producing the broad variety of wines that consumers want—even though these wines would be legal to sell at a wine or liquor store if made out of state.

By contrast, Minnesota’s biggest craft beer breweries, like Summit and Surly Brewing, are among the most successful in the country, thanks in part to a variety of hops grown in the Pacific Northwest that flavor their signature beers. If Minnesota breweries were instead forced to use hops mostly grown in Minnesota, many of their popular products would become difficult, if not impossible, to offer.

“The U.S. Constitution was crafted to guarantee free trade among the states,” said Institute for Justice (IJ) Senior Attorney Anthony Sanders. “Minnesota violated this founding ideal by restricting the grapes that wineries can purchase from other states. This is a vindication of our client’s rights and also of that founding ideal of free trade.”

Jaimie Cavanaugh, another attorney in IJ’s Minnesota office, added, “We are very pleased that the judge saw what is going on in this case: Our clients cannot get a license if they trade more with Wisconsin than Minnesota. But our Constitution says that we are one nation. We just made that principle a little more real in Minnesota.”

Judge Wright relied upon a recent Supreme Court ruling, Tennessee Wine and Spirits Retailers Association v. Tennessee, which struck down a limit on new residents getting liquor store licenses in Tennessee. That was also a case litigated by IJ, which represented a small liquor store owned by Doug and Mary Ketchum. These cases were not the first time IJ fought illegal liquor regulations in court. IJ argued a 2005 case, Granholm v. Heald, that saw the U.S. Supreme Court rule it unconstitutional for states to discriminate against out-of-state wineries in the business of selling wine directly by mail to consumers.