Arlington, Va.—In a unanimous opinion issued today by the U.S. Supreme Court, and authored by Associate Justice Clarence Thomas, the Court ruled in Tanzin v. Tanvir that individuals may seek damages as a remedy when federal officers violate their rights. The opinion closely tracks an amicus brief submitted by the Institute for Justice.

The case involved FBI agents who retaliated against Muslim-Americans and green-card holders who followed the dictates of their faith and refused to cooperate with the FBI by spying on their own communities. As a result of their refusal to cooperate, these individuals were placed on the No Fly List, which caused significant hardship, such as the inability to travel to visit family or for work. Luckily, Congress provided a statutory authorization to sue for violations of religious rights, allowing a plaintiff to receive “appropriate relief against the government.”

Not surprisingly, in the lawsuit against the FBI agents, the government argued that the words “appropriate relief” do not include damages. According to the government, damages might be an appropriate remedy against private actors, but damages should not be allowed if the person who violated your rights happens to work for the government.

The Institute for Justice filed an amicus brief arguing against this radical notion. IJ’s brief outlined how suits for damages against government officials are the historical cornerstone of government accountability, how damages are often the only way to vindicate constitutional rights, and how none of the government’s policy justifications against damages have a basis in reality. IJ further explained that matters of policy should be left to Congress, not courts.

In a unanimous opinion, the Supreme Court agreed.

According to the Court, “in the context of suits against Government officials, damages have long been awarded as appropriate relief.” And that has been true not only for state and local officials, but also federal officials, like those employed by the FBI. Moreover, the Court highlighted that damages are important because they are often the only remedy available. For example, for one of the plaintiffs, Muhammad Tanvir, who lost his job because of his placement on the No Fly List, it is damages or nothing. Finally, in response to the government’s argument that policy favors denying a damages remedy against government officials, Justice Thomas, just like Justice Story two centuries before him, emphasized that it is the job of Congress to engage in policy making: “[T]here are no constitutional reasons why we must do so in its stead.”

“The Court today has provided its full-throated endorsement of damages as a necessary and historic mechanism for constitutional accountability,” said Scott Bullock, IJ’s president and general counsel. “In doing so, the Court also reiterated its support for the foundational principles of this country, such as that damages can be awarded to check the government’s power and that it is Congress’ job to engage in policy making. The Court’s job is to interpret the law, not to do policy.”

IJ’s support for the individuals who sued the government in this case is part of its Project on Immunity and Accountability, which is devoted to the simple idea that government officials are not above the law; if citizens must follow the law, then the government must follow the Constitution. IJ’s recent U.S. Supreme Court case Brownback v. King is also a part of this Project. It similarly asks the Court to stay true to this nation’s original promise by allowing James King—an innocent college student who was brutally beaten by police—his day in court, to hold accountable the government workers who violated his constitutional rights and to seek damages for the harm they caused him. 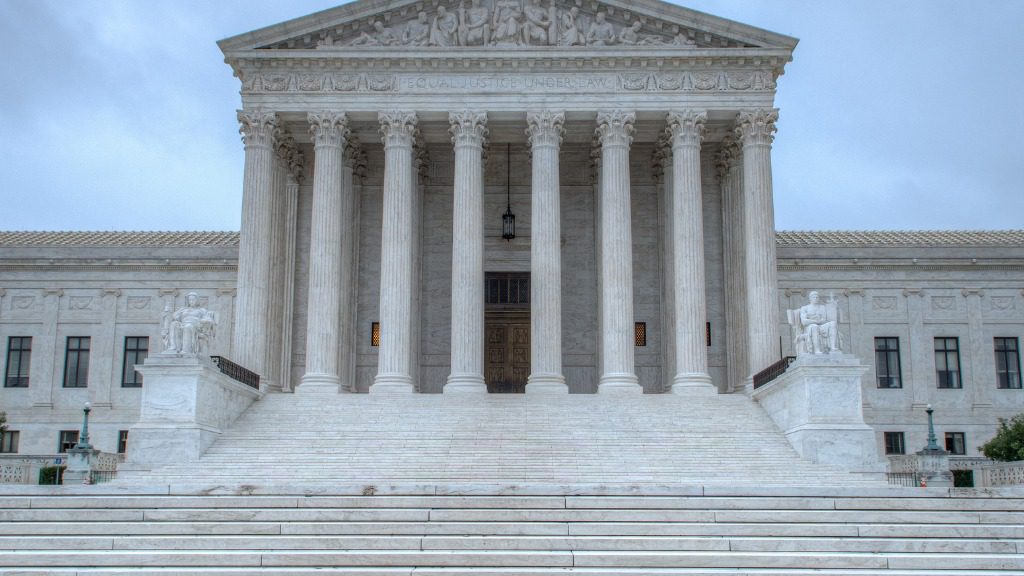