Brownback v. King is IJ’s first Immunity and Accountability case that was argued before the United States Supreme Court. It involves James King, an innocent college student who was brutally beaten and choked unconscious by plainclothes police. The Court had to decide whether to create an additional loophole to accountability, allowing constitutional claims against individual officers to disappear simply because there were additional claims involving the United States Government. Handing the government a technical victory, the Court ruled that when a case is dismissed against the federal government for failing to meet one of the elements of the Federal Tort Claims act, this dismissal constitutes a ruling on the merits. But the Court declined to do away with the case altogether. The case is now going back to the Sixth Circuit to answer a more substantive and fundamental question: whether two claims brought in the same lawsuit can cancel each other out, simply because one of the claims was brought against the federal government. If we prevail on this question, this will make an enormous impact on the accountability jurisprudence across the country by bringing it back to its roots and realigning it with centuries of common law. 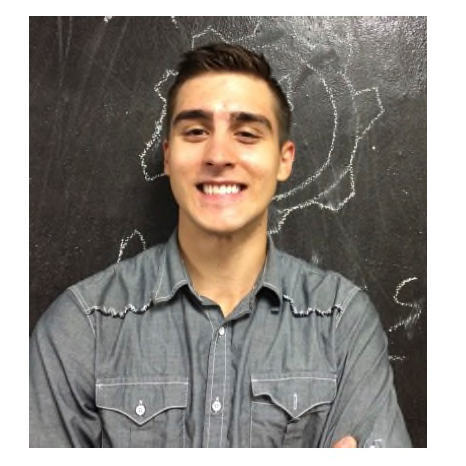 Download Opposition to the Government's Petition for Cert PDF

Opposition to the Government's Petition for Cert

Reply Brief for the Cross-Petitioner

Merits Brief for the Respondent 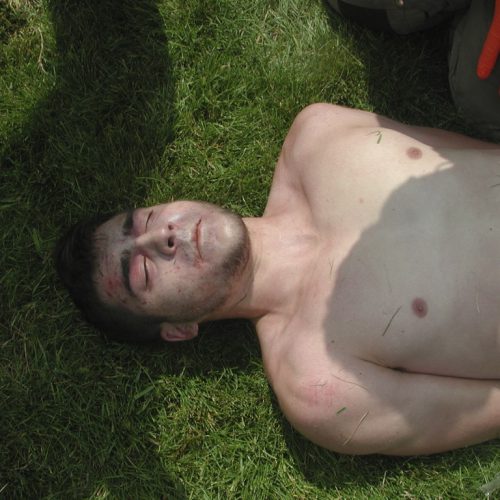 Brownback Case Is NOT Over: What Happened Yesterday in the Police Brutality Case and What Happens Next

George Floyd and Beyond: How “Qualified Immunity” Enables Bad Policing

In 2014, King was walking between two summer jobs in Grand Rapids, Michigan when two men in scruffy street clothes stopped him, demanded to know his name, and forcibly took his wallet. James, thinking he was being mugged, did what anyone would do in that circumstance:  He ran. And when the two men caught up with him and beat him mercilessly, James fought for his life to escape before they choked him unconscious. These men were a local police detective and an FBI agent working as part of a joint state-federal task force looking for a non-violent fugitive.  The man they sought was wanted for the petty crime of stealing a box of empty soda cans and several bottles of liquor from his former boss’ apartment.

The officers had a vague description of the fugitive:  a 26-year-old white male between 5’10” and 6’3” with glasses. They were working off pictures that in no way resembled James.  But still, the officers stopped him. (Photos of the suspect police sought and a photo of James King before his beating by the law enforcement officers.)

Without identifying themselves as police, the men began asking James questions and ultimately pinned him against their vehicle. When one of the men took James’ wallet, James believed he was being mugged, so he did what any rational person would do: He tried to escape. But when he did so, the men tackled James, choked him unconscious, and severely beat him. 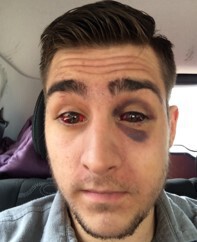 (Photos of James immediately and then several days after his beating by members of a joint task force.)

Like James, bystanders did not know that the men beating him were with law enforcement officers. Responding to James’ desperate pleas for help, bystanders called the police stating that the men who were beating James “were going to kill him” if he didn’t get help immediately. Uniformed officers eventually arrived on the scene.

The Criminal Justice System Closed Ranks to Protect Their Own

The criminal justice system immediately closed ranks to shield the officers from any accountability for their actions. When uniformed officers arrived on the scene, one went around forcing witnesses to delete evidence.

Although it was clear that James was not the fugitive but instead an innocent student whom the officers had misidentified, police still charged James with several felonies and took him by ambulance to the hospital, where they handcuffed James to his bed. From there, police took James to jail, where he stayed until he could make bail.

Worse still, Kent County, Michigan, prosecutors refused to drop the charges. Instead, after James rejected a plea offer, prosecutors subjected him to a criminal trial. Thankfully, a jury acquitted James of all charges. If James had been convicted or pleaded guilty, he could have faced decades in prison, and it would have been nearly impossible for him to sue the officers and hold them to account for their actions that violated his constitutional rights.

Then James sought justice by filing a federal lawsuit. After the trial court initially granted the officers qualified immunity, the federal appeals court reversed that ruling, which normally would have sent the case back to the trial court, where James would at last have an opportunity to present his case and ask a jury to hold these officers to account.  But instead, the government (specifically, the U.S. Solicitor General) appealed the case to the U.S. Supreme Court and asserted an argument that would create an enormous new loophole through which government officials can escape accountability when they violate someone’s constitutional rights.

A number of members of Congress, scholars and advocates have all urged the High Court not to create a loophole for government officials seeking to escape accountability.

For more information on this case, visit: https://ij.org/case/brownback-v-king/.

This Officer’s Lies Ruined the Lives of Dozens, Yet The Courts Protect Her from Accountability