For good reasons, civil forfeiture is often characterized as “policing for profit.” But what is happening to a national armored-car company is hardly policing; it’s “highway robbery with badges.” Empyreal Logistics transports proceeds from cash-intensive businesses, including state-licensed cannabis businesses, to financial institutions. Empyreal works only with state-legal businesses, and neither they nor their clients have been accused of any criminal behavior or wrongdoing.

Nevertheless, since May 2021, Empyreal’s vehicles have been stopped and searched by sheriff’s deputies five times—twice in Kansas and three times in San Bernardino County, California. The three San Bernardino stops occurred over the course of just eight weeks, including a stop as recently as January 6.

Although none of these five stops led to an arrest or even a traffic ticket, three resulted in the seizure of all the legal deposits in Empyreal’s vehicles, totaling over $1 million. Each time deputies seized these legal proceeds, they handed them over to federal agencies to take through federal forfeiture procedures. If successfully forfeited, up to 80% of the proceeds taken through the federal “equitable sharing” program would then return to local sheriffs to spend as they please.

The California seizures are especially questionable because there is no doubt that Empyreal’s business is legal in the state; in fact, it’s considered essential for safely moving cash off the premises of cannabis businesses. When California legalized the sale and use of marijuana, many financial institutions and armored car companies hesitated to work with the industry because of the uncertain legal landscape. Licensed cannabis businesses’ options were limited, and they found themselves sitting on large amounts of cash, which made them prime targets for criminals. In response, the California Legislature passed a law making clear that it was legal—and important to the State–for armored car companies, like Empyreal, to work with state-licensed cannabis businesses to transport their deposits to financial institutions for safe-keeping.

While sheriffs may think they can use the federal equitable sharing program as an end run around state law, the forfeitures are clearly not allowed under federal law either. For years, Congress has prohibited federal law enforcement from using any funds to interfere with state-legal medical cannabis businesses. Most of the cannabis clients Empyreal serves have medical cannabis licenses and Empyreal serves as a critical piece of financial infrastructure for those businesses. By participating in these seizures and forfeitures, federal agencies like FBI and DEA, along with DOJ, are violating Congress’ prohibition and acting outside their legal authority.

These profit-motivated stops serve no legitimate purpose, exceed law enforcement’s rightful authority and violate the Constitution. The Institute for Justice represented Empyreal in a federal lawsuit challenging the actions of the San Bernardino County Sheriff’s office and the federal agencies that are targeting Empyreal’s vehicles for stops, searches, seizures and forfeitures. After the federal government returned the proceeds and following a separate agreement between Empyreal and the sheriff regarding potential future stops, the lawsuit was dismissed. 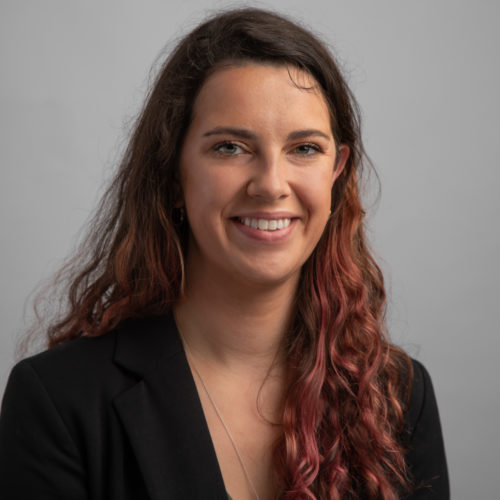 Empyreal is suing both the San Bernardino County Sheriff, who has repeatedly seized state-legal proceeds from its vehicles, as well as the federal law enforcement agencies and personnel with whom they partnered. The company seeks forward-looking declaratory and injunctive relief against future stops, searches and seizures of its vehicles and their contents. Empyreal is also asking for both a temporary restraining order and a preliminary injunction so that it can immediately resume operating in San Bernardino County and elsewhere.

First, Empyreal is suing the San Bernardino County Sheriff for unlawfully seizing property without the legal authority to do so. The duties and powers of a sheriff are enumerated in the California Government Code. Nowhere in these provisions is a sheriff authorized to search and seize property without any evidence of criminal activity. Here, the Sheriff’s office not only had no indication of any criminal activity but in fact had ample evidence that Empyreal was engaged in a business expressly endorsed as legal by California statute. Under these circumstances, the ongoing stops, searches and seizures of Empyreal’s vehicles are unlawful as ultra vires.

Second, Empyreal is also suing the U.S. Department of Justice (DOJ), Drug Enforcement Administration (DEA) and FBI for acting beyond their legal authority. These federal law enforcement agencies are limited in their power to enforce federal cannabis laws by the Rohrabacher-Farr Amendment, an appropriations rider which prohibits DOJ from spending any funds to enforce against state-authorized medical cannabis businesses. Empyreal transports bank deposits for state-licensed medical cannabis businesses and serves as critical financial infrastructure for those businesses. By seizing deposits from Empyreal vehicles, federal law enforcement agencies are interfering with the state-legal medical cannabis industry and thus are violating Congress’ prohibition against spending any funds for these purposes.

Third, Empyreal is suing both the San Bernardino County Sheriff and the federal law enforcement agencies for violations of the Fourth Amendment to the U.S. Constitution. The Fourth Amendment protects Americans from unreasonable searches and seizures. The warrantless stops, searches and seizures of Empyreal’s vehicles and their contents are pretextual and unsupported by reasonable suspicion, let alone probable cause. The Sheriff’s deputies have no reasonable suspicion or probable cause of criminal activity because all the proceeds Empyreal is transporting are from activities that are legal under California law. And, because federal law enforcement agencies are prohibited from expending any funds to seize or forfeit medical cannabis proceeds, it is not reasonable for them to participate in any searches or seizures of such proceeds under the Fourth Amendment.

Finally, Empyreal is suing both the San Bernardino County Sheriff and the federal law enforcement agencies for violations of the due process guarantees of the Fifth and Fourteenth Amendments to the U.S. Constitution. These guarantees prohibit the injection of personal or institutional financial incentives into the law enforcement process. Here, both the state and federal agencies have significant profit incentives to seize and forfeit the money Empyreal legally transports because their agencies ultimately get to keep the proceeds of these forfeitures.

In fact, this profit motive is the only plausible explanation for why these agencies are seizing the bank deposits being transported by Empyreal’s vehicles. The Sheriff has no legitimate law-enforcement interest in seizing proceeds from businesses that operate legally under state law. And if the federal agencies genuinely believed it was appropriate to enforce federal drug laws against state-legal cannabis businesses that are operating openly and publicly, they would investigate, raid the businesses, arrest any violators and shut them down. Instead, they are merely seizing their proceeds and trying to keep it for themselves. Seizures and forfeitures that are so clearly financially motivated as these cannot satisfy the demands of due process.

The Courts and the Parties

The Institute for Justice is the nation’s leading advocate for private property rights and the abolition of civil forfeiture. IJ is currently litigating a nationwide federal class action against the TSA and the DEA on behalf of travelers who have been unlawfully detained and had their cash seized without probable cause at airports across the country.

IJ regularly comes to the defense of Americans nationwide to fight civil forfeiture, including the owner of a small trucking business who had his cash seized at an airport in Arizona; a nurse traveling to her home country of Nigeria to start a medical clinic for women and children; and a veteran whose life savings were seized while he was traveling to visit his daughters.