Americans have been living in small homes for generations. People choose to live in small homes for a variety of reasons, from environmental concerns and simplicity to cost. But Calhoun, Georgia, like cities around the country, is denying people the ability to even make that choice. Despite the demand for small homes in Calhoun, the government is banning the construction of homes less than 1,150 square feet.

Cindy Tucker started volunteering for Tiny House Hand Up, or THHU, to help hardworking residents of Calhoun and surrounding Gordon County achieve their dreams of homeownership by filling a niche for smaller, less costly homes. But the city of Calhoun has banned THHU from moving forward with their plan because the homes aren’t as large as the city demands.

Cindy and THHU are ready to break ground on the “Cottages at King Corner,” a community of beautiful, Southern-style cottages with 540 to 600 square feet of living space each. They have housing plans, support from a financial institution to help finance mortgages, and contractors at the ready. All they need is for the government to get out of the way.

There is no reason to ban smaller homes, which people have built and lived in for generations. Smaller homes comply with all building code requirements concerning health and safety. And it makes no sense to say that a community of beautiful cottage homes would negatively affect neighbors when Calhoun was willing to let Cindy and THHU build a truck terminal, warehouse, or scrap metal processing center in the same place. The only reason to ban smaller homes is to exclude so-called “undesirable” people who could afford to buy them and to artificially inflate property values in Calhoun by forcing people to build unnecessarily large homes.

That is not just wrong, it is unconstitutional. Georgia’s Constitution requires zoning laws to be substantially related to public health, safety, morality or general welfare. Calhoun’s ban on smaller homes is not related to anything other than excluding people with lower incomes and forcing people to live in homes that are larger than they want.

That is why Cindy and THHU have teamed up with the Institute for Justice to fight for their right to use their property the same way people have always used their property: to build and live in modestly sized homes. On October 27, 2021, they filed a petition to allow a lawsuit to go forward, asking the court to find that the City of Calhoun’s ban on smaller homes violates the Georgia Constitution. 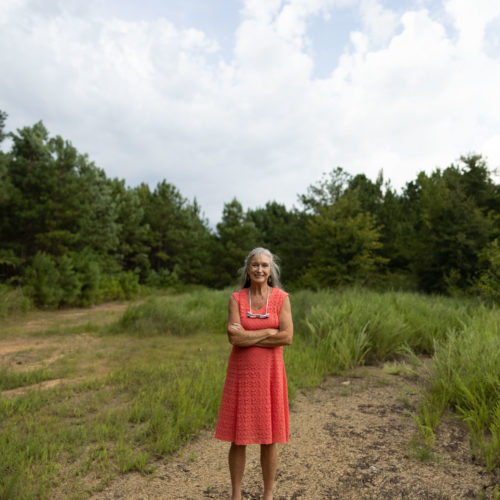 Calhoun resident Cindy Tucker and nonprofit THHU work to make homeownership affordable
Homeownership is financially unfeasible for too many in Calhoun, Georgia. Its poverty rate is more than twice the national average and its rate of homeownership is over 36% lower. 1 Unsurprisingly, almost 20% of homeowners and 40% of renters in Calhoun live in unaffordable housing, which typically means housing that costs more than 30% of household income. 2

A few years ago, Cindy Tucker grew tired of talking about the problem and decided to act. She is the executive director of a nonprofit called Tiny House Hand Up, Inc., or THHU, which was formed by concerned residents to fill the void left by what they perceived to be Calhoun’s ineffectual efforts to address housing affordability.

Cindy and THHU seek to help hardworking residents of Calhoun and surrounding Gordon County achieve their dreams of homeownership by building smaller, Southern-style cottage homes. This housing would occupy a crucial niche in the housing market. The city of Calhoun rents a limited number of subsidized government-owned apartments, but that does not provide a path to homeownership and wealth accumulation, nor does it help those who are not eligible for a subsidy but are priced out of the current housing market. Focusing on smaller cottage homes is a simple and elegant solution to housing affordability: smaller homes cost less to build, so they are inherently affordable and can be sold at market rates without relying on limited government subsidies.

Cindy and THHU are ready to build. They received a donation of about eight acres of undeveloped land where they want to build a community of beautiful homes called the “Cottages at King Corner.” They will start with six homes with one to two bedrooms and between 540 to 600 square feet each and hope to eventually grow the community to between about 20 to 30 homes. They have housing plans, financial support from a bank, and contractors at the ready. All they need to start building is for the government to get out of the way. After Tiny House Alliance USA connected THHU to IJ, they started working to make that happen.

Calhoun bans smaller homes from being built
Instead of applauding their citizens’ bottom-up, market-based solutions to housing affordability, the city of Calhoun has stood in the way. Cindy and THHU cannot build their planned community of cottage homes because the city of Calhoun has banned smaller homes from being built. Calhoun’s zoning code includes “minimum floor areas” that prohibit building single-family homes unless they exceed a certain size. The smallest home permitted in areas zoned for single-family homes is 1,150 square feet. (Some zones require even larger homes of 1,800 square feet!) Complying with the 1,150 square feet requirement would add $65,000 to $90,000 to THHU’s costs to build each home.

Cindy and THHU spent years trying to negotiate with the city of Calhoun for permission to build their cottage-home community. But Calhoun would not budge. City officials made clear that they did not want smaller homes built within city limits.

Cindy and THHU made one last attempt and applied for a zoning variance, an application for an exception to the zoning restrictions, that would let them build cottage homes between 540 and 600 square feet. On October 11, 2021, the City Council held a public hearing where it heard from a handful of opponents—including a developer who owned the adjoining undeveloped property and was trying to buy THHU’s property. The opponents argued that building smaller homes would lower property values and that homes that are affordable to lower-income people will invite “riff raff” into the area. After listening to these comments, the City Council denied the variance.

Throughout Georgia, large minimum square footage requirements reduce the options homebuyers have. Sometimes, the square footage requirements are even larger than Calhoun’s. For example, Powder Springs requires new homes to be at least 1,400 square feet, and median home prices rose 11.5% from September 2020 to September 2021. College Park has a minimum requirement of 1,600 square feet, with home prices rising 55% in the same period.

Calhoun’s irrational ban on smaller homes violates the Georgia Constitution
The city of Calhoun’s ban on smaller homes is not just misguided—it violates the Due Process Clause of the Georgia Constitution. 3 Under the Due Process Clause, zoning restrictions that limit the use of private property are only permissible if they bear a substantial relation to public health, safety, morality or general welfare. 4

Banning smaller homes serves none of these purposes. Small homes are just like any other home, just smaller. They are perfectly healthy and safe, and they would comply with all building code requirements.

The smaller homes that Cindy and THHU want to build would also contribute to the general welfare by creating a community of charming, Southern-style cottages and plenty of green space. The community would improve the surrounding area, which consists of warehouses, manufacturing plants, cow pastures and single-family homes. Indeed, the city of Calhoun was perfectly willing to let Cindy and THHU build a truck terminal, warehouse, or scrap metal processor on the property—just not smaller homes.

The real motivations for Calhoun’s ban on smaller homes are clear: smaller homes are more affordable. If you build more affordable homes, people who can afford to live in those homes will become your neighbors—people described as low-income and “riff raff” by one of a handful of opponents who spoke at the public hearing just before Calhoun rejected Cindy and THHU’s proposal. Conversely, larger homes also cost more to build, so forcing people to live in larger homes artificially inflates property values.

That’s not just wrong, it’s unconstitutional. People have lived in small homes in Calhoun, in Georgia, and around the country for generations without issue. Georgia’s Constitution does not allow cities to trample the right to use property in this manner in the name of excluding people and artificially inflating housing costs.

The Institute for Justice
The Institute for Justice is a public-interest law firm that litigates nationwide to vindicate individual liberties. IJ fights against arbitrary government restrictions on the right to use property responsibly in ways that do not interfere with anyone else’s use of their property. IJ has successfully challenged arbitrary laws that prohibit people from using their property in ways that people have always used their property: to grow vegetables on their front lawn, to run small home businesses, and to bake and sell food from a home kitchen. Government busybodies increasingly want to say not only what you may do on your property, but also what kind of home you are allowed to live in. IJ stands ready to continue to help homeowners fight these increasingly intrusive and irrational regulations.

A South Carolina town changed its zoning regulations and ordered a small automotive business to stop renting U-Hauls. The owners are now fighting back. 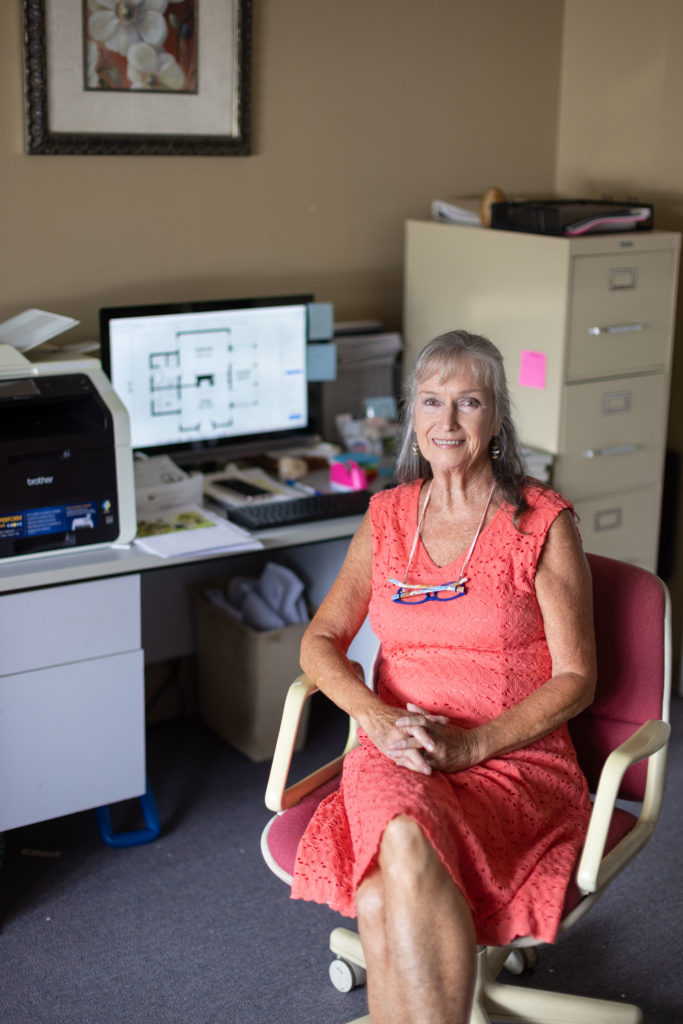 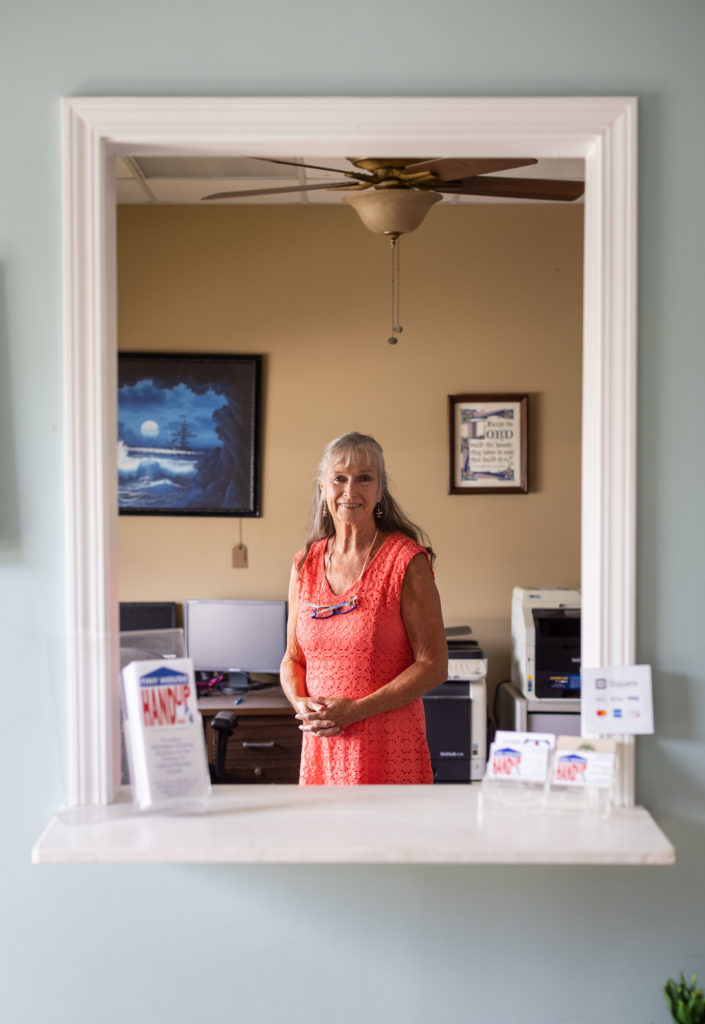 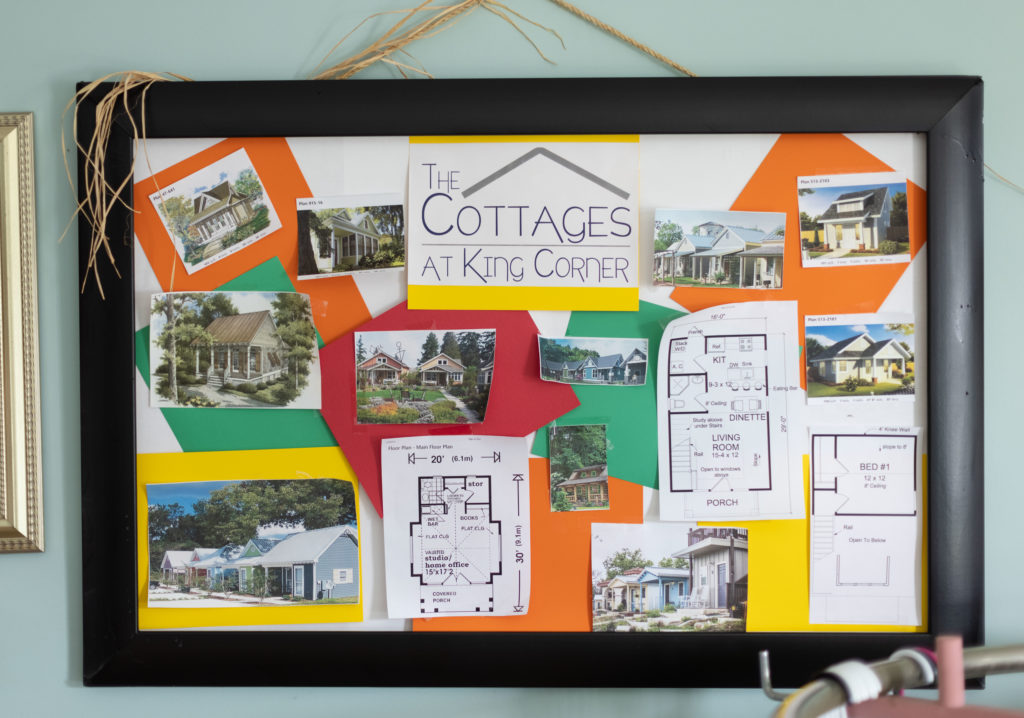