Americans grow up learning that people are innocent until proven guilty. And before someone can be found guilty, they have a right to their day in court. New York City, however, has decided that providing these basic rights is simply too costly and inconvenient.

The City’s Department of Buildings (DOB) imposes “unreviewable” fines to enforce the city’s building code. If the Department determines that someone has violated certain provisions of the building code, it issues a fine and the only option is to pay the amount the Department demands. This lack of process flouts fundamental constitutional protections and places the DOB’s judgment beyond review, even when the DOB makes a mistake. As a result, New Yorkers fined when they should not have been—whether due to the DOB’s or someone else’s error—have no way to raise the issue to the DOB or appeal the penalty. Instead, they simply must pay what the government demands. The innocent people caught up in this unconstitutional system are, in DOB’s view, just the cost of doing business.

Serafim Katergaris bought a home in Harlem in 2014. A title report confirmed the property was free and clear of any encumbrances. It was not until seven years later, when he went to sell the property, that he first learned that the city had fined him $1,000 way back in 2014. The fine wasn’t for something Serafim did wrong. Instead, it was because a prior owner allegedly failed to file some paperwork back in 2013 to certify that the home’s boiler was inspected that year. That paperwork from 2013, of course, had nothing to do with Serafim. Not only did Serafim not own the house at the time, but the owner from whom he purchased the property had removed the boiler before Serafim bought the place. By the time he owned the property, there was no boiler for Serafim to inspect.

Serafim asked the Department to waive the fine. They said “no.” He then  repeatedly asked them for some way to contest the fine and explain his innocence. But DOB would not provide a hearing or a way to appeal the fine; the failure to certify a boiler inspection is one of the Department’s many unreviewable fines. Instead, the DOB simply demanded that he pay $1,000. Serafim paid under protest to allow the sale of his house to go forward, but he knew that the Department’s actions were wrong.

New York’s unreviewable fines are unconstitutional. The Due Process Clause of the United States Constitution guarantees everyone a right to fair notice and an opportunity to be heard in front of an impartial tribunal before the government can impose a punishment. It is a core tenet of representative government.

Serafim has teamed up with the Institute for Justice (IJ) to sue the city in federal court and take a stand on behalf of all New Yorkers. He has asked the court to declare that unreviewable fines are unconstitutional and order DOB to afford people their right to be heard as due process requires. 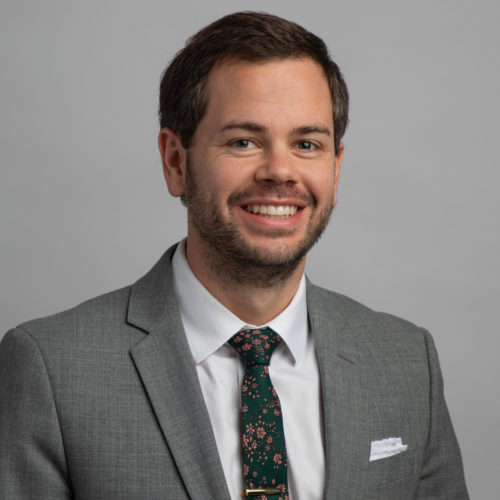 Have you received a fine from the Department of Buildings with no chance of a hearing or review process? If so, we want to hear from you. Please complete the form below so that we may review the details of your circumstance. The Department of Building’s Labyrinth of Fines

Some of New York City’s building code violations are accompanied by an administrative hearing where the accused can make their case. But many others are not, including what it calls “DOB violations,” which “do not require you to appear at [a] hearing, but they may have fines you have to pay.” 1 A DOB violation is a written notice that something about a property is not in compliance with the building code. 2 While there’s no problem in not requiring people to appear at a hearing if they admit they’ve done something wrong, a homeowner must be able to obtain a hearing if they want to contest the fine.

Serafim is not alone in his experience. Queens homeowner Joe Corsini received unreviewable DOB violations related to a pigeon coop he built at his home, 5 something New Yorkers have done for over a century. 6 Joe also teamed up with IJ, and his case is currently pending in federal court.

The owners of many homes heated by low-pressure boilers in New York City must inspect their boiler annually and file an inspection report within 14 days of the inspection. Failure to comply results in monthly fines, which cap out at $1,000 if the report is not filed by January 30th of the following year.

Anyone facing a fine for failure to file a boiler-inspection report can ask the DOB for its mercy. But if the DOB rejects the homeowner’s entreaties, the homeowner has no avenue to further challenge the DOB’s actions.

To make matters worse, the DOB ties these penalties to the property rather than the person responsible. That means whoever owns the property when DOB gets around to issuing a fine must pay the penalty—regardless of whether they owned the property when the alleged misconduct occurred. And because of the way DOB set up its system of fines, it’s not uncommon for the Department to fine an innocent purchaser.

The DOB does not immediately issue the penalty when someone fails to file their annual boiler-inspection report. For instance, for reports from 2013—the calendar year at issue in Serafim’s case—the DOB did not issue notices of violation until March 3, 2015, up to two years after the violations occurred. Anyone who purchased a home in that two-year period got stuck with the unhappy surprise of the prior owner’s fines because the violations did not appear in the title search before the DOB had issued the penalty. People like Serafim who purchase property with a clean title report can still end up facing a future penalty. And because the DOB does not provide a hearing or an appeal, there’s no way to ever challenge the penalty or argue their innocence.

Serafim bought his home in 2014. It did not have a boiler at that point, as the previous owner had removed it prior to the sale. While the previous owner filed the necessary report for removing the boiler, nobody had filed the boiler inspection report for 2013. Thus, under the Department’s system, the property was subject to  a $1,000 penalty on January 30, 2014. In any rational system, Serafim would have known about this penalty by the time he bought his home. But the DOB did not issue a notice of the violation that year, so Serafim’s title search in 2014 did not reveal the penalty, nor did it appear in any of the purchase documents.

On March 3, 2015, the DOB purportedly issued a notice of violation demanding that Serafim pay $1,000 to clear the violation. The notice also noted that the DOB would not accept payment unless he conducted a current inspection and submitted a new report. Of course, this was impossible because, by the time he bought the home, there was no boiler there to inspect.

But Serafim never received that notice. Instead, he first learned of the 2013 violation when he went to sell the home in 2021, by which time the violation appeared in the new purchaser’s title search. He requested a waiver, but the Department refused. He requested a hearing, but the DOB ignored him. With no legal avenue to contest the fine before the DOB, Serafim ended up paying the $1,000 fine  to allow the sale to go through. As he paid the fine, however, Serafim also sent the Department a letter stating that he was paying under protest and demanding that the DOB refund his money. The DOB did not refund his money.

Without any process available to defend himself, Serafim sued the Department in federal court, alleging that the DOB’s unreviewable fines violate the due process of law.

The Due Process Clause of the United States Constitution requires the government to provide notice and an opportunity to be heard in front of an impartial tribunal to anyone it levies a fine against. When an agency levies a fine, the opportunity to be heard must include some forum where a person can raise a defense against the agency’s charges and a chance to appeal the agency’s decision to a real court.

The DOB’s failure to give property owners any chance to contest unreviewable fines is a straightforward violation of due process. Nonetheless, New York City regularly fines people without providing them any hearing or opportunity to appeal. The city has argued elsewhere 7 that the cost and inconvenience of holding hearings for every such fine is prohibitive. Bureaucratic cost or convenience, however, is not an excuse to deny people their constitutional rights. If the city’s position were correct, due process would be dependent entirely on the government’s capacity and willingness to conduct a hearing of some kind. Hearings would vanish. Allowing the government to deny hearings anytime it says a hearing is too costly would nullify the Due Process Clause.

As Serafim’s case illustrates, the DOB issues fines without regard for guilt or innocence. New Yorkers like Serafim are forced to pay for other people’s mistakes without any opportunity to be heard. You shouldn’t have to fire a team of attorneys to make a federal constitutional case every time the city writes a ticket. But right now, that’s the only way to challenge the DOB’s unreviewable fines. That’s why Serafim, along with the Institute for Justice, has sued New York City to put a stop to this unconstitutional system once and for all.

Serafim is represented by Institute for Justice Attorneys Diana Simpson and Jared McClain and Managing Attorney Bill Maurer. Local counsel is provided by IJ’s Will Aronin.

The Institute for Justice is a public-interest law firm that litigates nationwide to vindicate individual liberties. This case is part of IJ’s national work to defend property rights and fight abusive fines and fees levied without due process. In 2021, IJ also sued the New York City Department of Buildings on behalf of Joe Corsini. Elsewhere, IJ has secured a federal consent decree ending Pagedale, Missouri’s abusive fines and fees practices; and is currently working to protect Brookside, Alabama residents from local police using enforcement to generate revenues and Eagle, Wisconsin farmers targeted for code enforcement after they spoke out at town meetings.