Cristal Starling runs a mobile food cart in Rochester, New York, to provide for herself and her grandnephew. She dreamed of expanding the business into a food truck, and she saved enough money to do just that. But in the fall of 2020, the local police raided her apartment and seized $8,040—the money she was going to use to pursue her dream.

Police accused Cristal’s then-boyfriend of dealing drugs, but he was acquitted by a jury. Yet Cristal’s nightmare continued. The police turned Cristal’s savings over to the U.S. Drug Enforcement Agency (DEA), which sought to keep her money through an abusive practice called civil forfeiture, and federal prosecutors pressed forward with the civil forfeiture case even after the not-guilty verdict. Civil forfeiture laws take the presumption of innocence and turn it upside down, forcing property owners like Cristal to prove their own innocence.

Cristal fought to get her money back. She did everything she knew—making phone calls, following instructions she received, and filing a claim with the DEA. It made no economic sense to hire a lawyer to recover $8,040, so Cristal tried to fight without one. She successfully navigated the administrative process at the DEA, but when prosecutors filed a forfeiture action in federal court she missed the deadline to file one required piece of paper. That was enough for the government to take her money forever.

The government never even tried to show that Cristal had done anything wrong, but it was able to take her money by tying her up in complicated legal procedures. And, unfortunately, that is typical in civil forfeiture cases. The average value of forfeiture cases is small, meaning it doesn’t make sense for most people to hire a lawyer even if they could afford one, and most civil forfeiture cases end with a missed deadline rather than a decision on the merits. Property owners are forced to run a procedural gauntlet, and they lose by default if they make just a single mistake.

Cristal has teamed up with the Institute for Justice (IJ) to appeal the district court’s decision to the United States Court of Appeals for the Second Circuit. In a non-forfeiture case, the court would have let Cristal continue her case notwithstanding a single missed deadline. Forfeiture should be no different. Cristal showed up in court to fight, she tried to fight, and she should have been allowed to make her case. 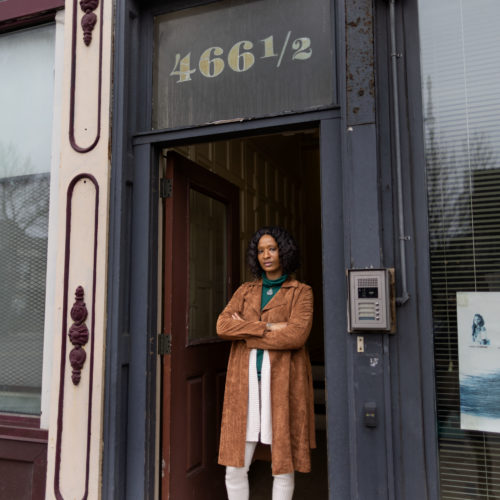 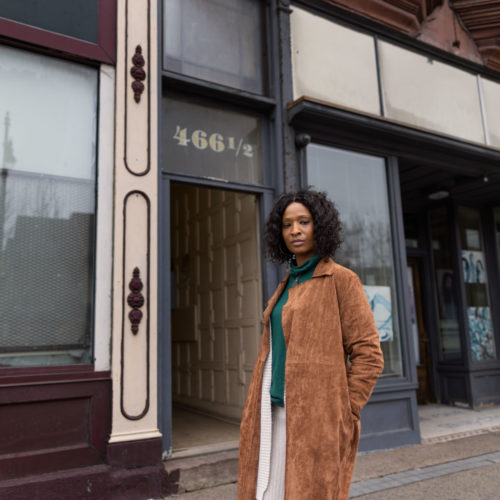 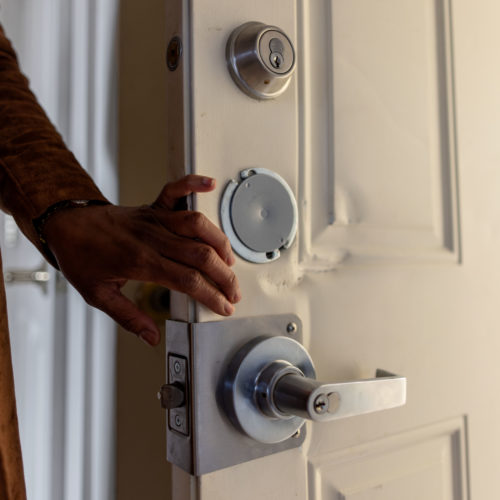 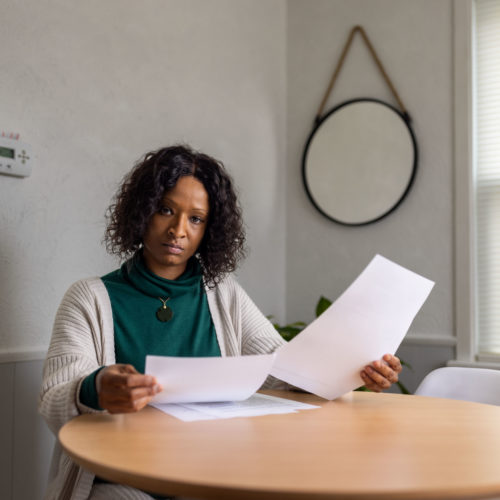 Woman Appeals to Get $8,000 Back After Police Seized it Without Charging Her With Any Crime

Cristal Is An Innocent Entrepreneur And A Caretaker

Cristal Starling has lived in Rochester, New York, for most of her life. She’s worked as a home-health aid and in the food service industry. She plans to begin nursing school later this year. Right now, she loves running her mobile food cart in the warmer months while also working catering jobs on the side.

Cristal works hard not just for herself, but also for her grandnephew. She was awarded custody of him when he was an infant, and she’s been caring for him ever since. He’s in elementary school now, and Cristal hoped the food truck would give her more financial security given the extensive medical treatment that he needs. But Cristal’s hopes were destroyed when her money was seized.

Early one morning, in October 2020, officers for Rochester Police Department raided Cristal’s apartment. There, they found Cristal, her then-boyfriend, and her grandnephew. They also found $7,500 in her dresser drawer, as well as another $540 in the pocket of a pair of Cristal’s pants. The police arrested her then-boyfriend because they found drugs at a different residence tied to him, seized Cristal’s work truck and personal vehicle, and seized her cash. Cristal was able to recover her vehicles, but police turned her cash over to the DEA, which then began proceedings to civilly forfeit the money.

Cristal’s Ex-Boyfriend Was Acquitted, But Her Nightmare Continued

Regardless, while the DEA was working to forfeit Cristal’s cash, the whole assumption on which it had built its case came crashing down. Cristal’s ex-boyfriend was acquitted of all charges by a Rochester jury. Cristal was innocent and the government had never argued otherwise, but now she couldn’t even be guilty by association.

In the world of civil forfeiture, however, the jury verdict made no difference. In a normal criminal case, the government bears the burden to prove guilt beyond a reasonable doubt, but in the civil forfeiture action Cristal was required to prove her own innocence.

Still, Cristal was ready and eager to fight—so eager, in fact, that she turned down a settlement offer from the government. Federal prosecutors offered to give back half of the seized funds if she agreed to give up the remainder. Cristal knew that she had done nothing wrong, so she refused the offer and continued to seek the return of all her money.

Complex Procedures Made It Impossible For Cristal To Win

Hiring a lawyer to fight the civil forfeiture case would have cost Cristal at least $5,000, making it illogical and cost prohibitive to hire one to seek the return of $8,040. So, like many people caught in the civil forfeiture system, Cristal tried to navigate the system alone.

Cristal worked diligently to get her money back, winding her way through the maze of forfeiture procedures—making phone calls and follow-up phone calls, speaking to a private attorney, and following the instructions in the paperwork she received from the DEA. Most importantly, and as instructed, she filed a claim and a petition with the DEA. Cristal was able to successfully navigate an initial round of administrative forfeiture proceedings at the DEA, which then led federal prosecutors to file a civil forfeiture case in federal court.

Despite Cristal’s best efforts, the system was too complex. Cristal had already filed a document called a “claim” with the DEA, and, when federal prosecutors filed a forfeiture action in federal court, Cristal did not realize that she had to file a second “claim” in federal court to preserve her right to the money. The deadline to file passed. As soon as Cristal realized her mistake, she made her appearance in court and told the judge she wanted to fight. But the court refused to excuse Cristal’s late filing and held that the money was forfeited by default. Cristal lost her money without ever having the chance to tell her story.

In a non-forfeiture case, a court would allow a party to continue litigating notwithstanding that type of missed deadline. Even when parties are represented by attorneys, courts frequently will excuse a missed deadline and allow the case to continue so long as a party shows up to defend it before a final judgment has been entered—as Cristal did here. And when parties are trying to represent themselves, courts give even greater leeway. However, different rules apply in civil forfeiture cases, where courts often hold that deadlines should be strictly applied. That is just another way the civil forfeiture laws tilt the playing field against property owners.

In many ways, Cristal’s experience shows what a typical civil forfeiture case looks like. Most forfeitures involve relatively small amounts of money, meaning that it generally makes no sense for a property owner to hire a lawyer. According to Policing for Profit, a landmark study by the Institute for Justice, half of the Department of Justice’s currency forfeitures—most of which involve the DEA—between 2015 and 2019 were worth just $12,090 or less. 1 Most cases end without any decision on the merits. Between 2000 and 2019, DOJ processed 78% of its forfeitures administratively, meaning the government did not even have to make its case in court. 2

Proponents of civil forfeiture paint that as a good thing. In 2017, for instance, former U.S. Deputy Attorney General Rod Rosenstein estimated that 80% of the time, no one tries to claim DOJ’s seized assets because the cases are “indisputable.” 3 As Cristal’s case demonstrates, however, many property owners are trying to fight and are simply getting wrapped up in the system’s complicated procedures. In fact, data shows that, between 1997 and 2015, the Department of Justice rejected 35% of all claims for seized cash on technical procedural grounds—for instance, because a property owner filed a claim that did not include language indicating that it was made under penalty of perjury. 4

Cristal’s case also shows the corrosive role of so-called “equitable sharing.” State forfeiture law in New York provides above-average protection for property owners like Cristal, but, although Cristal’s property was seized by local police, law enforcement was able to evade state protections by transferring her property to the federal DEA for forfeiture under federal law. Then, under the equitable sharing program, local police will be eligible to receive a significant kickback—up to 80% of the forfeiture proceeds. 5 Policing for Profit found that, between 2000 and 2019, New York law enforcement generated $1.4 billion in proceeds through federal equitable sharing. 6

Legal Claim: Cristal Should Have Her Day In Court

Cristal, represented by the Institute for Justice, is asking the United States Court of Appeals for the Second Circuit to reverse the decision of the district court and remand her case back to the district court to be heard on the merits. Cristal ultimately wants her money returned, but, even more fundamentally, she and other forfeiture victims should have their day in court.

Outside the civil forfeiture context, the Second Circuit has explained that “default judgments are disfavored” and a “clear preference exists for cases to be adjudicated on the merits.” 7 And that is even more true when a party is proceeding without a lawyer. The Second Circuit has stated that a “party appearing without counsel is afforded extra leeway in meeting the procedural rules” and “a district court should grant a default judgment sparingly and grant leave to set aside the entry of default freely” in such cases. 8

Founded in 1991, the Institute for Justice is the national law firm for liberty and the nation’s leading advocate for private property rights. For over thirty years, IJ has litigated in the courts of law and in the court of public opinion to defend free speech, property rights, economic liberty and educational choice. IJ has brought suit against various civil forfeiture abuses, including a case in Nevada where police took a Marine veteran’s life savings without charging him with a crime, and a class action lawsuit challenging an Indiana law that allows private attorneys to profit from prosecuting civil forfeiture cases. 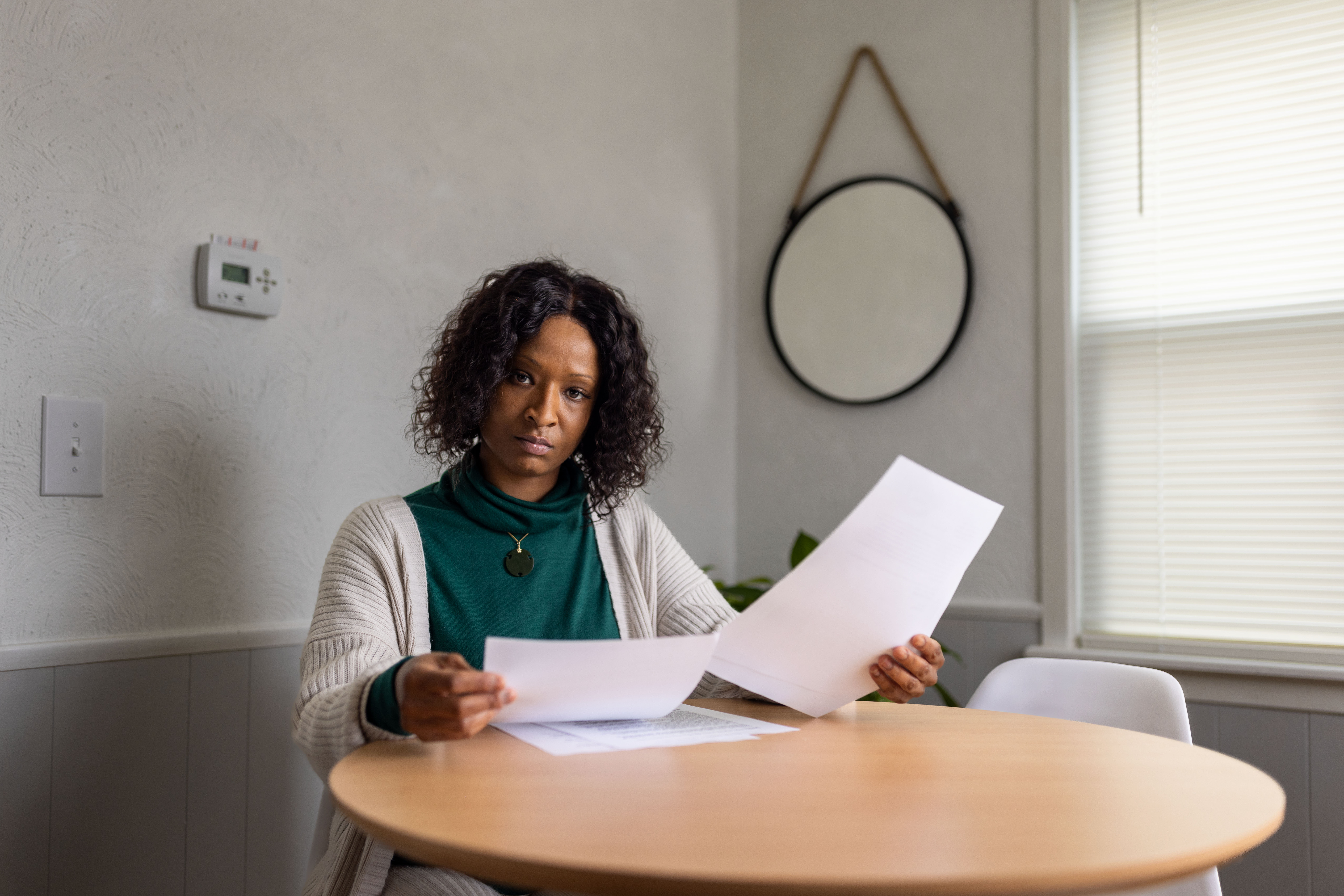