In the name of “zoning,” the City of Sierra Vista, Arizona, is attempting to kick some residents out of their homes in the middle of a pandemic.

Amanda Root has called Sierra Vista, in southeast Arizona, home for more than 20 years. In the late ’90s, Amanda acquired a small lot in the then “Cloud 9 Mobile Home Park.” Amanda lived in a mobile home there, on her own property, all of which she owned free and clear for many years without any problems.

In 2016, Amanda’s home burned to the ground, leaving her temporarily homeless. But in 2017, Amanda was given a park trailer, thanks to the generosity of her friends, to put on her property to live in. Amanda was back home. And she never wanted to leave again.

For years, Amanda and other neighbors lived in similar homes without any problems. For them—as with all of us, especially during COVID-19—their homes are their castles, and their sanctuaries.

But in July 2020—during the middle of the COVID-19 pandemic and out of the blue—the city of Sierra Vista tried to kick Amanda and her neighbors out of their homes and off their property. And the city gave them just 30 days to leave. There was no hearing or appeal offered.

There is no health or safety reason for kicking Amanda out of her home. The home is perfectly safe, and the city has never claimed otherwise. Rather, the city says that Amanda lives in an “RV” instead of a “manufactured home.”

To be clear, it is perfectly legal to live in an “RV” in Sierra Vista. The city just says Amanda cannot have an RV on the property she owns. Why? Because of the technicalities of the city’s zoning laws. As Amanda learned, zoning laws regulate even the minutest detail of our lives, and can be the difference, as here, between having a home of your own and being homeless.

Now, Amanda and her neighbors are teaming up with the Institute for Justice to sue the city and protect their RV homes. No one should be made homeless in the name of zoning. 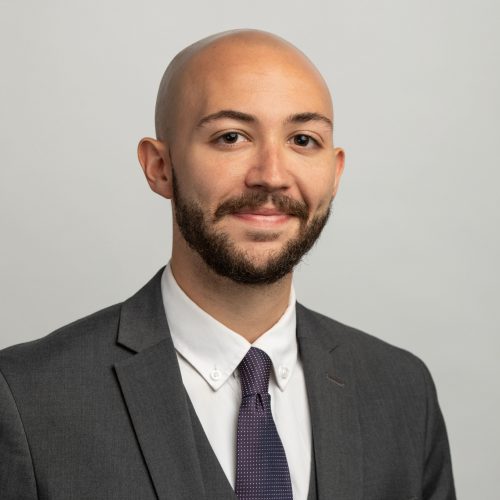 Amanda Root has never been well-off. She has lived most of her life on a fixed income as a result of an accident when she was younger. Twenty-six years ago she moved to Sierra Vista, Arizona. Nestled below snow-capped mountains in the southeast corner of the state, Sierra Vista is home to an army base and many retirees, who appreciate the area’s mild weather. And while Amanda may be disabled, she still contributes to her community. She is on the board of directors for the county’s Humane Society and volunteers to help control the city’s population of stray animals.

Twenty-one years ago, Amanda moved into Cloud 9. Her father owned a lot and trailer home there and months later, when he moved, Amanda acquired the property from him. However, being on a fixed income, she went without a lot of things, including homeowner’s insurance.

Unfortunately, this meant Amanda could not afford to replace her home when it burned down in 2016. But good friends donated a different trailer that she put on her property. And while the Cloud 9 neighborhood was deteriorating around her, Amanda put up a privacy fence and surrounded her home with a garden to serve as a refuge. Amanda’s home is one of the best kept in the entire development and was never cited as unsafe or a nuisance to her neighbors.

Grandy and Georgia Montgomery also live Cloud 9. Now in their 70s, Grandy and Georgia had traveled the country with their trailer home for a couple of years. But age and health concerns—Grandy depends on an oxygen machine—meant that they decided to stay in Sierra Vista permanently beginning in 2014. Their trailer home is small enough for them to maintain on their own. Their lot in Cloud 9, which they lease from Al Parrish and Robert Dreeszen, is well-maintained and affordable even on their fixed-income budget. It is close to shopping, just minutes to the doctor’s office and hospital, provides space for their privacy, and has a wonderful view. Grandy and Georgia thought they had found a home for the rest of their lives.

The peaceful life of Amanda and Georgia and Grandy was shattered when they and other neighbors living in RV homes received the city’s July 2020 notice that they were in violation of the code and would have only 30 days to remove their homes from their lots and find somewhere else to live.

Zoning Laws and a Century of Abuse

Beginning in the early 1900s, cities in the United States begin adopting zoning laws. The basic idea of these laws was to separate incompatible uses of adjoining land—separating residential areas from industrial areas for example—an idea founded in common law’s “nuisance” doctrines. In the 1926 case Village of Euclid v. Ambler Realty Co., the first zoning case the U.S. Supreme Court ever considered, the Court determined that a zoning code limiting the use of land only for residential purposes, and prohibited industrial uses, was a reasonable exercise of the “police power” to protect the public health, safety, and general welfare. But the Court warned that zoning regulations could be “arbitrary and unreasonable,” and therefore unconstitutional, depending on the facts and circumstances.

Although the next two zoning cases the Court heard did indeed strike down unreasonable applications of zoning codes,[1] local governments used the cover of the Euclid decision to enact ever-more invasive, tedious, and minutely detailed zoning codes. In the 1974 decision Village of Belle Terre v. Boraas, the Court upheld restrictions on nonfamily members living together based on little more than upper-middle-class smugness about the moral superiority of suburban living where “yards are wide [and] people few.” Belle Terre was such a step backward—for property rights and the numerous other rights that property rights protect—that just two years later the Court had to clarify that an Ohio zoning law could not prohibit a grandmother from living with her grandchild.[2]

Today, there is widespread recognition that invasive, tedious and minutely detailed zoning laws have greatly reduced property rights. These zoning laws have served as cover for outright racism. Zoning laws have made it impossible for people of modest means to hold onto their long-time family property. And zoning is recognized as one of the biggest obstacles to the creation of affordable housing.

Sierra Vista’s zoning regulations here are an example of invasive, tedious and minutely detailed zoning laws that not only have no grounding in public health safety and general welfare, but that are taking away the housing Amanda, Grandy, and Georgia can afford and already have.

Sierra Vista allows people to live in “RVs” in the “park” side of Cloud 9, but not the “subdivision” side. So it is perfectly legal for Amanda, Grandy and Georgia to live in their homes in Cloud 9, but just down the street. There is no difference between these two parts of Cloud 9 that can justify kicking Amanda, Grandy and Georgia out of their homes—and Amanda off her own land. Sierra Vista wants them to move for one reason: Because it says so.

Adding insult to injury, Amanda’s and Grandy and Georgia’s homes are some of the nicest in an area the city has let become an eyesore and public health and safety threat. On the whole, Cloud 9 is in a state of disrepair. While the individual owners within Cloud 9 maintain their properties, the properties owned by the company tend to be vacant and overgrown with tall grass and weeds. Numerous mobile homes sit abandoned with broken or boarded-up windows. But the city let those violations slide while trying to kick Amanda, Grandy and Georgia out.

Sierra Vista thinks it can wield its zoning power and force people from their homes without giving it a second thought. But the Arizona Constitution—which is even more protective of rights than the federal constitution—prohibits selective and abusive zoning laws that have nothing to do with public health, safety or the general welfare. Sierra Vista’s partial ban on “RVs” in Cloud 9 does not protect anyone—Amanda’s and Grandy and Georgia’s homes are not a danger to anyone, as demonstrated by the fact that they could live just down the street in the same neighborhood—and just treats them, and Grandy and Georgia’s landlord, who wants to keep renting to them, differently from their neighbors. These arbitrary and unreasonable restrictions on their property rights are unconstitutional.

Sierra Vista’s zoning laws also violate the separation of powers and due process rights that are meant to protect property and other rights. The city is telling people to leave their homes in the same way they would tell someone to paint a fence or fix a driveway. The city ordered Grandy and Georgia to relocate and remove their home—and ordered Amanda to relocate and remove her home from her own land—without a hearing, an appeal, or any court approval first—in just 30 days. Property owners are entitled to more under the Arizona Constitution.

Your property rights don’t depend on whether you live in a castle or an RV. That is why Amanda, Grandy and Georgia, and Al and Robert have teamed up with the Institute for Justice to protect their rights by suing Sierra Vista in Arizona state court.

The Institute for Justice is the nation’s premier defender of property rights. IJ defends the rights of homeowners against eminent domain abuse, as in Kelo v. City of New London and Bailey v. City of Mesa; abusive fines and fees against homeowners, as in the City of Dunedin; and against abusive zoning laws, as it is doing on behalf of the Catherine H. Barber Memorial Shelter in North Carolina.