Judges are not entitled to do whatever they want, and then demand special treatment just because they happen to wear a robe at work. But that’s exactly what happened in Raleigh County, West Virginia.

During divorce proceedings between Matthew Gibson and his ex-wife, Raleigh County family-court judge Louise Goldston personally forced her way into Matthew’s home to search for items that were in dispute. Goldston—accompanied by Matthew’s ex-wife and the ex-wife’s attorney, among others—walked barefoot through the house, ordering Matthew’s ex-wife to seize DVDs, yearbooks, and pictures off the wall. Some of the items didn’t even belong to Matthew’s ex-wife. And when Matthew tried to record the encounter, the judge threatened him with arrest. Goldston was ultimately censured and fined, and roundly condemned, by the West Virginia high court for violating the state’s code of judicial conduct.

When Matthew sued for these egregious violations of his privacy and free-speech rights, Goldston argued that she was not liable—even if she had violated the Constitution—by invoking a court-made doctrine called judicial immunity. Judicial immunity, as the name suggests, shields judges from liability only for things they do in their roles as judges. Goldston argued that she was entitled to judicial immunity’s special protections for leading a search party through Matthew’s home.

But judicial immunity is reserved for judicial actions, and searching someone’s home is not a judicial act. Just like police officers cannot act like judges, judges cannot act like police officers. The trial court correctly recognized this principle and denied Goldston judicial immunity for her actions. Nonetheless, Goldston is now appealing that decision to the 4th U.S. Circuit Court of Appeals. On appeal, Matthew is teaming up with the Institute for Justice to protect important constitutional guarantees by holding judges accountable. Matthew is a longtime federal law-enforcement officer. After twenty-five years of marriage, he and his ex-wife decided to divorce. A year after the divorce was finalized, his ex-wife filed a petition with the Raleigh County family court alleging that Matthew still had some of her personal property in his home.

In March 2020, the court held a hearing on Matthew’s ex-wife’s petition. Although Matthew’s ex-wife had counsel present, Matthew did not have an attorney and represented himself. In the middle of the hearing, Goldston—on her own initiative—abruptly halted the proceedings and demanded that Matthew provide his home address. Without explaining why, Goldston then ordered the parties to meet at Matthew’s home immediately.

Matthew is forced to allow a judge and his ex-wife to rifle through the most intimate parts of his home.

Minutes later, a large group of people—including Goldston, Matthew’s ex-wife, the ex-wife’s attorney, several law-enforcement officers, and members of the ex-wife’s family—descended on Matthew’s home. Matthew, realizing what was happening and, still representing himself, moved for Goldston to recuse herself on the ground that she had become a fact witness in the case. Although the judge’s all-important neutrality was in serious doubt—a judge cannot be both a judge and a witness in the same case—Goldston flippantly denied the motion as untimely. And when Matthew informed Goldston that she could not enter the home without a warrant, she replied: “Oh yeah, I will.” 1

Shortly after, Goldston realized that Matthew and his girlfriend were recording the encounter. Goldston ordered them to stop recording and ordered the court bailiff to seize Matthew’s phone. She also threatened Matthew with arrest. 2

The search party ultimately removed several items from the home without Matthew’s permission, including items that belonged to Matthew’s children and girlfriend. Some of the wrongfully seized items were never returned. Goldston later testified that she could have ordered law-enforcement officers to search for the disputed items, but she did not think they would do a good enough job. 6

Because of her actions, Goldston was charged with multiple ethics violations and was ultimately censured and fined. The West Virginia high court, in affirming her punishment, observed that Goldston had illegally taken up the powers of a police officer by personally searching Matthew’s home. And the court condemned her actions—and her attitude during the incident—as unbecoming of a judge. 7

Matthew later sued Goldston in federal court for violations of his constitutional rights. The judge, however, claimed that she was not liable to Matthew simply because she was a judge. She argued that, even if she did violate the Constitution, a court-made doctrine called judicial immunity barred Matthew’s claims. When the trial court rejected her argument, she appealed to the 4th U.S. Circuit Court of Appeals.

Judges aren’t entitled to judicial immunity when they don’t act as judges.

On appeal, Goldston continues to argue that judicial immunity protects her. Judicial immunity—which appears nowhere in the Constitution—is absolute, meaning that it does not matter whether the judge knew or should have known that her actions were unconstitutional. When it applies, it completely bars even meritorious legal claims.

But judges are not entitled to judicial immunity merely by virtue of their office. As the Supreme Court has explained, judicial immunity is reserved for judicial acts that occur within the bounds of a judge’s jurisdiction. 8 Put simply, judges do not get judicial immunity when they’re not acting as judges. The key question, then, is whether a judge’s conduct consists of “truly judicial acts” or whether it “simply happen[s] to have been done by [a] judge[].” 9

Under that standard, Goldston is not entitled to judicial immunity here. As both the federal trial court and the West Virginia high court concluded, Goldston searched Matthew’s home. But judges don’t have the power to search people’s homes. That power belongs to law-enforcement officers, who are part of the executive—not the judicial—branch. By definition, a judge cannot be performing a judicial act when she is exercising executive power.

This limitation on judicial immunity is crucial to maintaining a bedrock principle of American government: the separation of powers. Even before the Constitution was adopted, the Founding Fathers recognized that too much power in the hands of one individual would lead to tyranny and oppression. 10 As Matthew’s case illustrates, the separation of powers between the judicial and executive branches is a particularly important check on government power. The judicial branch has the power to give orders, but only the executive branch has the power to enforce those orders. Judges cannot ignore their own constitutional limitations and take matters into their own hands because they believe they will do a better job than the people to whom the enforcement power is legally entrusted. Judges certainly cannot cease to act like judges and then claim special protection from liability reserved for judicial functions.

The Institute for Justice is a public-interest law firm that litigates nationwide to vindicate individual liberties. IJ’s Project on Immunity and Accountability is dedicated to fighting judge-made rules that make it difficult, if not impossible, to hold government officials accountable for violating the Constitution. IJ is currently challenging a broad swath of immunity doctrines that protect bad government actors—for instance, a Midland County, Texas, prosecutor who also effectively moonlighted as a judge in his own cases. IJ is fighting these doctrines in numerous cases across the country—from Parma, Ohio, to Roswell, New Mexico—as well as through grassroots initiatives such as Americans Against Qualified Immunity. IJ’s commitment to these issues rests on a simple idea: If we the people must follow the law, our government must follow the Constitution. 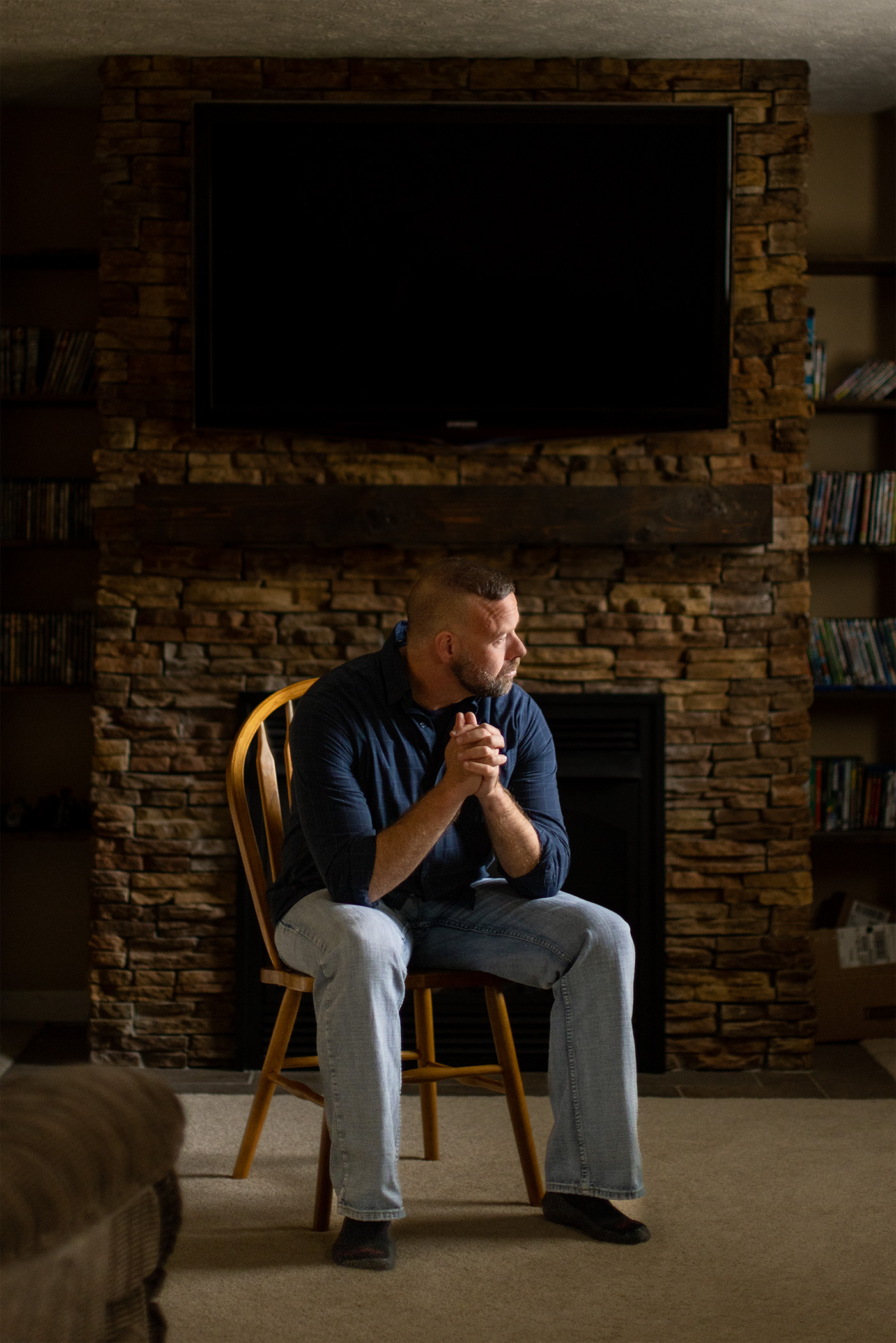