Selling homemade foods is a great way to support your family—unless you’re in Wisconsin. Wisconsin bans the sale of many homemade foods, including common and shelf-stable foods like candies, chocolates, granola and roasted coffee beans. For those who would dare sell, say, a piece of fudge made in their home kitchen, the punishment includes up to $1,000 in fines or six months in jail.

Wisconsin’s ban has nothing to do with safety. The banned foods are allowed in many other states and are shelf-stable and perfectly safe, and the allowed foods are completely arbitrary. Chocolate chip cookies are allowed but not a piece of chocolate; popcorn is allowed but not roasted coffee beans. In addition, the state allows nonprofit organizations to sell any type of homemade food, even perishable foods and meals. But if you are selling food to support your family, it is a different story.

Before 2017, Wisconsin even banned the sale of home-baked goods. But that changed after three Wisconsin bakers joined forces with the Institute for Justice to successfully challenge the state’s ban on the sale of home-baked goods. A Wisconsin court ordered the state to allow the sale of these goods because they are perfectly safe. But Wisconsin’s Department of Agriculture, Trade and Consumer Protection (DATCP) remains stubbornly aggressive even in the face of that court order. DATCP has interpreted “baked good” to mean foods made with flour, and continues to ban baked goods made without flour, like granola and macarons. Instead of helping people earn an honest living from home—more important than ever during a pandemic—Wisconsin is more interested in shutting people down.

That’s why on February 10, 2021, seven Wisconsinites and the Wisconsin Cottage Foods Association joined with the Institute for Justice to fight back in two ways. First, they have filed a motion to enforce a Wisconsin trial court’s order allowing the sale of any “baked good,” regardless of whether it has flour. Second, they have filed a second lawsuit against DATCP. The lawsuit asks the court to strike down the state’s arbitrary ban on other shelf-stable homemade foods and allow people to sell these foods to their neighbors and other consumers. Motion for Court to Enforce 2017 Order Wisconsin’s Ban on Homemade Foods
To sell most foods in Wisconsin—even to friends and neighbors—one needs to be licensed as a “retail food establishment.” That requires, among other things, using a commercial-grade kitchen that is separate from any personal home kitchen, undergoing routine inspections, and abiding by hundreds of regulations.

The commercial-kitchen requirement is enough to shut the door in the face of many would-be entrepreneurs. Outfitting a commercial kitchen can cost approximately $40,000 to $80,000. Alternatively, renting an existing commercial-kitchen space often costs over $1,000 each month. Those costs are not realistic for most people seeking to sell their own homemade treats. Making matters worse, many rural Wisconsinites do not live near any rentable commercial kitchens.

The commercial license and kitchen requirements do not make sense. They apply even to those wishing to sell goods that the state deems “not potentially hazardous”—that is, foods that are shelf-stable, do not require refrigeration and are very safe to eat. And they apply even when the food would not be prepared using the commercial kitchen’s features.

Wisconsin Allows the Sale of Other Homemade Goods
Wisconsin exempts a select few foods from its ban. Yet, banned shelf-stable foods are just as safe as—or safer than—the exempted foods.

Wisconsin also provides an additional license exemption for churches, charities, and other nonprofits. These groups can serve virtually any type of good, including perishable foods and meals. Yet the law prohibits home chefs that are not associated with a nonprofit organization from selling even one donut.

Politics As Usual
Wisconsin’s ban on the sale of homemade foods has nothing to do with safety—and everything to do with politics. Retail food associations have successfully lobbied against meaningful reform.i And when bipartisan reform might nevertheless be achieved, Assembly Speaker Robin Vos—who owns his own popcorn business—has refused to allow bills to reach a floor vote in the Assembly.ii In 2017, CBS News report linked Speaker Vos’ opposition to homemade foods to his connections with the state grocers association and quoted the speaker as publicly admitting that he wants to protect existing commercial food sellers from competition.iii

A Stubborn Agency
This is not the first time that the Institute for Justice had to sue Wisconsin over its food restrictions. In 2017, IJ persuaded a state circuit court to invalidate Wisconsin’s onerous regulations as applied to homemade, shelf-stable baked goods.iv That order notwithstanding, DATCP is still preventing the sale of flourless baked foods like granola, and it has otherwise refused to ease its other, equally unconstitutional prohibitions on safe homemade foods.

The Plaintiffs
Wisconsin’s ban is bad for consumers and for communities generally, but it particularly hurts “the little guys”—those who would rely on selling their homemade goods to make ends meet. That is the case with this lawsuit’s plaintiffs, ordinary Wisconsinites who would like to support themselves and their families by selling their shelf-stable, homemade foods to their neighbors, friends and community.

Mark & Paula Radl
Mark and his wife Paula are longtime residents of Manitowoc, where Mark works for a nursing home equipment supplier and Paula is an art teacher. The Radls love coffee; when their friend—who sells honey—suggested they sell their home-roasted coffee beans to friends and neighbors, the Radls decided to make it happen.

Wisconsin, however, stepped in the way. Unlike honey, which is one of Wisconsin’s few exempted homemade foods, roasted coffee beans cannot be sold in the state unless prepared under license and within a commercial kitchen. The Radls cannot afford that, so their coffee business is at a standstill.

Stacy Beduhn
Stacy lives in Outagamie County with her son. Stacy used to run a small daycare, but she had to close it because of the pandemic. Stacy started her own home bakery, “Sweet Creations by Stacy,” soon after the first lawsuit’s victory in 2017. Since the start of the pandemic, she has started focusing on it full-time, with customers picking up their cake orders from Stacy’s porch.

Steph Zink
Steph lives in Milwaukee County with her husband and two small children. Steph thought she could help support her family by selling her homemade, oven-baked, shelf-stable granola. Notwithstanding the 2017 judicial exemption for shelf-stable baked goods, Wisconsin required Steph to obtain a license and use a commercial kitchen. Steph did just that, but the costs of the license and commercial kitchen became too much to bear.

Steph would like to sell the granola that she makes in her own home kitchen, which is not only free to use but also allows her better flexibility in caring for her children.

Dela Ends, Lisa Kivirist and Kriss Marion
Dela, Lisa and Kriss are farmers and mothers who, with the Institute for Justice’s representation, successfully obtained a state judicial exemption for the sale of homemade baked goods. They are still fighting to expand the law to other safe, homemade foods, and they have formed the Wisconsin Cottage Foods Association to help organize and inspire home-based food businesses throughout the state.

The Defendants
The Defendants are the Wisconsin Department of Agriculture, Trade and Consumer Protection, which is in charge of enforcing the ban, and its secretary-designee, Randy Romanski.

Second, the plaintiffs are bringing a whole new lawsuit challenging DATCP’s ban on the sale of other shelf-stable foods, like chocolate, candy, fudge, donuts, dried goods and roasted coffee beans. They challenge the ban as a violation of their due-process and equal-protection rights under article I, section 1 of the Wisconsin Constitution. All they ask is that people in Wisconsin be able to sell their safe, shelf-stable homemade foods directly to consumers.

Article 1, section 1 of the Wisconsin State Constitution states that “[a]ll people are born equally free and independent, and have certain inherent rights; among these are life, liberty and the pursuit of happiness.” That protects Wisconsinites’ due-process rights, which include the right to pursue a chosen livelihood without arbitrary, unreasonable or oppressive governmental interference. The homemade foods ban violates that right because there is no genuine safety reason to impose an onerous licensing scheme and require ordinary people to spend tens of thousands of dollars to access a commercial kitchen before selling, say, a rice crispy treat. Shelf-stable foods, by definition, are perfectly safe, and Wisconsin’s burdensome regulations banning their sale bear no rational connection to safety.

Article 1, section 1 also protects Wisconsinites’ equal-protection rights, which include the right of similarly situated individuals to be treated similarly. Those who wish to sell safe, shelf-stable foods are similarly situated to those who are already selling homemade popcorn, honey, maple syrup, sorghum syrup, cider, canned goods, eggs or home-baked goods. In fact, banned shelf-stable goods are just as safe—or even safer—than the exempted foods. If a commercial license and commercial-grade kitchen are not required to sell those goods, then they should not be required to sell safe any shelf-stable foods.

The ban on homemade, shelf-stable foods does not exist for genuine safety reasons, but instead protects entrenched special-interest groups from competition. Courts have held that economic protectionism is not a legitimate government interest.

The ban is thus unconstitutional.

Requested Relief
Mark, Paula, Stacy, Steph, Dela, Lisa, and Kriss ask the court to declare two things. First, that “baked goods” means “baked goods,” not just baked goods made with flour. And second, that Wisconsinites have a constitutional right to sell any self-stable homemade food directly to consumers. That would allow ordinary Wisconsinites to support their families using their own kitchen, selling goods directly to consumers—whether out of their home, at farmers’ markets, at community events or online—without securing either a burdensome commercial license or the use of a commercial kitchen.

The Plaintiffs are also represented by Isaiah M. Richie in West Bend, Wisconsin, who is serving as local counsel.

IJ’s National Food Freedom Initiative
This case is part of IJ’s National Food Freedom Initiative, which IJ launched in November 2013. The initiative is a nationwide campaign to bring property-rights, economic-liberty and free-speech challenges to laws that interfere with the ability of Americans to produce, market, procure and consume the foods of their choice. IJ has already won a victory in Wisconsin for home bakers; similar cases include successful challenges to unlawful food restrictions in Minnesota and North Dakota, with cases in New Jersey, Nebraska, and Washington in active litigation. Other IJ cases across the country include free-speech challenges to food advertising restrictions, and IJ has otherwise helped pass laws expanding the sale of homemade foods in several states across the country. Learn more at https://ij.org/initiatives/food-freedom/. 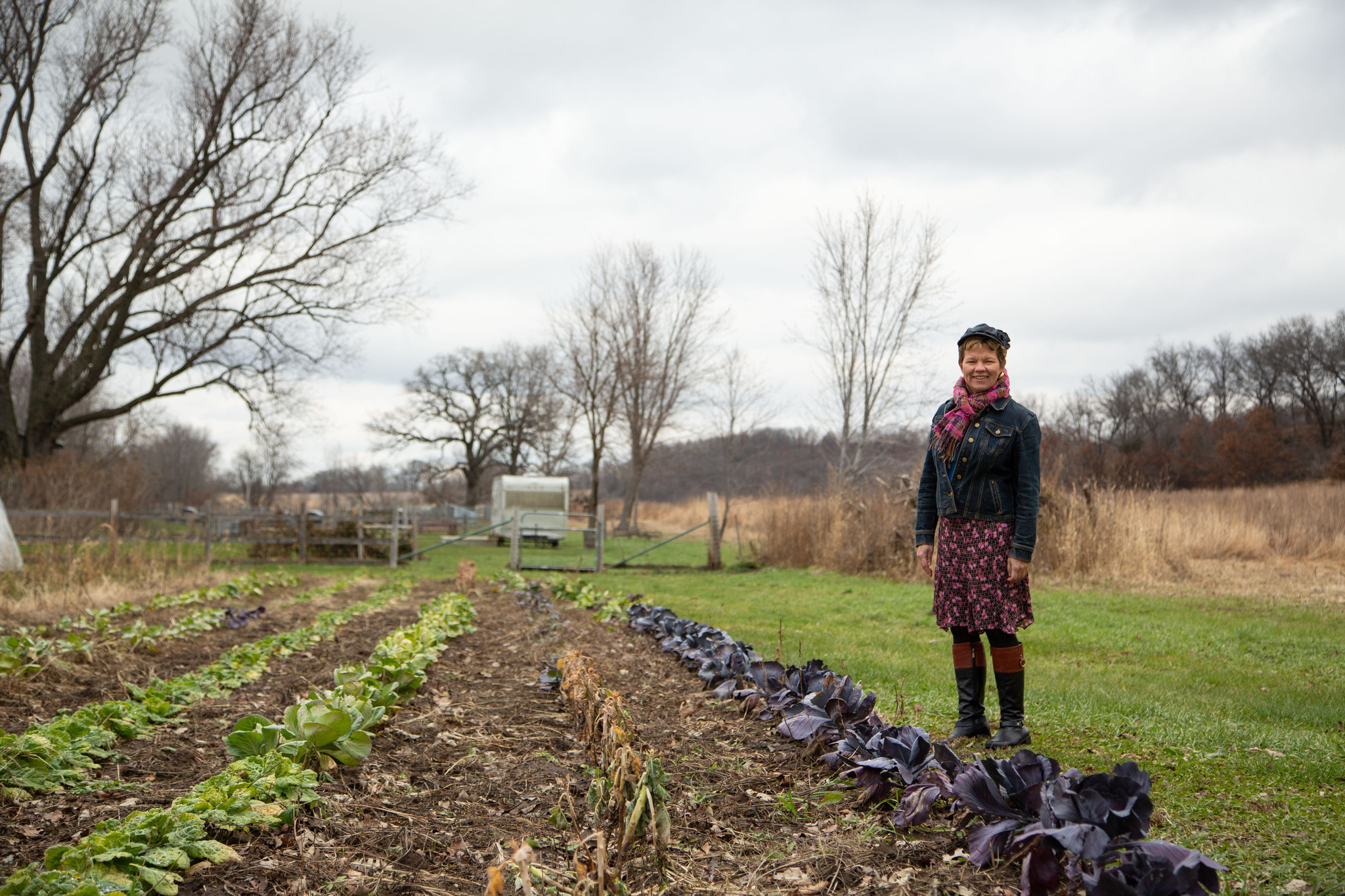