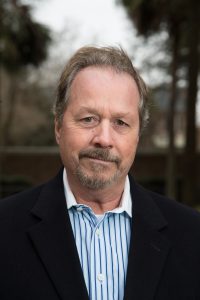 Mike spends many hours working as an unpaid volunteer at a local museum in Charleston’s historic district. Mike’s gregariousness and love of Charleston paid off when he was offered a job by a local tour company leading ghost and pub tours in the evenings. The only obstacle? Charleston’s tour-guide exam. Mike, an insurance broker by trade who passed his Series 7 certification examination[i] on his first try, is no slouch as a test-taker. He took the test extremely seriously, reviewing the city’s manual in-depth and writing out historical facts and figures on a big board in his office. Mike took the exam in August 15, and despite all this effort, he scored a 73 percent and was forced to turn down his job offer. He redoubled his efforts and took the exam again in November 2015—this time scoring a 67 percent Fed up with the city’s endless series of trivial questions that had nothing to do with the ghost and pub tours he wants to lead, Mike is standing up for his First Amendment right to talk to paying customers without first getting the government’s permission.