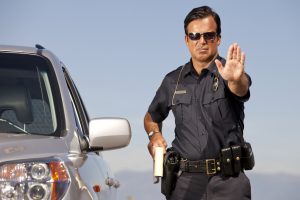 Forcing a property owner to post a bond before she could challenge a civil forfeiture proceeding in court violated her constitutional right to due process, the Michigan Court of Appeals ruled on Tuesday.

Under Michigan’s civil forfeiture law, once a property has been seized, claimants must post a bond worth 10 percent of the property’s value. The bond must be at least $250 and no greater than $5,000. If claimants fail to post bond within 20 days of receiving notice, the property is automatically forfeited. Only four other states have similar bond requirements in their civil forfeiture laws.

When Shantrese Kinnon was arrested on drug charges, police in Grand Rapids seized a 2000 GMC Denali, a 1986 Chevrolet El Camino, a 2002 YZFR motorcycle, a Nexus tablet, a Compaq laptop from her home and $398 from her purse. Police had also seized and impounded a 2006 Cadillac from her husband.

For Kinnon, challenging the forfeitures for all of the seized property required posting a $2,005 bond. But as the appellate court recounted, “she could only afford to post a bond of approximately $1,100, as a result of her indigency,” and so Kinnon “did not post a bond for the Cadillac.”

A trial court initially ruled that the bond requirement as applied to Kinnon was constitutional. But on appeal, that ruling was overturned. Noting that “due process concerns arise when state legislatures condition access to the courts on posting a bond or paying a filing fee,” the appellate court ruled that because Kinnon could not afford the bond, applying that requirement to her was unconstitutional.

“Michigan’s civil asset forfeiture scheme operated to deprive this claimant of a significant property interest without according her the opportunity for a hearing, contrary to the requirements of the Due Process Clause,” Judge Christopher Murray wrote for a unanimous court.

However, the court did uphold the forfeiture of the Cadillac and denied her claim as an innocent owner. Under state law, “the burden was on claimant to prove that she neither had knowledge nor consented to the illegal activity,” which she failed to do. (Kinnon was not represented by the Institute for Justice.)

Recently, State Rep. Peter Lucido introduced a bill that would repeal Michigan’s bond requirement for all forfeiture cases related to drug offenses. In March, the Michigan House of Representatives overwhelmingly approved his bill, by a vote of 100-7.

“There’s an incentive in my eyes to go ahead and grab property,” Rep. Lucido told WWMT. “Because the more they grab the more that comes into the police coffers and as a result they can go ahead and pay the departments and or use it for resources for criminal activity. The unfortunate part is they are lumping innocent along with possibly guilty.”

Michigan law enforcement agencies collected over $244 million in forfeiture proceeds under state law, according to a report by the Institute for Justice.