Across the country, governments at every level are chipping away at the rights of food entrepreneurs through irrational and overly burdensome regulations. Since 2013, the Institute for Justice has been at the forefront at the fight for the rights of food entrepreneurs and consumers against these needless restrictions. IJ’s National Food Freedom Initiative has a particular focus on eliminating restrictions that prevent people from making food for sale in their home kitchens.

Until recently, most reform efforts targeted “cottage food” laws, which tend to be limited to shelf-stable foods that don’t require refrigeration. But starting in 2015 with Wyoming’s Food Freedom Act, more states are allowing an increasing variety of homemade foods to be sold:

Every state allows homemade food to be sold directly to consumers at farmers’ markets. But there the similarities end, as sales and venue restrictions can vary dramatically from state to state:

The ease of opening a home-based food business can fluctuate wildly, not just from state to state, but within states as well:

IJ’s National Food Freedom Initiative is a nationwide campaign that brings a variety of legal challenges and legislative efforts to laws that interfere with the ability of people to buy, sell, grow or advertise different foods. As the nation’s leading experts on home kitchen laws, IJ has helped change the law in more than 20 states.

Jacksonville, North Carolina effectively bans food trucks from operating in 96 percent of the city. That’s why a group of small business owners has teamed up with the Institute for Justice to file a lawsuit…

Is the government trying to crack down on your food business?

Do you own a food or drink-related business that is facing problems or is even under threat of shutdown because of burdensome laws and regulations?

Do you face excessive fines from the government if you don’t shut down your business, limit what you sell, or dig up your garden?

If you want IJ to review your case, please share your situation through the following form.

The Institute for Justice is a nonprofit, public-interest law firm dedicated to the protection of constitutional rights, including the right of individuals to produce, procure, and consume homemade foods free from unnecessary and anti-competitive regulations. 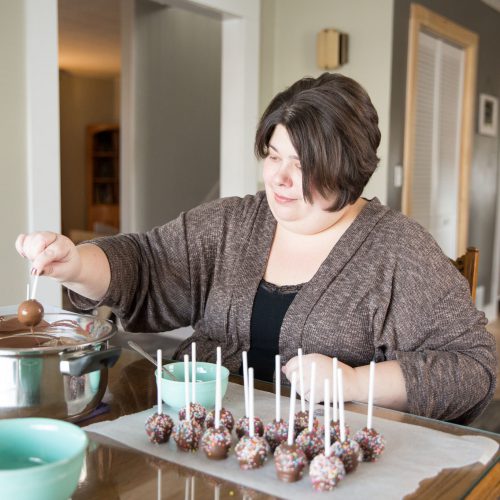 This nationwide survey provides the most up-to-date account of state laws that allow the sale of homemade food and will be regularly updated whenever a state changes its laws.

The relationship between cottage food laws and business outcomes

The increasing popularity of cottage foods in the United States requires that state laws regulating the industry be given careful consideration. However, little is known about cottage food producers or their businesses. This article discusses…

Most states have “cottage food laws,” which regulate the sale of homemade foods. The specifics vary from state to state, but most such laws restrict the types of homemade foods that may be sold. Research…

All across the country, thousands of Americans are making food at home to sell in their communities. Together, they form the small but growing “cottage food” industry. With renewed interest in this age-old industry, laws…

Today’s bans and strict regulations ultimately limit the choices available to eaters—which include quite literally everyone—and, in the process, prevent food entrepreneurs from earning an honest living.