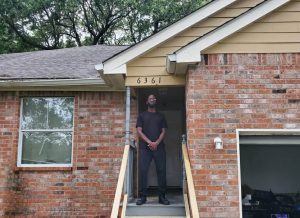 In America, you may be presumed innocent until proven guilty, but that doesn’t stop the government from severely restricting your freedom while you’re being prosecuted for a crime. These restrictions, however, are supposed to be based only on individual circumstances and public safety. But in New Orleans, it appears that one judge used his power to give business to a company he has close ties to—and without disclosing this information to defendants. Now, that judge and the private company he steered business to are facing a federal class action lawsuit.

In 2008, Paul Bonin won election to the Louisiana Fourth Circuit Court of Appeal. He was reelected in 2012. But in 2016 he ran for and was elected to the Orleans Parish Criminal District Court. Over the course of those three elections, he received more than $9,000 in campaign contributions and loans from the two managers of ETOH Monitoring, LLC, a private company that charges defendants for judge-ordered ankle monitoring. One of ETOH’s managers is also Judge Bonin’s former law partner.

Ankle monitoring is a form of government custody. Devices attached to a person’s ankle send alerts to the monitoring provider if the wearer takes it off or leaves a set area around their home or community. Use of ankle monitors has increased greatly in recent years. According to Pew, the number of Americans supervised with ankle monitors increased 140% between 2005 and 2015, rising above 125,000. These numbers are expected to continue rising after 2018’s First Step Act, which includes provisions for increased electronic monitoring of released individuals. The risks of incarceration posed by COVID-19 also are likely to expand the use of ankle monitoring. So constitutional scrutiny and accountability in this space are more important than ever, as people like Hakeem Meade can attest.

Hakeem first came before Judge Bonin in February 2017. His story is tragic. A 2016 argument with a local auto shop owner resulted in Hakeem being shot six times. His girlfriend, pregnant with twins, was also shot. She survived, but the twins did not. Hakeem was brought up on charges stemming from the altercation. He appeared before multiple judges without ankle monitoring before landing in Judge Bonin’s courtroom.

Hakeem made several appearances before Judge Bonin, without missing any dates or failing any court-ordered drug tests. Then, without explanation, Judge Bonin ordered Hakeem to wear an ankle monitor in August 2017. And while several ankle monitoring providers were available, Hakeem was told “exactly where to go”: ETOH Monitoring. The cost for the monitor was $100 for installation and $10 per day.

At the time, Hakeem didn’t know that there was a close relationship between the judge and ETOH. While he was able to pay some of ETOH’s fees, they were a significant financial burden. And when he realized that he was likely to be sentenced to time in prison, Hakeem stopped making the payments in favor of setting aside money for his family. He eventually agreed to a plea deal and spent over eleven months incarcerated. Today, Hakeem is out of prison and trying to rebuild his life, but ETOH is still seeking to collect hundreds of dollars from him.

Most people involved with the criminal justice system have extremely limited resources. Hakeem had to miss work for monitoring check-ins with ETOH. It created such a problem that he had to change jobs.  Now, as he rebuilds his life, the old ankle monitoring debt is still hanging over his head.

The 14th Amendment guarantees that no person can be deprived of “life, liberty, or property, without due process of law.” This means that judges have a duty to be objective—and to appear objective—in their administration of justice. A judge is prohibited from making decisions that benefit themselves or their office. The same is true regarding decisions that benefit a private company with which the judge has personal, professional, or political ties.

Represented by the Institute for Justice and the law office of William Most, Hakeem recently filed a class action lawsuit against Judge Bonin and ETOH. This case expands on Institute for Justice cases against municipal courts in Pagedale, Missouri and Doraville, Georgia, where judges’ salaries are dependent on the fines and fees that they issue.

Neutral adjudication is a cornerstone of our Constitution. Judges should not create even the appearance that a personal or financial interest is motivating their decisions. If justice is not blind, then there can be no confidence that sentences and sanctions are justly dispensed.