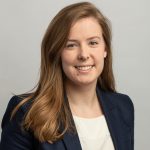 The story starts with a list of people generated by a computer algorithm, which scores county residents based on mentions in police reports, personal history, and relationships. This list is then curated by police analysts and given to deputies with instructions to monitor these people, now officially deemed “prolific offenders” likely to commit crimes in the future.

List in hand, deputies begin to regularly show up unannounced at targets’ homes. They ask for—then demand—entry. They interrogate people about their friends, their families, and their comings and goings. If they deem someone uncooperative, they threaten tickets and citations for code violations until the person complies. Then they come back a few days later to do it all again. For the unfortunate residents targeted, the result is near-constant police surveillance and harassment. And for people like IJ client Robert Jones, the consequences are life-altering.

Listen more about the case on Deep Dive, the podcast.

Robert is a father of four who relocated to Pasco County in 2015. One day he was visited by sheriff’s deputies wanting to check in on his son. Initially grateful for the offer of help to keep his son on the straight and narrow, Robert invited them in.

The dynamic between the family and the deputies quickly soured. It turned out that Robert’s son was on Pasco County’s list, and the deputies were there to monitor him. Robert’s family became the subject of regular unwanted visits, which occured multiple times a week. Encounters became frightening, with police banging on windows while Robert’s daughters hid under the bed. Realizing they could not get at his son, deputies turned their focus to Robert—and escalated their tactics. They wrote Robert multiple citations for trivial property code violations like tall grass and not having numbers on his mailbox. They held hearings on the citations without informing him and then arrested him for missing the hearings. After being arrested five times on bogus charges like these in the span of six months, Robert could no longer tolerate the abuse and left the county.

Robert isn’t alone, and what happened to him means that the program is working as intended. The sheriff’s office is upfront about its goals: It wants the “problem people” on its list out of Pasco County. In the words of a former deputy, officers were under orders to “make [targets’] lives miserable until they move or sue.”

Thanks to IJ, the sheriff’s office is getting its wish. We’re suing. Robert and other Pasco County residents have joined with IJ to file a federal lawsuit challenging the sheriff’s unconstitutional predictive policing program.

The Fourth Amendment expressly guarantees the right to be secure in one’s own property. That includes the right to be free from warrantless harassing visits to the home by law enforcement officers pursuing hypothetical future crimes. Our case is designed to vindicate that right in the context of this so-called intelligence-led policing program, just as we have in the context of eminent domain, rental inspections, civil forfeiture, and taxation by citation. We will remind Pasco County that in America there is no such thing as innocent until predicted guilty and that the dystopian plotlines need to stay in works of fiction—not policy manuals.