In February, IJ scored a major win for free speech when a federal appeals court ruled that occupational licensing is not a First Amendment-free zone. The 5th U.S. Circuit Court of Appeals ruled that IJ and our client Vizaline LLC, a technology company, can go forward with a free speech challenge to a licensing law that a state regulatory board is trying to use to put Vizaline out of business.

IJ stepped in to fight for Vizaline in 2018, when the Mississippi Board of Licensure for Professional Engineers and Surveyors sued the company for the unlicensed practice of surveying. The problem with the Board’s attack on Vizaline? Vizaline has never done any surveying. Rather, the company combines publicly available legal descriptions of property with satellite photos to create images that help small community banks better understand their property portfolios. In simpler terms: Vizaline makes maps.

Under the Board’s expansive interpretation of “surveying,” however, anyone who uses data to superimpose points and lines on satellite images would be in violation of Mississippi’s licensing laws—including companies like Google, Uber, and Zillow. The Board’s lawsuit against Vizaline, if successful, would force the tech startup out of the state, likely bankrupt the company, and set a dangerous precedent for agency overreach.

Unwilling to let that happen, Vizaline’s founders teamed up with IJ to challenge the Board’s unjust enforcement action as a violation of their First Amendment rights. We hit a setback in December 2018, when a lower court rejected Vizaline’s challenge on the ground that the licensing regulations—which prohibited Vizaline from using publicly available information to draw its maps—did not “trigger First Amendment scrutiny.”

IJ appealed that decision to the 5th Circuit, and we won. The 5th Circuit’s opinion unanimously rejected the lower court’s conclusion, stating that “Mississippi’s surveyor requirements are not wholly exempt from First Amendment scrutiny simply because they are part of an occupational-licensing regime.”

The decision hinges on a landmark 2018 ruling by the U.S. Supreme Court in NIFLA v. Becerra, which adopted a position IJ has long advocated: “Professional speech”—that is, speech subject to licensing requirements—is not exempt from First Amendment protection. In Vizaline’s case, the 5th Circuit confirmed that NIFLA overruled prior decisions in which the court had erroneously designated “professional speech” a realm of speech removed from full First Amendment scrutiny.

This is an important milestone for all lovers of free speech, but IJ is particularly eager to see its impact on another IJ case pending in the 5th Circuit—Hines v. Quillivan. Familiar to longtime Liberty & Law readers, Dr. Ron Hines is a retired veterinarian who was looking to give advice to pet owners online when he was targeted by the Texas Board of Veterinary Medical Examiners. The Vizaline opinion expressly mentions Dr. Hines’ unsuccessful first legal challenge and notes that the 5th Circuit’s decision at that time was based on a now-defunct special category for “professional speech”—just as IJ is arguing in this renewed challenge. 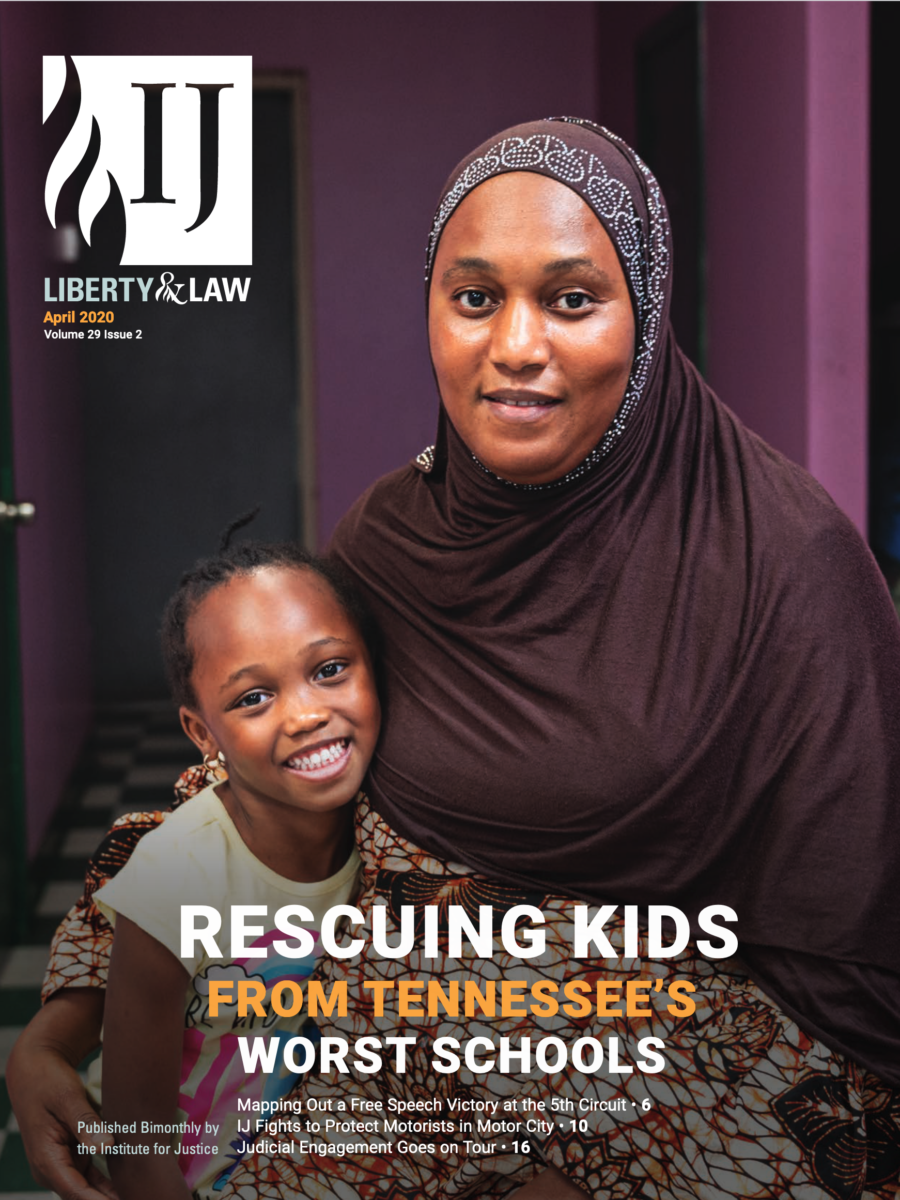