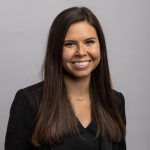 America is the land of opportunity. But Pasadena, Texas, is blocking opportunities for hardworking entrepreneurs like Azael Sepulveda by piling on arbitrary, unnecessary, and expensive requirements to open. In Azael’s case? The city is demanding he build a parking lot with 23 spaces more than he needs.

Azael is the picture of the American Dream. Born in Mexico, he moved to Pasadena as a child and is now an American citizen. He loves everything about cars and opened his own auto repair shop in 2013.

Now that he and his wife are expecting their first child and expanding their family, Azael wants to expand his business, too. His shop has been in a rented space for years, but he recently bought his own storefront in Pasadena. He used all his personal savings and put his home up for collateral to make the purchase.

But when Azael asked the city for permission to open his new storefront, Pasadena said no. Instead, it demanded that he provide a total of 28 outdoor parking spaces at his new location. A city ordinance sets the minimum number of parking spaces most property owners are required to provide, yet the city has much less stringent requirements for other businesses that need parking for customers, including auto dealers, banks, and gyms.

Adding the spaces is a non-starter for Azael for two reasons. First, he doesn’t need 28 spaces. He is the only employee at his shop and takes cars by appointment only, averaging about two customer cars at his shop at any given time. The five existing outdoor spaces at the new shop are more than enough for his needs. Second, adding more spaces is prohibitively expensive for Azael’s small business. It would cost him at least $40,000 to comply—nearly half of what he paid for the storefront. That’s money he doesn’t have, particularly for something he doesn’t need.

Because of the city’s demands, Azael is paying the mortgage at his still-empty storefront while continuing to pay rent at his shop’s current location so he can keep his business open. And although he tried to follow Pasadena’s procedures for requesting an exception from the parking ordinance, the city refused to even consider his request.

The good news is that the Texas Constitution protects small-business and property owners, like Azael, from being crushed by unreasonable government demands. In IJ’s landmark 2015 economic liberty victory, Patel v. Texas Department of Licensing and Regulation, the Texas Supreme Court held that the state constitution demands that courts weigh both the government’s justification for a law and the burden the law imposes upon those individuals who are being regulated. Pasadena’s ordinance clearly fails this test.

Armed with the Patel precedent, IJ filed a lawsuit on Azael’s behalf to vindicate in court what common sense already tells us: It should be up to business owners to decide how best to serve their customers, not the government.