Fort Pierce’s business owners kept inviting food truck owners Benny Diaz and Brian Peffer to set up on their properties. But Benny and Brian couldn’t accept the invitations because Fort Pierce’s city commission made operating a food truck within 500 feet of any restaurant or any business that sells food a crime.

Of course, in Fort Pierce, an unlimited number of restaurants could open up next to each other, and food trucks could open up next to as many brick-and-mortar stores as they like, provided that the stores did not sell food. The restriction was enacted at the request of restaurant owners to limit competition, and it made it almost impossible for food trucks to do business in downtown Fort Pierce.

Fort Pierce’s proximity ban was not just wrong but unconstitutional. In December 2018, Benny and Brian, represented by the Institute for Justice, sued Fort Pierce for violating the Florida Constitution. The Florida Constitution prohibits the government from picking winners and losers in the marketplace, which is exactly what the protectionist law did.

In February 2019, a Florida circuit court ruled that Fort Pierce could not enforce its unconstitutional proximity ban and entered a preliminary injunction against the city. That meant Benny and Brian, and any other food truck entrepreneur, could start serving hungry Fort Pierce customers while the lawsuit continued. After zealously opposing the injunction, the city responded to its loss in court by repealing the ban. In August 2021, that victory became final as Fort Pierce agreed to a consent judgment that declared the food truck ban had violated the Florida Constitution. This ensures that Fort Pierce cannot bring back its unconstitutional ordinance. 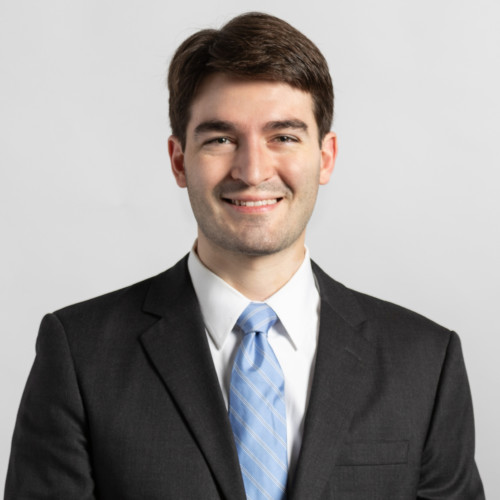 Food Truck Owners Fight For Right To Do Business In Fort Pierce, Fla.

Operating a food truck is hard but rewarding work. For many, it is an opportunity to earn an honest living and become self-sufficient. For others, it is a stepping stone to one day opening a restaurant. And for others still, it is a chance to do something they love.

The ban on food trucks hurts real people like Benny and Brian. For them, like countless other Americans, opening a food truck has been an entry point for entrepreneurship.[i] Their food truck businesses have allowed them to serve delicious food to hungry consumers without needing a ton of money to get started. And in cities across the country, these hardworking entrepreneurs are welcomed with open arms.[ii]

Take, for example, Benny Diaz. When Benny started using his grandmother’s recipes to make unique taco creations at a local restaurant, patrons encouraged him to start his own business. After saving up some money and a lot of preparation, Benny opened his food truck, and his fans were thrilled.

Benny’s success is a testament to the entrepreneurial spirit, but no matter how badly Fort Pierce property owners and the general public want him there, the city’s 500-foot ban shuts him out. The ban is one of the widest and most draconian in the country, and it exists solely to protect brick-and-mortar restaurants from competition.

Unfortunately, Benny and Brian’s woes are all too common. While the national trend is in favor of allowing food trucks to give the public what they want,[iii] where they want it, some politicians choose to do the bidding of restaurant owners instead. These outliers, like Fort Pierce’s city commission, would rather provide a private benefit to restaurant owners than allow the public to benefit from food trucks.[iv] That’s not just wrong, it is unconstitutional. That is why the Institute for Justice (IJ) is teaming up with Benny and Brian to assert a constitutional challenge to Fort Pierce’s 500-foot ban.

Fort Pierce’s government is openly hostile to food truck entrepreneurs. The Fort Pierce City Code provides that: “Mobile vending units must comply with the following minimum distance requirements, which shall be measured from the approved vending location to the nearest point of an established property line . . . Five hundred (500) feet from a similar type business.”[v] Even among the vanishing number of cities that are openly hostile to food trucks, this is one of the largest bans in the nation.

In Fort Pierce, a food truck’s ability to operate, even on private property at the invitation of the property owner, turns on whether a nearby brick-and-mortar business sells food. Before the city will issue a permit, the code enforcement department sends an officer to the proposed site and personally measures to make sure it is at least 500 feet away from any restaurants. Food trucks that violate the 500-foot ban face $200 fines per violation[vi] and the revocation of their vending permit.[vii]

The 500-foot ban does nothing to protect the public or help consumers. All it does is protect brick-and-mortar restaurants from competition, which is exactly what city commissioners admitted when they passed the law in September 2014. In the words of then-Commissioner Edward Becht, the 500-foot ban exists because allowing food trucks to compete, and consumers to choose for themselves, would “hurt the brick-and-mortar businesses.”[viii]

Economic Protectionism Is Not a Legitimate Use of Government Power

Fort Pierce’s 500-foot rule is unconstitutional. The Florida Constitution does not allow government officials to use their power in order to pick winners and losers in the marketplace. In the words of the Florida Supreme Court, “one economic group may not have the sovereign power of the state extended to it to the detriment of other citizens.”[ix] By enforcing its 500-foot ban against food trucks, the city is depriving food truck entrepreneurs of their constitutional right to pursue an honest living of their choosing.

The Florida Constitution protects the right of individuals to earn an honest living free from unreasonable government interference. There is no legitimate justification for prohibiting a food truck from operating on a certain block because a brick-and-mortar business located almost two football fields away also sells food. The 500-foot ban unfairly protects restaurants and other brick-and-mortar eating establishments from healthy competition, all while hamstringing job creation, depriving consumers of choice, and preventing property owners from deciding how best to use their property.

Benny Diaz owns and operates the “Taco Trap” food truck. He started out making his unique tacos from his grandmother’s recipes at a local restaurant, where the patrons encouraged him to start his own business. With a little start-up capital, a lot of passion, and a great-tasting product, he started his food truck to meet the demand of local consumers. Benny and his fans would like nothing more than for him to offer his tacos inside Fort Pierce just like he does in other towns, but the 500-foot ban effectively prevents him from doing so.

Brian Peffer owns and operates “Creative Chef on Wheels.” Brian’s claim to fame is that regardless of what is on his menu, he can, and will, come up with any variation the customer requires to satisfy their tastes or dietary restrictions. Brian has been all over the world, working in the culinary industry as he traveled, and he has brought those skills home to provide a creative food truck experience. Brian simply wants to compete to provide his customers with the best food and service he can, but the 500-foot ban stops him from competing before he gets the chance.

The Defendants are the City of Fort Pierce, Florida, along with its Mayor, all members of the City Commission, and Code Compliance Manager Peggy Arraiz, all of whom are named in their official capacities. The City Commission passed and enacted Fort Pierce’s 500-foot ban in September 2014.

IJ’s National Street Vending Initiative vindicates the right of street vendors to earn an honest living by fighting unconstitutional vending restrictions in courts of law and the court of public opinion. As it has done across the country, IJ stands ready to challenge these anticompetitive restrictions, and it will help street vendors oppose attempts to use unconstitutional protectionist laws to shut them down.