We expect police officers to pull people over for speeding or running a red light. But for driving a red Mustang? That’s what happened to Mario Rosales in June 2022.

Mario and his girlfriend, Gracie, had just gotten off work for the day. They weren’t doing anything suspicious, and Mario was following the traffic laws. He turned on his left turn signal as he stopped at a red light. A police vehicle stopped behind him. When the light turned green, Mario turned. The police vehicle followed and immediately pulled Mario over.

Mario was confused about why the police had pulled him over. Were they looking for someone else and mistook him for that person? No. The officers were simply fishing for crimes.

Over the next 20 minutes, two police officers searched Mario and interrogated him and his girlfriend—not just about where they live and work, but also about a litany of drugs, past interactions with police, and their feelings about the U.S. Constitution. All without a single reason to believe Mario or Gracie were dangerous or involved in drugs or that either committed any crime whatsoever. They weren’t; they aren’t; and they hadn’t. When Mario and Gracie asked why they had been pulled over, the officers answered that Mario failed to use his turn signal. But multiple recordings of the incident clearly show that Mario used his blinker. When asked why they were questioning Mario and Gracie about drugs, the officers’ answer was they were “just curious.”

The Constitution protects against this stop-first-justify-later form of policing. Police can’t just detain you to ask you questions, regardless of how curious they might be. That is why Mario and Gracie have sued the police officers and the city of Alexandria—to enforce the constitutional boundaries that are supposed to protect motorists from bogus traffic stops that that turn into free-for-all fishing expeditions for crimes. 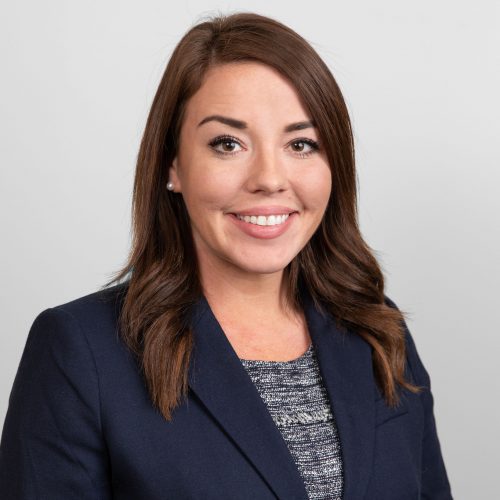 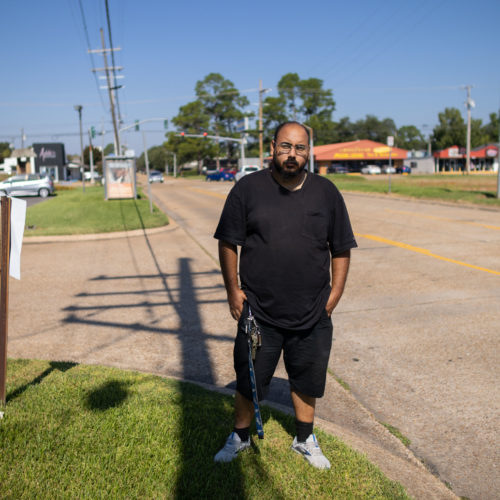 On June 15, 2022, Mario Rosales and Gracie Lasyone got off work in Alexandria, Louisiana, and were headed to buy a replacement part for a car. Mario works on cars as part of his job and as a hobby. The two were in Mario’s 2007 red Mustang. The car had a New Mexico license plate—Mario’s home state. Mario was driving safely. His Mustang was not making excess noise, and there was nothing suspicious about the car or Mario.

Mario turned on his left turn signal as he approached a stoplight. A police SUV stopped behind him at the light, but he didn’t think anything of it. When the light turned green, Mario turned left. The SUV followed and its lights started flashing once it entered the intersection after Mario. Mario immediately pulled over. He thought maybe they were searching for somebody and had mistaken him for that wanted person.

One police officer got out of the vehicle and told Mario to exit his car and come to him. Mario complied and gave the officer his driver’s license, proof of registration, and insurance information. The officers asked if he had a gun in the car, and Mario honestly answered that he had one (legally) in a bag in the back seat, but he confirmed that he didn’t have a gun on his person. Despite having no reason to believe Mario was armed or dangerous, one officer frisked him. The other officer asked him if he had anything he shouldn’t have, and to empty his pockets. Mario said he didn’t have anything he shouldn’t have, but he complied in emptying his pockets, revealing a wallet and keys.

Another officer asked if he could search Mario again. Mario said he would feel more comfortable if he and Gracie could record what was happening. The officers disallowed recording, saying that they were recording everything themselves.

The officers returned to their vehicle—a K-9 unit with a dog inside—and asked dispatch to run criminal history checks on Mario and Gracie. A while later, dispatch informed the officers that the search had returned no results. “Aw, what are the chances of that?!” one officer exclaimed in disappointment, “awe man!”

The officers then talked to each other about what they were going to write a ticket for, justifying the stop. They decided on failure to use a turn signal and failing to switch registration and license plate within 30 days of moving to Louisiana. The officer writing the ticket had been unsure whether the law applied to Mario, but the other officer told him to “err on the side of caution” and include the violation.

More than 20 minutes after pulling over Mario and Gracie, the officers let them go.

The Government dismisses the ticket

Police officers may stop people who demonstrate suspicious behavior. But police officers may not pull people over for imaginary traffic infractions. And even when police officers legitimately pull someone over for violating a traffic law, the traffic stop does not give the officers license to investigate any crime they want. During a stop, officers may not search a person for weapons without a reason to believe the person is armed and dangerous.[i] The officers also may not search a person for contraband without a warrant or without lawfully arresting the person.[ii] What’s more, Americans have a right to record the police, subject only to narrow restrictions on when, where and how the recording is done.[iii]

The police officers who stopped Mario and Gracie ran afoul of all these rules. They pulled Mario over for failing to signal when the opposite was obvious. They expanded the traffic stop to investigate drug crimes that the officers had no reason to believe had been committed. The officers searched Mario for weapons and contraband without reason to believe he was armed and dangerous and without a warrant or lawfully arresting him. And the officers forbid Mario and Gracie from recording the stop, regardless of whether the recording could be performed safely and without undermining the officer’s legitimate work.

The officers are not the only ones at fault. They were carrying out unconstitutional departmental policies that the city of Alexandria is responsible for—unconstitutional policies that threaten any motorist’s rights. If the police can stop, search, interrogate, and keep you from recording them for no reason at all (or worse, to hunt for evidence of crimes), then our constitutional guarantees to be secure against unreasonable searches and seizures are utterly meaningless.

Although the officers were polite and even friendly throughout the interaction, Mario and Gracie’s case neatly illustrates how casually and easily police can violate your constitutional rights without any violence or fanfare. Stopping vehicles and searching and interrogating the people inside violates the rights to be free from unreasonable searches and seizures that we all enjoy.

Mario and Gracie’s lawsuit brings Fourth and First Amendment claims against the individual police officers. To start, the police officers violated Mario’s and Gracie’s Fourth Amendment rights against unreasonable seizures by pulling them over without a reason to believe they had violated a traffic rule or some other law. Second, the officers expanded the initial stop beyond an investigation into a traffic infraction, also making the seizure unreasonable under the Fourth Amendment.

Next, the officers searched Mario without a warrant and without a reason to believe that he was armed and dangerous—an unreasonable seizure under the Fourth Amendment. The officers also violated Mario’s and Gracie’s First Amendment rights by prohibiting them from recording the stop. The case also raises claims that the city of Alexandria violated Mario’s and Gracie’s rights, because the officers were carrying out unconstitutional departmental policies.

Mario and Gracie’s case is in the United States District Court for the Western District of Louisiana.

Founded in 1991, the Institute for Justice is the national law firm for liberty. IJ is dedicated to fighting judge-made rules that make it extremely difficult to hold government officials accountable for violating the Constitution. IJ’s efforts include direct lawsuits against government officials, appellate friend-of-the-court briefs in support of individuals who have suffered at the hands of government officials, and outreach to members of the public who want to know more about the difficulties of suing governments and their employees for violations of individual rights. IJ does all this because of its fundamental belief that following the Constitution means being held accountable for violating it.