For over a century, people have been coming to the Punxsutawney and Pitch Pine hunting clubs to spend time alone in nature with close friends and family. Between them, the clubs own thousands of acres of private land in Pennsylvania’s Allegheny Mountains. The clubs are filled with beautiful forests, abundant wildlife and houses where members can stay for days or even weeks when they visit.

The clubs are private places. That’s a key part of why members join and visit. And the clubs have gone to great lengths to keep it that way: All entrances are gated and locked. All property lines and several points throughout the clubs are posted with clearly visible No Trespassing signs. And only members and their approved guests can enter.

These officers think they can treat private land like public property because, in 2007, the Pennsylvania Supreme Court said they could. But the Court was wrong: The Pennsylvania Constitution has unique text protecting private land from warrantless searches, and the time has come for the Court to honor that text. The Punxsutawney and Pitch Pine hunting clubs, represented by the Institute for Justice, are suing in state court to restore all Pennsylvanians’ right to be secure on their land. 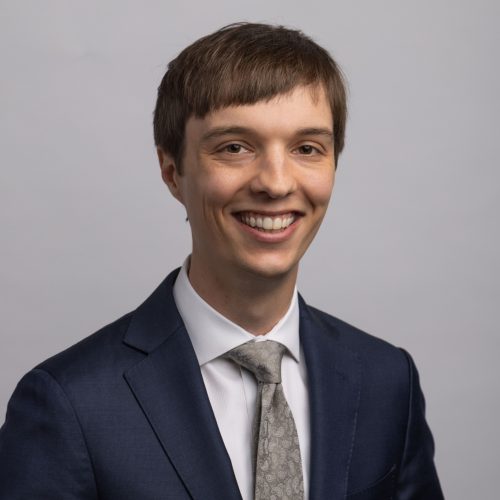 Punxsutawney and Pitch Pine are private places.
In 1919, two groups of Pennsylvanians formed private hunting clubs in the heart of the Allegheny Mountains. The first, Punxsutawney, owns 4,400 acres; the second, Pitch Pine, owns 1,100 acres immediately to Punxsutawney’s south. Both clubs are filled with abundant wildlife and beautiful forests where generations of members have come to hunt with close friends and family. Both clubs have largely working-class memberships, with annual dues of just a few hundred dollars per year.

Near the center of each club are houses where members can stay when they visit. Punxsutawney has five houses; Pitch Pine has one. Members can reserve the houses for days or weeks at a time, settling in with their children, parents or close friends to hunt, vacation and build memories that last a lifetime.

Take Punxsutawney board member Charles Morrison, for example. Charles, a retired former military police officer, has been a lifelong club member. His grandfather built a house on the club that Charles now visits monthly. Charles typically stays for a week at a time—and every fall, at the start of deer season, he stays for three weeks. While Charles is there, the club is his home.

For Charles, and for all of the Punxsutawney and Pitch Pine clubs’ members, the clubs are private places. That’s a key part of why members join and visit. And the clubs have gone to great lengths to keep it that way: All entrances are gated and locked. All property lines and several points throughout the clubs are posted with clearly visible No Trespassing signs and purple paint.  1 And only members and their approved guests can enter.

State wildlife officers treat the clubs’ land like public property because the Pennsylvania Supreme Court told them they could.

Despite the clubs’ efforts to mark their land as private and to keep out intruders, Pennsylvania Game Commission wildlife officers have repeatedly entered the clubs—without permission and without warrants—to spy on their members.

These officers have entered the clubs by foot, bicycle and truck. They have spent hours roaming the clubs and secretly watching members as they go about their private business. They have interrupted members mid-hunt, sometimes approaching them from behind or entering their tree stands, to inspect their papers. They have hidden behind trees and jumped out in front of vehicles on the clubs’ internal paths to stop members and interrogate them.

In December 2019, for example, Punxsutawney member Randy Bleiler was walking on a path deep in the club’s property when two state wildlife officers appeared and stopped him. The officers demanded to see Randy’s hunting license. Randy explained that he had accidentally left his license in his truck, which was just 200 yards away, and walked the officers there. Even though Randy’s license checked out, the officers issued him a citation anyway for hunting without carrying a license.

Pitch Pine member Jon Mikesell had a similar experience a few years earlier. Every summer, he reserves the Pitch Pine house for a week-long family vacation. One summer, Jon and his family were at the club, sitting on the house’s front porch watching deer and birds eat some bird seed Jon had put out, when a wildlife officer came speeding down the trail leading into the property.

The officer parked his truck, got out, and accused Jon of putting out the seed to feed bears. Jon denied feeding any bears and asked the officer what he was doing on the club’s property. The officer explained that he had been spying on Jon and his guests for multiple days from a hidden spot in the woods, and that he would not have been visible because he was wearing camo and had used binoculars to watch them from a distance. Ultimately, the officer left without issuing any citation.

Randy, Jon and all of the clubs’ other members who have had similar interactions with state wildlife officers on their land feel deeply invaded. In their view, No Trespassing signs should apply to the government too, and wildlife officers should have to get a warrant before entering and spying on their private land.

Unfortunately, the Pennsylvania Supreme Court has enabled these intrusive tactics. Article I, Section 8 of the Pennsylvania Constitution is supposed to protect private property, including “possessions,” from warrantless searches. But in 2007, in a case called Commonwealth v. Russo, the Court held that the term “possessions” does not apply to private land. 2

As a result, wildlife officers roam private land statewide without any constitutional constraints on their conduct. They do not need to seek consent, or warrants, or even have probable cause to think a crime is being committed. And worse, wildlife officers’ broad powers are backed by a group of state laws that underscore their “right and authority to go upon or enter any property, posted or otherwise.” 3

The Court was wrong. Article I, Section 8 of the Pennsylvania Constitution protects private land from warrantless searches.
Punxsutawney and Pitch Pine want the warrantless searches to stop. But for that to happen, Russo must be overruled. To see why, it’s important to grasp that Russo is part of an ongoing national debate about the so-called “open fields doctrine.”

The open fields doctrine got its start in throes of Prohibition. After alcohol became illegal, federal agents began searching for illicit stills, often on private land. Many were aghast at this expansion of agents’ authority, but the U.S. Supreme Court in 1924 summarily held that the Fourth Amendment—which mentions “persons, houses, papers, and effects” as being protected from “unreasonable searches”—does not apply to private land. 4  In one fell swoop, the Court eliminated constitutional protections for over 90% of privately owned land in the United States.

Decades later, people thought the Supreme Court would reverse course. After all, the Court had recently held “the Fourth Amendment protects people, not places,” and seemed ready to reject the crabbed reading that underlaid its 1924 decision. But by that point, the War on Drugs was in full effect, and the Court obliged by holding that people have “no legitimate expectation that open fields will remain free from warrantless intrusion by government officers.”

The federal open fields doctrine has been widely criticized, and for good reason. 5  It breaks with the broad purpose behind the Fourth Amendment, which is to make us secure in our property. And it flouts the Court’s more recent return to a property-based approach. 6  Yet for now, the open fields doctrine remains the law with respect to the federal Constitution.

Pennsylvania is one such state. Article I, Section 8 of the Pennsylvania Constitution protects “possessions” from “unreasonable searches.” In 1776, when that language was first adopted, “possessions” was routinely used—in dictionaries, scholarly texts, statutes, and legal cases—as a way to describe private land.

Russo squarely conflicts with that original meaning. As the three dissenting justices wrote, “a constitutional rule which permits state agents to enter private land in outright disregard of the property owner’s efforts to maintain privacy is one that offends the fundamental rights of Pennsylvania citizens.” 8

Punxsutawney and Pitch Pine’s members have experienced that firsthand. And that is why they are standing up and filing this case—to give the Pennsylvania Supreme Court an opportunity to correct its mistake and restore all Pennsylvanians’ right to be free from warrantless searches on their land.

The legal claim
Punxsutawney and Pitch Pine are suing under Article I, Section 8 of the Pennsylvania Constitution. They are seeking a declaratory judgment that the statutes authorizing wildlife officers to conduct warrantless searches of their land are unconstitutional, and an order enjoining the Pennsylvania Game Commission from conducting future warrantless searches.

The parties and the court
The plaintiffs in this case are Punxsutawney Hunting Club and Pitch Pine Hunting Club. The defendants are the Pennsylvania Game Commission and Mark Gritzer, in his official capacity as a wildlife officer. This case was brought in the Pennsylvania Commonwealth Court.

About the Institute for Justice
The Institute for Justice is the national law firm for liberty and the nation’s leading advocate for private property rights. This case is the latest in IJ’s Project on the Fourth Amendment, a national initiative to secure property owners’ rights against unconstitutional searches and seizures. IJ is currently litigating a similar state-constitutional challenge to the open fields doctrine in Tennessee. And IJ is fighting for property owners’ and tenants’ rights to be free from unconstitutional searches of their homes and businesses, both here in Pennsylvania and in Ohio, Illinois, Indiana, and New York.

A South Carolina town changed its zoning regulations and ordered a small automotive business to stop renting U-Hauls. The owners are now fighting back.