In 2016, the Institute for Justice filed a lawsuit on behalf of West Haven, Connecticut resident Bob McGinnity (along with two of his elderly family members) in a challenge to the government’s attempt to condemn his home in order to build a shopping center. The City of West Haven’s redevelopment plan called for land to be acquired, by eminent domain if necessary, and then transferred to a private developer to transform a large chunk of West Haven’s waterfront (currently devoted to mixed commercial and residential uses) into an outdoor shopping mall. IJ quickly obtained a preliminary injunction preventing the city from taking Bob’s property while the case was pending in the trial court.

The case was settled in 2017 when Bob voluntarily sold his homes to the developer in order to care for his elderly uncle. 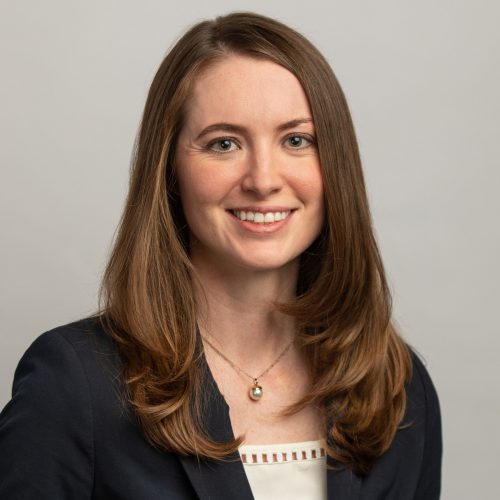 Connecticut Retiree Fights to Keep Family Home from Being Bulldozed

Bob McGinnity is not against development in West Haven—in fact, he has offered to sell his large backyard to the city for use in the shopping center, provided he and his uncle get to stay in their homes. City officials have refused to even consider his offer. Building around Bob and his uncle would require the relocation of a few small stores, at the most—a small price to pay to avoid destroying a retiree’s childhood home and throwing his elderly uncle out of his last remaining refuge.

Bob and Michael do not know where they will go if they lose their homes. But they do know they have a right to stay and to keep what they have worked all their lives for.

Under the power of eminent domain, the government can take private property. For years, the Fifth Amendment to the U.S. Constitution and similar provisions in state constitutions greatly restricted this power. Under the Constitution, eminent domain must be for a “public use” and provide “just compensation” to the property owner. Traditionally, these “public uses” have been understood as public projects such as schools, roads, infrastructure and public utilities.

IJ represented Susette Kelo and other homeowners in New London, Connecticut to save their homes from being demolished. But in a narrow 5-4 decision, the Supreme Court instead upheld the taking of their homes under the guise of “economic development.”

That decision led to immediate public outcry. It is no exaggeration to say that the Kelo case represents the most reviled Supreme Court decision in modern history. And that outcry led to real results: 44 states have changed their laws to make Kelo-style takings more difficult and nine state high courts have either rejected the Kelo rule under their own constitutions or otherwise strengthened protections for property owners in the wake of the decision.

Kelo was wrong when it was decided and it remains wrong today. But this case is dramatically worse than Kelo. In Kelo, the Connecticut courts and the U.S. Supreme Court agreed with the age-old proposition that the government cannot take private property from Person A merely to give it to Person B. The Kelo courts upheld the takings there because the city of New London came up with its redevelopment plans first on its own. The takings could not be characterized as merely a transfer from A to B because the city had not identified a developer before drafting its plans.

Here, though, the process happened in reverse. Rather than West Haven coming up with its own plan, as in Kelo, The  Haven Group, LLC, a private company run by Greenwich developer Sheldon Gordon and Dallas real estate investor Ty Miller, proposed building a strip mall for its own private benefit on land that the company did not own. Gordon and Miller told the city to condemn and the city eagerly complied.

Simply put, Kelo said the government could use private developers as part of a broader scheme for redevelopment, but this case is about a private developer using the government for its own ends. Because of this key difference, Bob and his family have filed a state-court lawsuit against the city of West Haven and its redevelopment agency to establish that the proposed condemnations violate both the Fifth Amendment to the U.S. Constitution and Article I, section 8, of the Connecticut Constitution. The courts should take this opportunity either to repudiate the excesses of the Kelo decision or, at minimum, verify that the limits outlined in Kelo have real teeth. Bob’s childhood home, along with the constitutional rights of millions of Americans, hangs in the balance.

Eminent Domain on the Rise

Eminent domain abuse has been at a standstill for nearly a decade as a result of two overlapping factors. First, the public backlash against the Kelo decision made eminent domain toxic and local government officials responded accordingly. Attempts to use public power for private gain led to long court fights, public outrage, and ultimately, an enormous waste of public resources. Those basic facts have caused sensible officials to steer far clear of fights like this. At the same time, the 2008 economic crisis resulted in a massive crash in property values across the country. In that economic environment, the temptation to use government power to engage in real estate speculation was substantially diminished.

Today, that is starting to change. With a recovering real estate market, a new generation of municipal officials is starting to make the same mistakes. Projects using eminent domain for private development have sprung up in Connecticut, Massachusetts, New Jersey, Georgia and elsewhere. Just last year, California passed a law effectively reviving its redevelopment agencies, paving the way for the return of abusive takings.

As this new wave of eminent domain abusers rise, the Institute for Justice stands ready to teach them the same lessons the last wave learned: Abusing public power for private gain is illegal, unconstitutional, and unpopular. And it will be stopped.

This case is being litigated by IJ Attorneys Robert McNamara and Renée Flaherty. Serving as local counsel will be Dwight Merriam, Brian Smith and Evan Seeman of Robinson & Cole, LLP.

The Institute for Justice is the national law firm for liberty and the nation’s leading advocate for property rights. IJ has spent 25 years fighting against eminent domain abuse nationwide. IJ’s victories  have saved homes and businesses, including: the home of an Atlantic City widow; a small repair shop in Arizona; 17 homes and business in Lakewood, Ohio; and a boxing gym for inner city youth in National City, California.  Currently, IJ is fighting on behalf of Charlie Birnbaum, a piano turner in Atlantic City, whose childhood home is under threat of being taken by the Casino Reinvestment Development Authority. In August 2016, the New Jersey Superior court called this a “manifest abuse of the eminent domain power” and dismissed the condemnation, saving Charlie’s home. The CRDA is appealing the decision.