The Institute for Justice just notched our eighth victory at the U.S. Supreme Court. Our 6-3 victory in Carson v. Makin follows in the footsteps of our previous wins in educational choice cases coming out of Montana, Arizona and Ohio. The decision clears the last persistent constitutional barrier to new choice programs at a time when parent frustration with the public school system is high and many states are seeking innovative solutions.

In addition to our wins on educational choice, the nation’s highest court has also heard cases coming from all of our other main issue areas—private property, the First Amendment and economic liberty—as well as qualified immunity. We have fought for a little pink house threatened by private developers, family businesses fighting government rules that protected entrenched industries, and an innocent college student brutally beaten by law enforcement officers. And in Timbs v. Indiana, we persuaded the Supreme Court to hold unanimously, for the first time, that the Eighth Amendment’s prohibition on excessive fines and forfeitures applies to state and local governments in addition to the feds.

Even when IJ loses—which has happened only twice—we keep fighting to change the law and get justice for our clients. Following a technical win for the government, James King, the college student assaulted in Michigan, is still in court, with IJ by his side, fighting to hold accountable the police officer and FBI agent who misidentified him, beat him, and then lied to make sure he was charged with crimes. And after the Supreme Court ruled private developers could take Susette Kelo’s little pink house, IJ created a grassroots movement for reform and continued to win eminent domain abuse cases in state supreme courts. In the wake of the Court’s widely decried decision, almost every state changed its laws to make it harder for the government to take property and give it to private developers.

IJ launches every one of our cases with the hope that it will one day reach the Supreme Court and bend the law toward justice. But getting a case before the Supreme Court is hard work, and the path there is rarely straightforward. There are many twists and turns, and IJ clients are also vying with many others for the Court’s attention. The Court elects to hear fewer than 1% of cases appealed to it.

IJ consistently brings innovative and important cases to the Supreme Court’s attention. For example, we are asking the Court to hear the case of immigrant entrepreneurs who were denied a license to open a home health care business catering to Nepali-speaking refugees after big health care conglomerates opposed their application. We will also be asking the Court to hear the case of a privately certified health coach who is being threatened with jail and fines for talking to people about good nutrition without a license.

While those two cases, like most of our cases, are ones we found and developed from the ground up, it sometimes happens that we hear of a worthy case that is already in progress but that needs IJ’s experience to get to the Supreme Court and on to victory. In those circumstances, we seek to take the case over. After a federals appeals court granted immunity to a rogue government official who pretended to be a traffic cop to harass a family-owned road construction company, IJ got involved and appealed the case to the high court. We’re waiting to hear whether the Supremes will take the case.

And when the opportunity to argue before the Supreme Court comes, IJ’s expert attorneys go the extra mile to prepare. Case teams spend hundreds of hours researching and writing briefs. The attorney who will argue the case often crisscrosses the country to practice in front of the nation’s sharpest legal minds. All the while, IJ is prosecuting the case in the court of public opinion, humanizing complex legal issues, and laying the groundwork for victory both inside and outside the courthouse.

Among other activities, we file friend-of-the-court briefs to share our unique expertise and perspective in cases that we are not litigating directly but that touch on issues and questions of law we care about. We also produce research that helps to shape the national conversations surrounding our issues by showing that the facts, along with justice, are on our side. Our research even makes its way into the Justices’ Chambers, having been cited in two opinions thus far.

Americans have the constitutional right to protect their property, to speak their mind, to provide for themselves, to choose the right school for their children and to go to court when government officials violate those and other rights. We expect our next 10 Supreme Court cases to be just as diverse and just as impactful as our first 10. U.S. Supreme Court dismisses frivolous challenge to Arizona’s Individual Scholarship Tax Credit, which allows tens of thousands of children the opportunity to attend the private school of their parent’s choice. 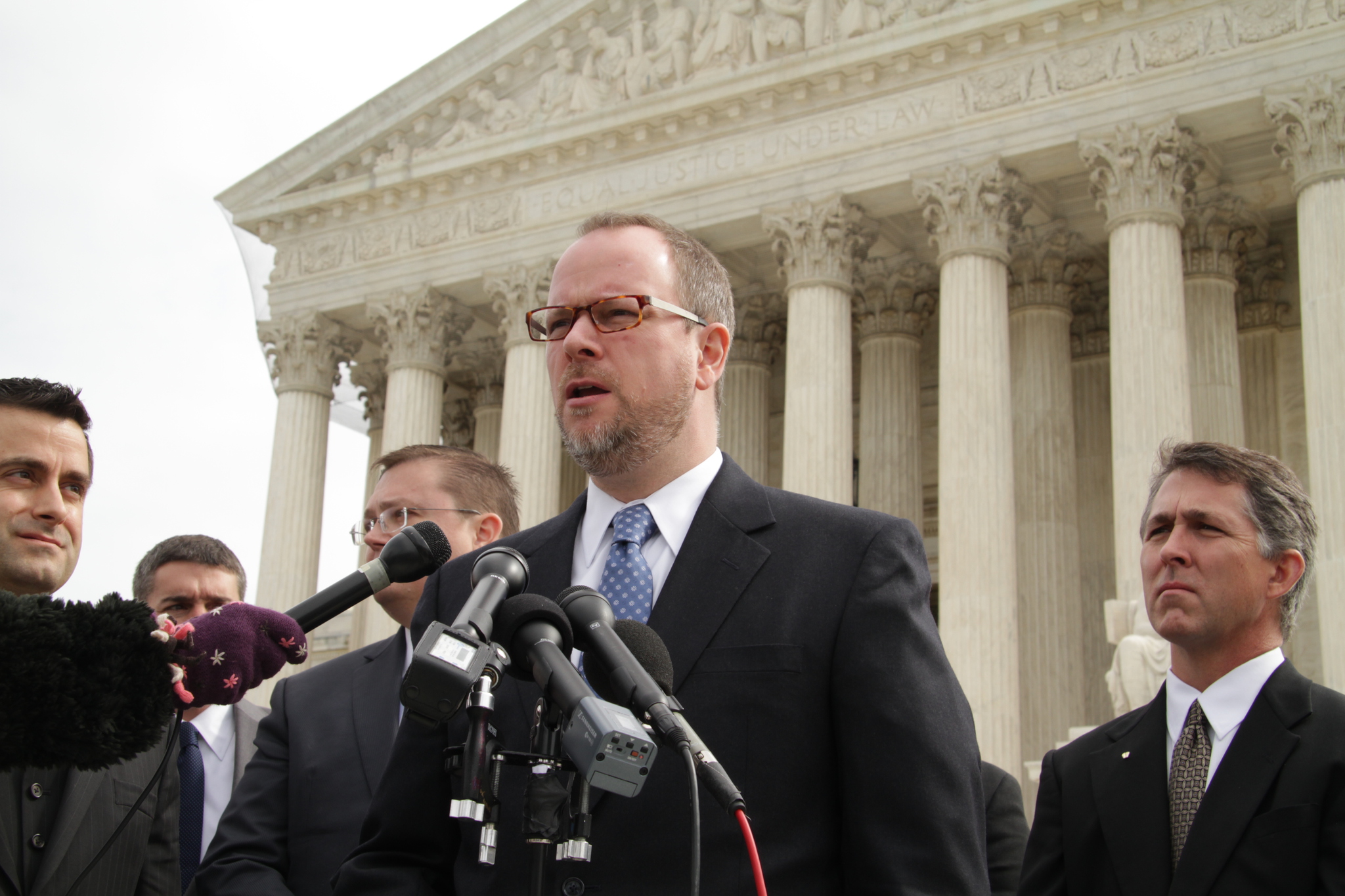 U.S. Supreme Court hands the government a technical victory in IJ’s first Immunity and Accountability case argued before the high court, but the case is still alive before the 6th Circuit. IJ’s Project on Immunity and Accountability in the News