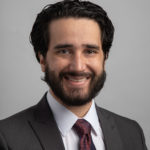 Bullhead City Community Park, nestled on the banks of the Colorado River on the far western border of Arizona, is a lovely spot for a picnic. But don’t dare open your picnic to someone in need, or you might be arrested under a new ordinance that criminalizes sharing food in public parks “for charitable purposes.”

That’s Bullhead City’s lesson for Norma Thornton, a 78-year-old grandmother who retired to Arizona in 2017 after operating a restaurant in Alaska for years. In the local park, she encountered people in need, including those struggling to make ends meet and those without housing. And Norma soon discovered that they often go hungry, as the nearest shelters and food pantries are miles away and have limited resources. So Norma decided to use her career skills to help: For more than four years, she regularly spent her afternoons preparing nutritious, hot homecooked meals; sharing them in the park with anyone who asked; and taking care to leave the park cleaner than when she arrived.

The ordinance isn’t a hollow threat, either—Bullhead City police officers arrested Norma in March after she’d fed a few dozen people and cleaned up the area. The city even threatened Norma with jail time and fines and fees exceeding $1,000 in an attempt to coerce a plea deal (which, ironically, included mandatory community service). But Norma stood firm, and the city ultimately dropped its prosecution in the face of bad press.

The city was sure to point out, however, that it would prosecute her if she ever violated the ordinance again. As a result, Norma legally shares her food in a dusty private alley—with hardly any shade, without seats or a place for the hungry to wash their hands, and out of sight of people who could use her help.

Among the rights protected by the Constitution are those with a rich history. And this country owes much to voluntary charity; From the first Thanksgiving to the frontier pioneer days to the Great Depression, helping those in need is baked into the American ethos. By prohibiting Norma from continuing this tradition, Bullhead City is violating her basic constitutional right to engage in charity.

Now Norma is tapping into another great American tradition: standing up for her rights by suing the government. Together with IJ, she filed a federal case seeking to end the city’s ban on charity.

In this country, we honor people who assist those in need; we don’t arrest them. That’s why IJ is fighting to secure Norma’s right to help people she finds in need, where she finds them.