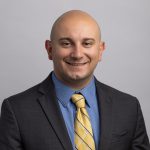 In April’s Liberty & Law, we wrote about IJ’s new lawsuit seeking to end a uniquely corrosive feature of Indiana’s civil forfeiture regime: the use of for-profit prosecutors. Recently, IJ notched a critical first step toward ending that system when a federal court not only rejected the government’s early bid to dismiss the case but ruled that the challenge should proceed as a class action.

Across the nation, civil forfeiture creates perverse financial incentives for law enforcement agencies to keep some, if not all, of the proceeds from forfeited property. Those agencies, to quote U.S. Supreme Court Justice Clarence Thomas, “have strong incentives to pursue forfeiture.”

Indiana dials those questionable financial incentives up to 11. For years, it has been the only state in the country allowing forfeiture cases to be prosecuted by private lawyers operating on a “contingency fee” basis. In other words, the private lawyer is paid not with a salary but with a cut of forfeited property. They make money only by successfully forfeiting property for the state—and the more they forfeit, the more they profit. IJ’s claim against that system is as simple as it is important: Fundamental due process principles prohibit prosecutors from having a personal financial stake in the cases they prosecute.

As it so often does when IJ sues to end a shady forfeiture scheme, the government thought some procedural trickery could make the case go away. Almost immediately, it abandoned its forfeiture case against the lawsuit’s named plaintiff—23-year-old Amya Sparger-Withers, a victim of the financially driven system—and returned her property. It then moved to dismiss the federal lawsuit entirely, insisting that Amya could no longer challenge the prosecutor’s financial self-interest on behalf of herself or the hundreds of other victims she sought to represent.

Not so fast, the federal court ruled. Recognizing that the private prosecutor could—and likely would—pull the same maneuver on anyone willing to take on this forfeiture gravy train, the court rejected that attempt to end the case. What’s more, because the for-profit prosecutions all violate the Constitution in the same way, the court ruled that the case could proceed as a class action on behalf of everyone swept up in the system.

In other words, the court’s ruling is the best of both worlds. On the one hand, Amya has her property back. And on the other, IJ’s challenge to the entire forfeiture system forges ahead.

Prosecutors in America wield enormous power. With this first-round victory in hand, IJ and Amya march toward a final ruling reminding Indiana’s prosecutors that they must exercise their power in the public interest, not for personal financial gain. A legitimate system of justice demands nothing less.

Mike Greenberg is an IJ attorney.