Ryan Crownholm is a self-described “serial entrepreneur.” After serving in the Army, and while still in college, he started his first business by using his own pickup truck to haul rubbish. His business took off, and he expanded. To take on larger projects, Ryan obtained a California demolition contractor license. But Ryan’s demolition projects required permits from a city or county building department. And these permits required, and still require, the submission of a “site plan” drawing.

Site plans are not surveys. They are relatively simple drawings to show the property’s physical features—buildings, driveways, fences, sometimes vegetation—relative to property lines. So, with help from local building departments, Ryan taught himself how to draw these site plans by using publicly available information from the internet: computer mapping systems like GIS (geographic information system), Google Maps, and other programs with satellite imagery.

This led Ryan to start MySitePlan.com in 2013. The company has since created more than 40,000 site plan drawings. Ryan describes himself as a “professional tracer” given that all the information needed for site plans is already on the internet. The value of MySitePlan.com is the many hours it saves contractors and homeowners that they would otherwise have to spend drawing their own site plans. And other customers use the drawings for many other purposes: Hotels and resorts use them to help guide guests from the lobby to their assigned rooms, while farmers’ markets use them to help show vendors where they should set up shop.

These customers like Ryan’s work and know what they’re getting—MySitePlan.com clearly states at the top of its website that it is not a legal survey and is not intended to replace one. But that hasn’t stopped the California Board for Professional Engineers, Land Surveyors, and Geologists from trying to shut down MySitePlan.com. In late 2021, the Board sent Ryan and MySitePlan.com a citation ordering them to stop their business and pay a $1,000 fine. According to the Board, based on a review of the website, making drawings that “depict the location of property lines, fixed works, and the geographical relationship thereto” requires a license.

California’s interpretation of its surveying law is exceptionally broad, even by industry standards. The national association of surveyor regulators says “non-authoritative” drawings like MySitePlan.com’s don’t require a license. And California’s own building departments tell homeowners how to do these very same drawings and accept identical site plans from non-surveyors. Yet the Board has singled out Ryan and MySitePlan.com for prosecution.

But Ryan’s drawings are protected by the First Amendment, and the government cannot prohibit him from making those drawings just because they are related to a licensed occupation. That’s why Ryan has joined with IJ to fight back against this latest example of established industries using licensing to fight technological innovation. You shouldn’t need the government’s permission to use existing information to create new information and sell it to willing customers. Ryan’s case seeks to protect that right in California and across the country. 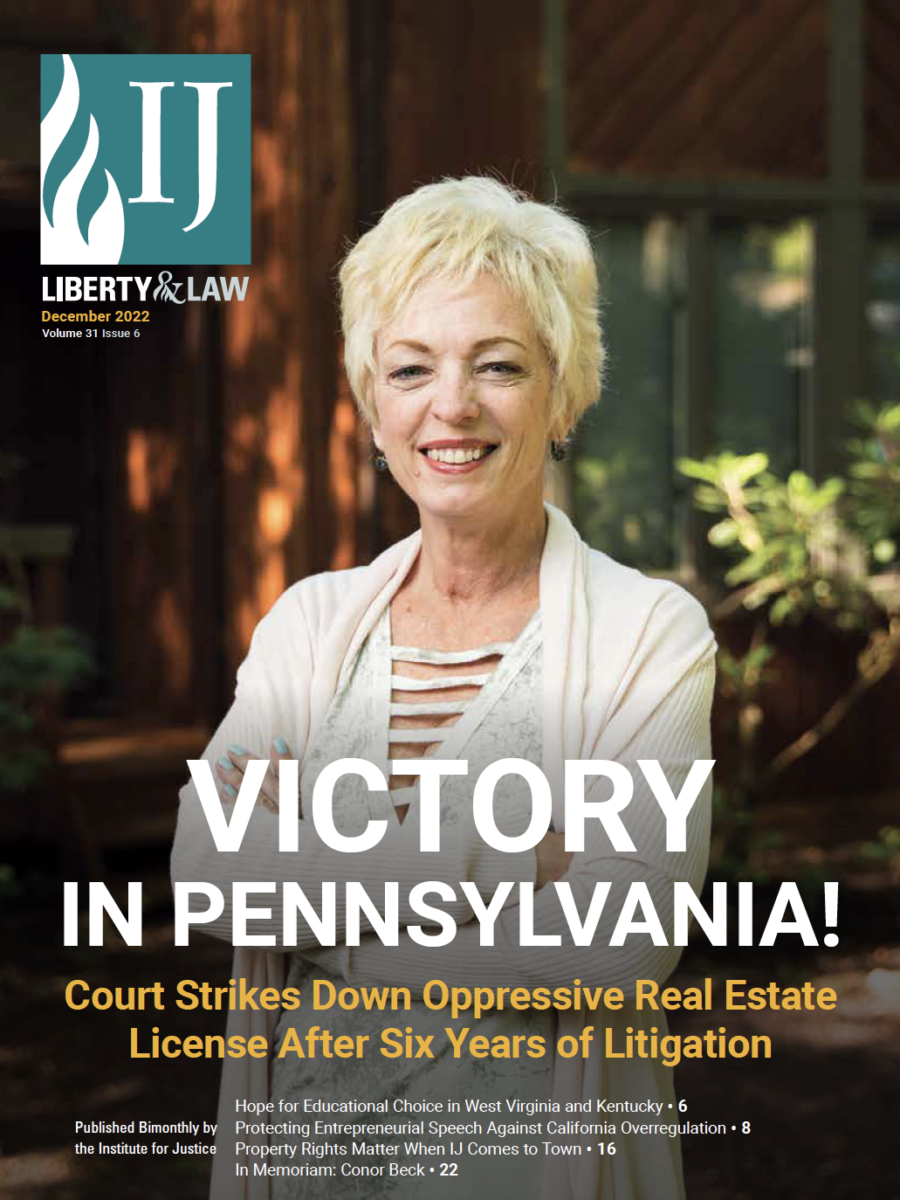