Earlier this year, a California dream quickly became a California nightmare for one San Diego family when the government seized their every penny without warning and without charging anyone with a crime. How is this possible? Through civil forfeiture—one of the greatest threats to property rights in the nation.

In January 2016, the Slatic family was devastated when the San Diego District Attorney seized over $100,000 in personal bank accounts belonging to James, his wife, Annette, and their two teenaged daughters, Lily and Penny. The seizure of the family’s accounts was based on suspicion that James might have committed a crime by operating his legal medical marijuana business, Med-West Distribution.

Police accused Med-West of operating a “clandestine” drug lab, even though the business complied with state medical marijuana laws, operated publicly for two years, registered with the city of San Diego, and paid hundreds of thousands of dollars in state and federal taxes. The police raided the building and took everything, including $324,000 in cash, and shut the business down. Then, a few days later, the district attorney went after the Slatic family’s accounts without charging them with any crime whatsoever.

James is a lifelong entrepreneur who has started more than 10 businesses, including Med-West. He has also been active in the medical marijuana movement at the state and federal levels and worked on ballot initiatives in Colorado, California and Nevada. Annette works as a radiology technician for the local Veterans Administration Hospital. Their daughter Lily is a sophomore at San Jose State University and her sister, Penny, is a senior in high school—both of them maintained college savings accounts by working part-time jobs. While supportive of James’ business endeavors, Annette, Lily and Penny never had any involvement with James’ medical marijuana business.

The San Diego District Attorney cleared out the family’s bank accounts—and has kept the money even though no one has been charged with a crime and no civil forfeiture case has been filed against the family’s money.

Apparently unconcerned with constitutional restraints, the San Diego District Attorney cleared out the family’s bank accounts—and has kept the money even though no one has been charged with a crime, no civil forfeiture case has been filed against the family’s money and no apparent progress has been made in the investigation of Med-West. This case is not about crime fighting; it is about policing for profit. And the Slatics’ situation illustrates the abusive nature of civil forfeiture at its worst.

IJ is fighting alongside the Slatic family to get their money back and to protect thousands of other civil forfeiture victims from having their money unconstitutionally seized. Under the California Constitution, the government must have probable cause to believe a crime has been committed before it can seize a person’s property. Med-West is a legal business, a fact police and prosecutors ignored when they seized the family’s bank accounts. And while California recently passed important reforms, police can still forfeit amounts of $40,000 or higher without convicting or charging anyone with a crime. Until we fix the perverse financial incentive at the heart of civil forfeiture, the government will continue to seize money on even the thinnest of pretenses.

A victory for the Slatics will not only get the family their hard-earned money back, but it will also vindicate the right of every Californian to be free from unjust seizure of their money and other property. 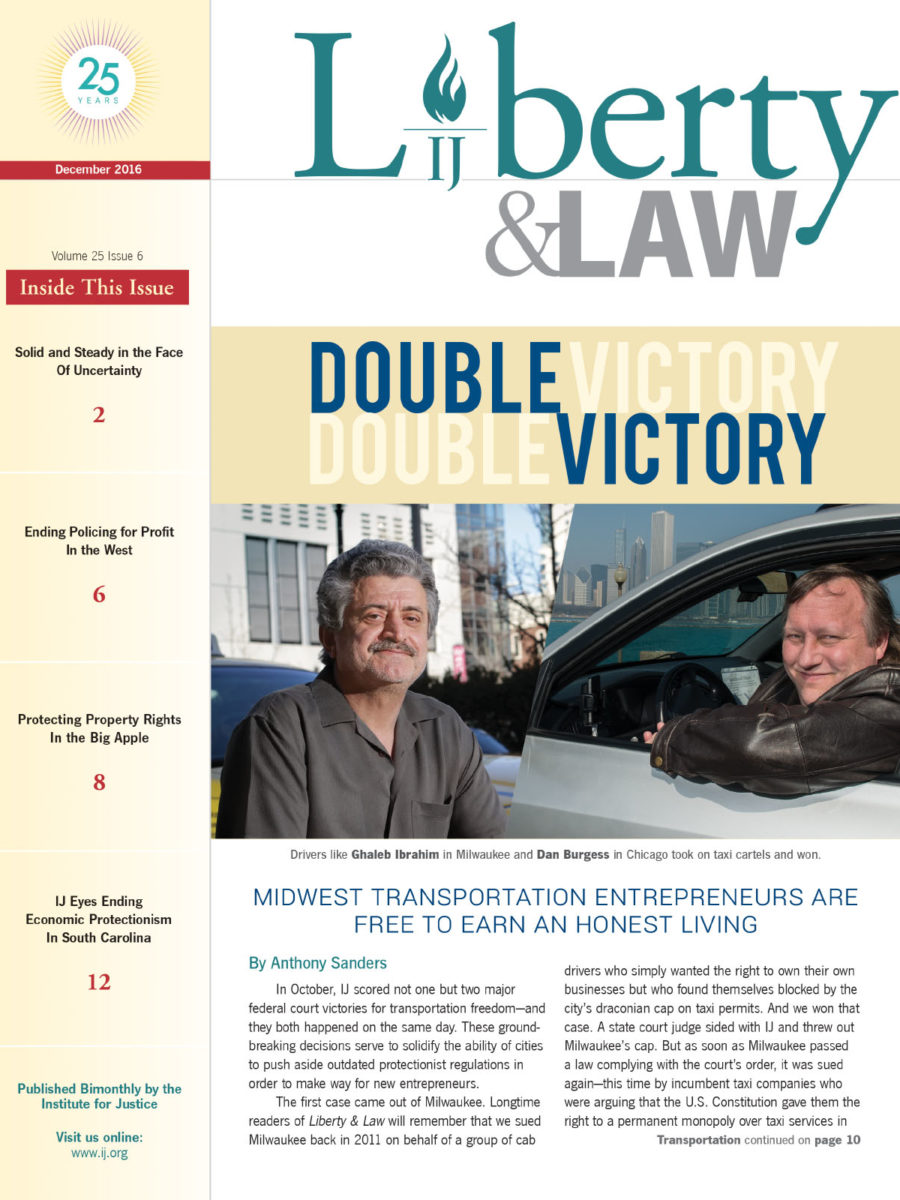