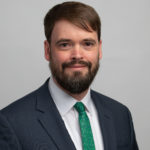 Earlier this year, I traveled to Richmond, Virginia, to present oral argument on IJ’s behalf in a federal appellate court—the 4th U.S. Court of Appeals—even though IJ was not representing any of the actual parties in the case. I was there with the court’s approval as what is called an “amicus curiae,” or “friend of the court.”

That’s not a typical experience. While some organizations are frequent amicus filers, at IJ we generally litigate our own cases. Doing so allows us to select the best clients with the best facts, and it helps ensure that judges actually listen to our arguments. We know that judges often ignore amicus briefs, so we are careful to put ourselves forward as an amicus only when we believe it will make a real difference.

My experience was also unusual in another sense. Even organizations that file reams of amicus briefs are rarely invited to participate at oral argument. Typically, argument is reserved for the parties.

These “friendly” oral arguments are a sign of IJ’s reputation, both with judges and with other lawyers. In the Richmond case, the lawyer for one of the parties agreed to give IJ half her time at the podium. The government then opposed our participation, arguing that “it is hard to fathom why the Amicus believes its participation is necessary.” The judges evidently disagreed as they granted IJ’s motion to participate over the government’s objection.

To paraphrase the government, we “believed our participation was necessary” because we had something important to say. The case involved the government’s attempt to use civil forfeiture against a man who was found passed out in his car with a bottle of Hennessy by his side and over $69,000 in his trunk. Not exactly an “I am IJ” poster. And yet the case nevertheless raised an important issue—specifically, whether the government should be required to come forward with actual evidence of wrongdoing in a civil forfeiture case. You can guess our position.

And the 4th Circuit agreed. Echoing IJ’s arguments, the court rejected the government’s contention “that lawful citizens do not carry around large amounts of cash that are rubber-banded and bundled.” Rather, “not using a bank does not necessarily make one a criminal.” That holding is one we will be citing in IJ’s own forfeiture cases, and it will help to better secure all Americans’ property rights.

That is precisely the kind of real, tangible difference IJ aims to make with its amicus work.