Years ago, a handful of transportation companies convinced the Nebraska government that there was something special about taking people to the pharmacy or routine doctor appointments. At these insiders’ request, the Nebraska Legislature created a category of rides called “non-emergency medical transportation” and outlawed anyone else from providing them.

Marc N’Da found this out the hard way. Marc runs a home health agency, and he has watched for years as his patients have been left stranded by the existing non-emergency medical transportation companies. So, Marc responded in the most American way possible—he decided to start his own company and provide better service. After all, Marc and his employees were already driving his patients on countless other errands, so there was no good reason why they couldn’t also take those same patients to the pharmacy and to their checkups.

In order to help his patients, all Marc needed was a “certificate of public convenience and necessity” from the government. He went through the application process, and the government expressly found that Marc was “fit, willing, and able” to provide this service. But that wasn’t all he needed. The law also requires Marc to get permission from his competitors before he can begin operating. Not surprisingly, those competitors said “no.”

Certificates of Public Convenience and Necessity, also known as “Certificates of Need” or “CONs” for short, originated in a long-debunked effort to control costs. But in practice, all they do is prevent new businesses from competing with established ones and allow the existing companies to veto new competition, at the expense of the public. Because CONs intentionally limit the supply of health services, several states have waived certain CON requirements in light of the COVID-19 epidemic. In fact, Nebraska waived its CON to allow hospitals to add beds or convert beds in order to care for COVID-19 patients.

Marc’s patients may be stuck with limited options for now, but he’s fighting back. Marc has teamed up with the Institute for Justice to protect his constitutional right to earn an honest living. The good news for Marc and his patients is that what the government and the insiders are doing is not only wrong but unconstitutional—it violates three different parts of the Nebraska Constitution. 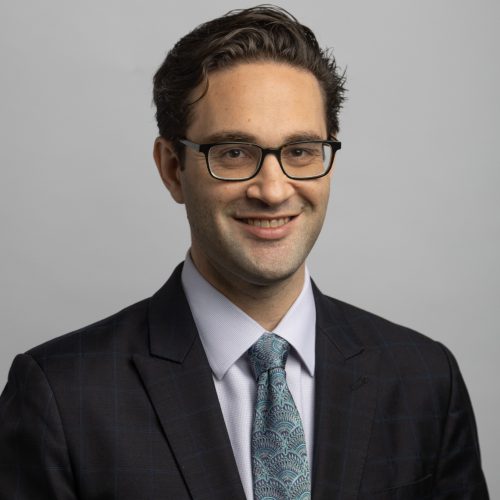 Marc embodies the American Dream. He came to this country as a political refugee from the African nation of Togo with only $60 in his pocket. He worked minimum wage jobs for years to put himself through college and graduate school and proudly became an American citizen. Seeing friends and neighbors struggle to get decent home health care, he formed Dignity Home Care to help fill a need. Starting from nothing, Marc has built Dignity to over 250 employees throughout Nebraska.

Today, Marc and Dignity care for more than 100 elderly and disabled patients in Nebraska. He and his employees already drive his patients to the grocery store and on numerous other errands, but Nebraska won’t let Marc and his employees take those same patients to a pharmacy or doctor’s office. “I can drive my patients to Wal-Mart, but not the Wal-Mart pharmacy,” Marc sadly explains. “That makes no sense.”

Worse, Marc has watched his patients receive horrible service from the existing non-emergency transportation providers. As always happens when companies are immune from competition, it’s the public that suffers. It often takes three days or more to schedule a simple ride to the pharmacy. And the companies don’t always show up. On countless occasions, Marc’s patients have been left stranded for hours waiting for rides that never arrived. But because there’s no competition, Nebraskans have nowhere else to turn.

Marc and his patients aren’t the only ones to notice this problem. In 2018, Nebraska Public Service Commissioner Crystal Rhoades observed that the current system has resulted in “numerous complaints … including service and billing problems.” But Nebraska’s government refuses to fix it.

Marc saw that he was in a position to make things better, so he started a new company to provide better service. He arranged to buy wheelchair-accessible vans and hire drivers. The only thing standing in his way was the requirement that he obtain a “Certificate of Public Convenience and Necessity.” So Marc applied, and the government found that he was well-qualified to provide the service.

There was just one problem: Now he needed to get permission from the existing companies to compete with them. It isn’t enough to be qualified, an applicant must also prove that the increased consumer choice is “required by public convenience and necessity.” 1 And the government bases this determination on whether the existing companies object.

A government official told Marc to negotiate with the existing companies. Marc refused to do so out of principle. He didn’t come to America only to encounter the same type of abuse of power that he left back in Togo.

But Marc won’t quit. With IJ’s help, Marc is challenging the constitutionality of Nebraska’s CON law in court. Once he wins, anyone who is qualified to provide these services will be allowed to compete, whether the insiders like it or not.

CON Laws Hurt Everyone But a Few Powerful Insiders

Certificates of Public Convenience and Necessity (also called “Certificates of Need” or “CON” laws) are used throughout the country to protect politically connected insiders from competition. CONs are separate from all of the government’s health and safety regulations. Even when applicants prove they can meet all of the health and safety rules, they still can’t compete until they prove to the government, and often their competitors, that their service is “needed.” 2 Not surprisingly, the existing companies usually object to new competition. Existing providers also frequently lobby legislators to create new CONs or keep old ones in place.

This limitation on consumer choice harms the public. A business without competition is a business without an incentive to innovate or provide the highest quality service to the customer. After all, if a customer has nowhere else to turn, they have to keep coming back, no matter how poor the service is. That’s what happened when Marc’s patients were forced to use the existing non-emergency medical transportation providers, and that’s what’s happening throughout the country.

CONs decrease the quality of, and access to, care for patients throughout the country. For example, studies show that CON laws harm patients, limit medical resources and reduce the number of available hospital beds by more than 10%. In light of the COVID-19 epidemic, a number of states have waived or suspended CON requirements. Nebraska, along with several other states, waived its CON that restricts the supply of hospital beds.

First, under Article Three, Section 18 of the Nebraska Constitution, the legislature is barred from passing “special legislation”—laws granting special privileges to a limited number of companies or individuals. Stated simply, this constitutional provision was created with “the fundamental purpose … to prevent the enactment of laws bestowing economic favors on preferred groups or classes.” 3

But that’s exactly what the Nebraska Legislature has done. By forcing qualified newcomers to negotiate with their future competitors in order to obtain a CON, Nebraska gives entrenched companies a special privilege to veto new competition.

Second, Nebraska’s CON law violates Marc’s constitutional right to due process of law under Article One, Section Three of the Nebraska Constitution. Nebraskans like Marc have the right to earn an honest living, and the government cannot interfere without a legitimate reason. Under the Nebraska Constitution, preventing competition with insiders isn’t a legitimate reason. The Nebraska Supreme Court has already ruled that it’s unconstitutional to create laws that “stifle business by creating a monopoly or trade barrier.” 4  That’s exactly what Nebraska’s CON law does, which makes it unconstitutional.

Last, Nebraska’s CON law violates the Nebraska Constitution’s prohibition on granting special privileges or immunities under Article One, Section Sixteen. This is because the law grants the existing non-emergency medical transportation companies a governmentally protected monopoly and the right to decide who gets to compete with them. Private companies shouldn’t be allowed to block others from entering the market, and Nebraska unconstitutionally granted those companies a special privilege by letting them do just that.

IJ Senior Attorney Justin Pearson and IJ Attorney Will Aronin are representing Marc and his company. They are being assisted by Nebraska attorney Perry Pirsch as local counsel.

The Institute for Justice is the national law firm for liberty and the nation’s premier defender of economic liberty. IJ brings constitutional challenges to laws preventing people from earning an honest living throughout the nation.

IJ is also the nation’s leading expert on challenging CON laws. IJ has done so in North Carolina, Kentucky, Virginia, Iowa, and Arkansas. Most recently, IJ worked with the Florida Legislature to successfully repeal Florida’s CON law for hospitals.

And IJ is the nation’s leader in challenging transportation cartels, which it has done throughout its entire existence. IJ’s transportation victories are too numerous to list, but an overview can be found here.