Most people accept that the government can fine you a small amount for parking illegally. But can the government cripple you financially for how you park your car on your very own driveway?

In Lantana, Florida, that is exactly what happened to local homeowner Sandy Martinez. The city fined her more than $100,000—at a rate of $250 per day—for violating an ordinance regulating how one can park their car on their own driveway. When stacked on top of the astronomical fines the city imposed for two other trivial code violations—$47,375 for a storm-damaged fence and $16,125 for cracks in her driveway, each of which she fixed as soon as she could afford to—Lantana has fined Sandy over $165,000. That outrageous amount is nearly four times her annual income and more than half the value of her home.

But the government cannot lock you into a lifetime of crushing debt for such harmless code infractions. That is because Florida’s Constitution clearly forbids “excessive fines.” This protection enshrines a centuries-old axiom: The punishment must fit the crime. By trying to impose ruinous fines on Sandy for such minor infractions, Lantana is violating Sandy’s constitutional right to be free from excessive fines. To fight back, she’s teamed up with the Institute for Justice (IJ) to file a lawsuit in Florida state court to hold the city accountable for this unconstitutional behavior. Denial of Town's Motion to Dismiss Homeowner Facing $100,000 Parking Violation Wins First Round of Her Lawsuit Against Florida Town

Sandy is a working-class mother of three. Along with her children, Sandy shares her home with her 81-year-old mother and her older sister. Four of them, including her two working-age kids, hold down full-time employment to help pay the bills. Those four each have their own cars, which they rely on to get to and from work. And given their varying schedules and responsibilities, that means that parking all the cars neatly in their relatively small driveway can be tricky. While they have been mostly successful over the years, Lantana has cited Sandy a handful of times for violating a town ordinance that strictly prohibits parking even partially on the lawn rather than perfectly on the driveway.

As if this kind of picayune enforcement wasn’t bad enough, Lantana doesn’t just issue a one-time citation when code enforcement officers notice a violation of an ordinance, as most Floridians might expect. Instead, the citation sets a fine amount, and that amount accrues each and every day until the offender calls the city and formally requests an inspection to verify that the violation has been fixed. So even if someone has long since fixed a violation, fines can rapidly snowball into thousands of dollars or more if the homeowner forgets to ask an inspector to come by and confirm.

That’s exactly what happened to Sandy. Each time Sandy was cited for a parking violation, she remedied the issue quickly. But getting ahold of the town can prove to be extremely difficult. In one instance, after several unsuccessful attempts to reach an inspector, Sandy simply forgot to continue following up. And so the fines of $250 per day—for parking on her own lawn—continued to add up, every day. The fines then continued to accrue for more than a year. Once Sandy found out the fines were still running, she immediately called again and secured an inspection. But by that time, the fines for that single parking citation had grown to the astronomical amount of $101,750.

To make matters worse, this wasn’t Lantana’s first time imposing a crippling fine on Sandy for a minor infraction. One time, a fence on her property became heavily damaged during a storm, and Sandy was stuck waiting for her insurance claim to process so she could afford to replace it. Rather than express understanding with her predicament, Lantana imposed daily fines for the downed fence that totaled more than $47,000. And in another instance, Lantana fined Sandy more than $16,000 for cracks in her own driveway that she couldn’t immediately afford to fix.

All told, Lantana is fining Sandy more than $165,000. That amount of debt is outrageous—it would financially ruin Sandy for the rest of her life. She pleaded with the government to reduce the fines to a reasonable number that she could afford to pay. The government’s idea of “reasonable” was an offer to reduce the fines for these three trivial infractions to $25,000—but only if Sandy paid in full within three months. Sandy and her family are hourly workers and live paycheck-to-paycheck. She simply couldn’t come up with that huge sum of money on such short notice—especially in the pandemic-ravaged economy.

Sandy is tired of being financially abused by Lantana. And thankfully, the Florida Constitution—which forbids “excessive fines”—protects her from these crippling sanctions.[1] That protection is well-grounded in Western legal history: It dates all the way back to Magna Carta in 1215. So, if a court agrees that the fines of more than $165,000 are “excessive,” it will declare the fines unconstitutional. And to the extent that the state statute and town ordinances governing code enforcement authorize fines of this magnitude, Sandy is also challenging those provisions as unconstitutional.

The law in this area is surprisingly undeveloped. Indeed, despite their deep historical roots, protections against excessive fines—in both the Florida Constitution and the U.S. Constitution—have until recently laid mostly dormant. As a result, the question of when a fine becomes “excessive” has remained largely unresolved by the courts. In fact, Florida’s Supreme Court hasn’t meaningfully addressed the issue since 1922, when it held that a fine which “shocks the conscience” is unconstitutionally excessive.[2] But other states in recent years have updated their test for what makes a fine “excessive,” announcing clear frameworks that require consideration of many individualized factors.

It is time that Florida courts address important questions that other state high courts have wrangled with of late. For example, California’s Supreme Court has instructed that courts must consider the aggregate fine imposed—not just the recurring, daily fine—in determining whether a fine is excessive.[3] That is a significant development. If such an interpretation were applied in Sandy’s case, for instance, it might mean the difference between paying a one-time fine of $250 versus a fine of more than $100,000 for the same minor parking offense. And Indiana’s Supreme Court—in a case litigated by IJ—has been one of several to hold that the offender’s ability to pay a fine must be considered when weighing whether a fine is unconstitutionally excessive. Legal tradition has long recognized that government fines cannot financially ruin an offender, and states like Indiana have ensured this ancient principle is part of their modern protection.

While the unconscionable amount of fines Sandy faces for such trivial violations ought to easily satisfy Florida’s “shocks the conscience” standard for excessiveness, her case is ultimately about more than just getting Lantana off her back. It’s also about getting Florida’s courts to clarify that the state constitution’s protection from excessive fines is viable and robust. This includes ensuring that Florida courts consider whether a fine is excessive based on the total amount imposed, rather than just one day’s worth of fines. And it includes incorporating the longstanding principle that fines cannot leave Floridians completely destitute.

The fines Sandy faces are particularly egregious, but she’s far from the only American to be crushed by sky-high code citations. A 2017 report by the U.S. Commission on Civil Rights revealed how municipal fines and fees abuse is a nationwide problem. And the issue is likely to only get worse in the near future, as municipalities look for quick ways to make up for revenue shortfalls in the slowed economy.

IJ is the nation’s leader in litigating against excessive fines and code enforcement abuse. IJ litigation led to the U.S. Supreme Court’s landmark decision in Timbs v. Indiana, in which the Court held that the U.S. Constitution’s protection against excessive fines applies to state and local governments. And IJ has represented numerous people trapped by abusive code enforcement practices, including:

IJ has also conducted research into cities that relied heavily on fines and fees to balance their budgets in “The Price of Taxation by Citation.” The 2019 study showed that heavy reliance on fines and fees reduces community trust, a finding that indicates that cities may pay a price for this behavior. And in 2020, IJ released a 50-state survey of state laws governing municipal fines and fees and how they may encourage abusive behavior.

Our constitutional protection against excessive fines is designed to prohibit precisely the sort of abuse homeowners like Sandy face. Her case will lay a legal steppingstone for others similarly victimized across the Sunshine State and beyond.

Founded in 1991, the Institute for Justice is a public-interest non-profit law firm leading the fight against abusive fines and fees. IJ litigates in the courts of law and in the court of public opinion to defend free speech, economic liberty, educational choice, and property rights. IJ has filed lawsuits defending the rights of homeowners against unconstitutional code enforcement practices all over the country.

When a court proceeding may result in a person losing their home, the U.S. Constitution demands a fair process with rigorous safeguards against erroneous deprivation. But the process is Shelby County, Tennessee, is anything but…

Nobody should lose their home because their grass is too long, but that’s exactly what the city of Dunedin is trying to do to Jim Ficken. Jim and IJ are fighting back against these excessive… 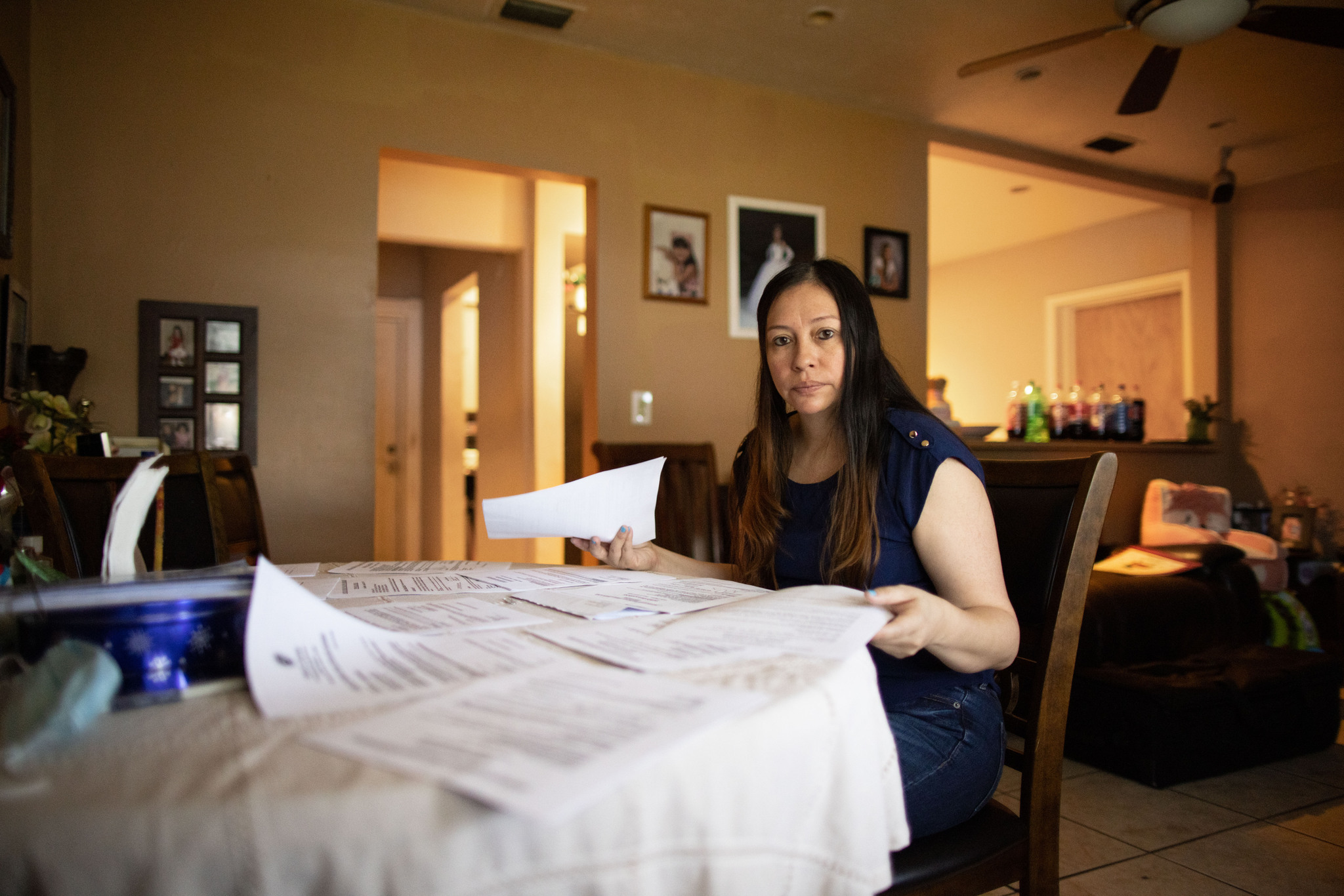