Licensing does not promote safe, quality service and can actually hinder it. 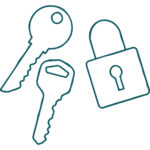 With Jordan Peterson, Occupational Licensing Becomes a Way To Censor

The Presumption of Liberty & Occupational Licensing

This third edition of IJ’s landmark License to Work report finds that for lower-income Americans, licensing continues to be widespread, burdensome and—frequently—irrational. It also provides a blueprint for meaningful licensing reform.

Isis Brantley stood up for her right to braid hair in Texas. After fighting for nearly twenty years, she won.